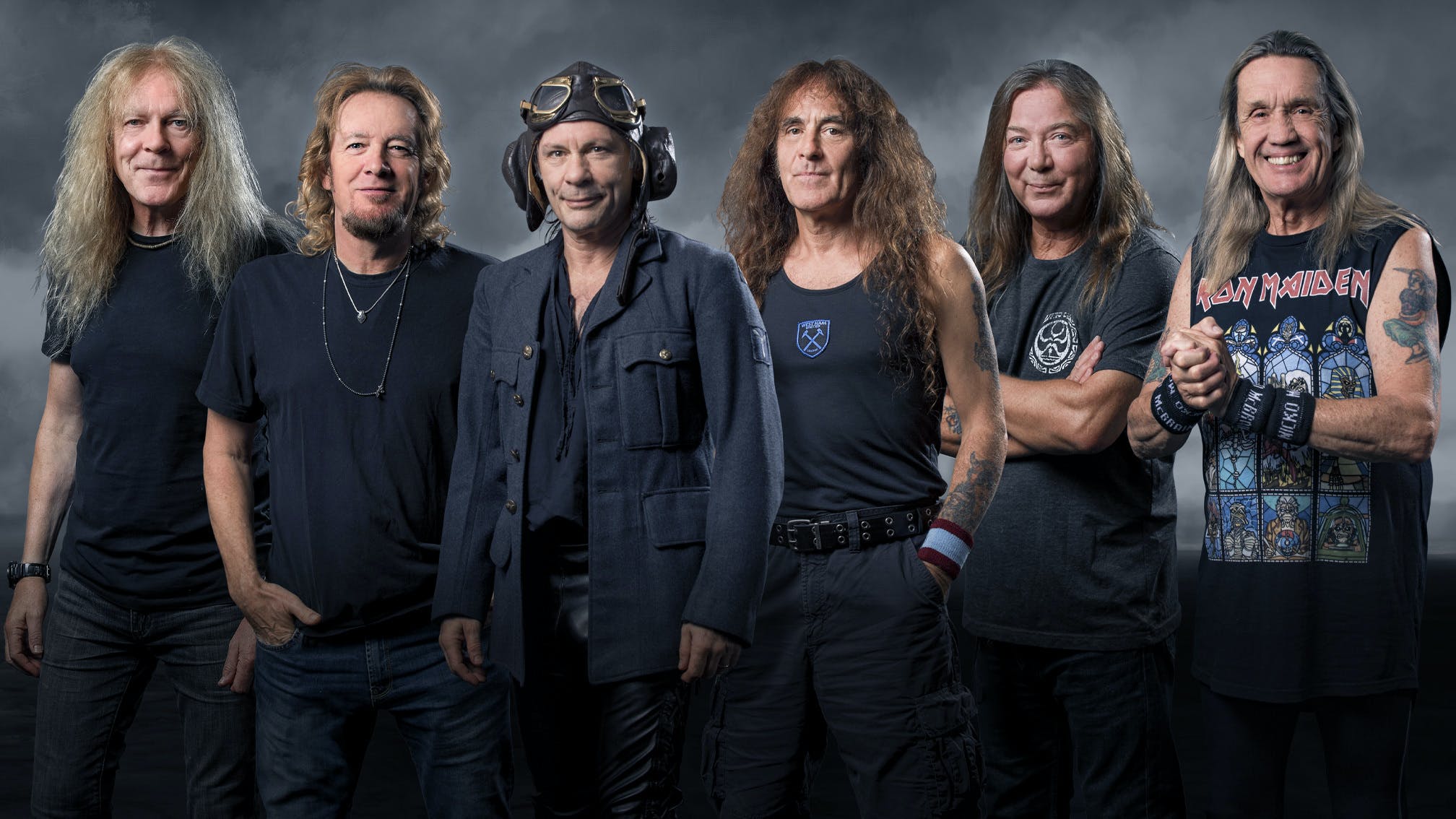 Iron Maiden have got so many bangers – indeed, so many songs – that to pick the dream setlist is folly. Simply by sheer weight of numbers, even the most carefully-chosen set is going to leave a favourite on the subs' bench. And that's just picking a dozen or so songs. Imagine what's fallen down the back of the sofa completely.

And just like picking the best, picking the best lost(ish) Maiden songs is a game with a million different outcomes. Some tracks, remember, have never even been played outside the studio 30 or more years ago. It makes for a genuinely difficult choice in selecting the deep cuts worthy of being revisited and remembered. But one thing we can all agree on: Quest For Fire is nowhere near anyone's list…

Sun And Steel has fallen between the cracks in quite an odd way. By our reckoning, this tale of a highly-skilled Samurai warrior has never been played live, and yet there’s an edition of Maiden’s Trooper beer named in its honour. One might put this down to being dwarfed by the other songs on Piece Of Mind like Flight Of Icarus, Revelations, To Tame A Land and The Trooper, but it’s not even the worst thing on there (take a bow, Quest For Fire and your ridiculous lyrics that put dinosaurs and man on Earth at the same time). True, it doesn’t match up to some of its neighbours, but it’s still a mighty Maiden gallop, and Bruce Dickinson sounds incredibly up for it as he bellows, ‘Well you killed your first man at 13.’

The Loneliness Of The Long Distance Runner (Somewhere In Time, 1986)

Ah, cross-country running, that most heavy metal of pursuits. There’s something about TLOTLDR’s talk of stiles and fields that jars with the slick production and future-y vibe that comes to mind when you think of Somewhere In Time (if only, truthfully, because of the almost-title-track and the artwork), but it’s also a song with plenty of ingredients for a Maiden classic: it’s named after a film, it details a manly contest with glory at the end of it, Bruce grandstandingly sings the title in the chorus. Alright, jogging isn’t as cool a topic to sing about as aerial combat or sword fighting or watching Michael Douglas movie Falling Down, but this remains a bafflingly under-utilised song in the Maiden canon, getting out of the traps just once live.

There aren’t enough songs – metal or otherwise – about submarine warfare. Bruce has actually properly been on an active sub (though he wouldn’t tell us where, when or how). He was even offered the chance to buy one. Here, on this cut from No Prayer For The Dying, he’s simply singing about the dangers posed by these terrors of the deep should your boat find itself a vessel of interest. It’s got a good stomp, not actually that dissimilar to Powerslave, and a different, but killer, chorus to boot. And it’s actually better than its album-sibling Bring Your Daughter… To The Slaughter. Yes, it is.

Afraid To Shoot Strangers (Fear Of The Dark, 1992)

Though No Prayer For The Dying was a step from Maiden’s ’80s sound into somewhere more aggressive and dark, it was on Fear Of The Dark that this change was truly, deeply felt. Here, the theatrical glory of battle is replaced by the conflicting thoughts of a young soldier in the Gulf War, while the music has a grittier atmosphere than previously heard. And while the band had indulged in lengthy, proggy songs previously – Hallowed Be Thy Name, Rime Of The Ancient Mariner, Seventh Son Of A Seventh Son – this was something else entirely. The sharp corner the song turns between the first stage and the second is so unwieldy that it shouldn’t work, while the amount of ground covered across its seven minutes is about far more than repetition. Masterful, even if the way Bruce intones ‘On Earth’ remains comical 29 years later.

It is a wonder, given Steve Harris’ dedication to football, that the beautiful game has not cropped up more often as a lyrical muse. Listening to Weekend Warrior, some may conclude that this is all for the good. These people are idiots. ‘It’s all bravado when you’re out with your mates / It's like a different person goes through those gates,’ sneers Bruce of hooligans over the jaunty riff, before asking, ‘After all the adrenaline’s gone / What you gonna do on Monday.’ Tucked away on the backside of Fear Of The Dark, Weekend Warrior isn’t exactly the first cookie in the jar you’d naturally grab hold of, but it’s still brilliant. Ridiculous. But brilliant.

The Blaze Bayley-era in the second half of the ’90s remains something of a curio in the Maiden timeline. Recalibrating themselves with a new singer and, after a decade spent as the biggest and most important metal band on Earth, starting a new chapter in a world where their dominance was no longer total, it’s often cruelly overlooked as a repository for good songs. Get past the really weird-sounding bass intro, and Blood On The World’s Hands is one of them. There’s a really satisfying, heavy chug to the riffs, and Blaze brings a gruff, dogged, fighty energy to the game. Proof that there’s more great songs besides Sign Of The Cross and Man On The Edge to be had on The X-Factor.

Virtual XI is always going to come in last when ranking Maiden albums, but it does have at least two genuine classics on it: The Clansman (as evidenced by the fact that Maiden busted it out on their last tour), and this. True, it’s not a totally deep cut, having made it into the second Bruce era by being played on the Ed Hunter tour in 1999, but it’s also one that remains decidedly under-appreciated. Doing its business in under three minutes, it’s a forward charge of fast-riffing Maiden-isms that kicks the album off in solid fashion. And, last laugh, where some critics at the time thought its lyrical references to virtual reality and questioning where the world ends and the digital dream begins were naff (along with the Ed Hunter video game), now that we’re living in a horrible computerised Hell, they stand up very well. Good show.

It was a bold move, playing A Matter Of Life And Death in its entirety on its post-release arena tour. But it highlighted not only the continued relevance of a band 36 years away from their debut album, but also the immense pride they took in their work. Clocking in at 72 minutes in total, there’s an element of eating an entire wedding cake to yourself about doing the whole thing in one sitting, but then, even here in its penultimate track, the drama, creativity and epic thrills are all there. Slowly getting to its point via a lengthy guitar intro, when the chunky riff kicks in properly, it’s a perfect example of Maiden at their most stunningly vast.

It’s weird that Starblind has never felt the warmth of a stage light. Firstly, it’s very good, but also its main rhythmic thrust – in which the punches land in a far more interesting and urgent manner than plenty of other tracks – would sound immense at stadium volume. Here, housed on The Final Frontier, everyone sounds slightly on their toes, but it just adds to the off-kilter tension. And, actually, given how recent it is in their catalogue, Maiden could do well to take a look at The Final Frontier as a whole when they’re next putting together a setlist. Full of underrated bangers, that one, this being chief among them.