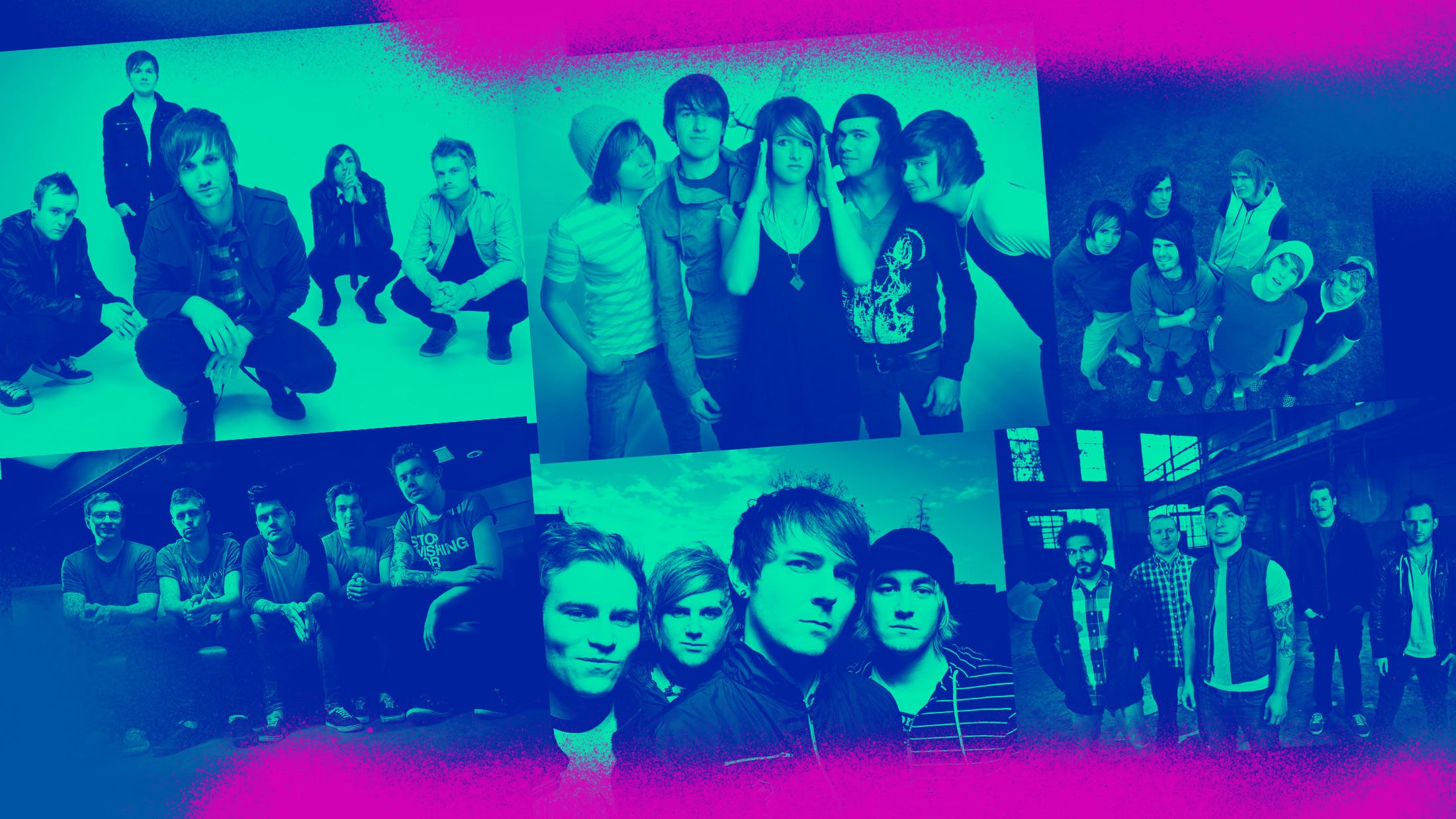 Catchy choruses, teenage angst and lyrics about heartbreak and hometown memories, the tropes of pop-punk are one of rock’s biggest clichés. Despite the disdain some have for the genre, however, the scene has spawned some of the rock world’s biggest names, with the likes of Paramore, Fall Out Boy and All Time Low blossoming into bands recognised by the mainstream. Sadly, there were many others who got left behind as the genre’s breakout stars went on to bigger and better things, and here, we take a look back at 11 pop-punk bands from the past 20 years that you may have forgotten about…

For a brief period in the mid-’00s, Michigan pop-punks Every Avenue threatened to become a big deal. They did all the right things, like touring with scene leaders All Time Low and Mayday Parade, signing with reputable label Fearless and making it onto Warped Tour, but aside from 2009 single Tell Me I’m A Wreck, which has clocked-up close to 18 million Spotify streams, their music never made an impact they should have. They reformed in 2018 for a handful of gigs, and they’re playing a couple of ‘Holiday Hangover’ shows at the end of December, but there’s no word on new music from the five-piece.

2008 debut album Underdog Alma Mater was a low-key hit in the pop-punk world for Forever The Sickest Kids. Spawning tunes with plenty of bounce and woah-ohs like the (not so) imaginatively-titled Woah-Oh (Me Vs Everyone), the band’s music was very cheesy, but it looked like they had the potential to build something for themselves. Two albums and a few more pop-punk bops (What Do You Want From Me, She Likes (Bittersweet Love)) later, the band went on hiatus in 2013. More recently, Forever The Sickest Kids played a couple of festival shows in their native Texas over the summer, whilst a 10-year-anniversary vinyl edition of Underdog Alma Mater was also released in 2019.

This band had some bangers. How You Love Me Now and Homecoming, taken from Hey Monday’s sole full-length album, Hold On Tight, fizz with an infectious youthful angst that saw the band impress Fall Out Boy’s Pete Wentz, who signed the Floridians to his Decaydance label. Hey Monday gained some commercial success when their song Candles was featured on hit TV show Glee, and following their 2011 hiatus, vocalist Cassadee Pope found fame on the U.S. version of The Voice, winning series three and subsequently releasing an album that topped the American country charts. The band reformed for a one-off show in November, but any future plans remain unclear.

One of few bands on this list to have been actively releasing music in recent years, Ohio pop-punks Hit The Lights dropped acoustic ballad All Messed Up last year, while their last full-length, Summer Bones, landed in 2015. It’s been a quiet 2019 for the band, though, with members involved in other projects, such as vocalist Nick Thompson’s pop-punk outfit Thief Club, who just dropped a decent new song called Chicago. A continued social media presence suggests there may yet be more music from Hit The Lights in the future.

Boyish pop-punkers Sing It Loud burst onto the scene with youthful 2008 LP Come Around, releasing their second and final album, the more mature Everything Collide, two years later. They had some good tunes, most notably their debut’s title-track, whilst they also collaborated with All Time Low’s Alex Gaskarth on the song No One Can Touch Us. Things didn’t last, however, and just four months after their second LP came out, Sing It Loud announced their split via MySpace.

Scrappy pop-punks Jettingham are best known for their song Cheating, which boosted the band’s career considerably when it featured on the soundtrack to American Pie 2. A brattish, snotty track, it was perfect for a teen comedy movie whose predecessor had featured a cameo from blink-182. That was about as good as things got for the Fort Wayne boys, however, with Cheating’s brief prominence the only real impact the band made before splitting.

Certified Gold in the UK, Son Of Dork’s sole album, Ticket Outta Loserville, was met with a warm reception upon its release. Formed by James Bourne after power-pop trio Busted split, Son Of Dork saw James push the sound he crafted with his previous band further away from its pop roots, albeit Ticket Outta Loserville remained a very commercial affair. They split following a period of inactivity, and despite reunion rumours circling a few years ago, the reformation of Busted appears to have quashed any potential Son Of Dork reconciliation.

Another one-album-wonder from the ’00s pop-punk scene, Londoners Go: Audio accomplished some pretty cool things during their brief period as a band. The five-piece supported pop heavyweights McFly, as well as playing alongside the likes of Bowling For Soup throughout their three years together. They also headlined the third stage at Download Festival 2009 and scooped a Kerrang! Awards nomination for Best British Newcomer in 2008. However, just a matter of months after releasing debut album Made Up Stories, Go: Audio called it a day.

Having just released their 20 Years And Counting anniversary record, Chicago pop-punkers Allister are still pretty active. The anniversary album included a handful of new recordings from the band, as well as classics like Somewhere On Fullerton. The pop-punk veterans’ last album-proper was 2012’s Life Behind Machines, which teemed with a late-’90s/early-’00s throwback sound that’s best evidenced by lead single 5 Years. Live shows have been thin on the ground in recent years, and it remains to be seen whether Allister plan to get back on the road.

Philadelphia’s Valencia are another band who’ve been active during 2019. The band appeared at the 25th anniversary Warped Tour event, whilst they also released two new songs over the summer, California and RX. They remain best known, however, for their 2005 debut LP This Could Be A Possibility and its song The Space Between, which has all the hallmarks of a typical mid-’00s pop-punk anthem. Valencia are still together since reforming in 2016, but there’s been no word of a new album yet.

Wales’ Save Your Breath called it a day a while ago, but during their time together the Newport boys gave us some good tunes, particularly those which made up debut album Vices, released in 2011. The rollicking pop-punk ride that is Nothing Worth Having Comes Easy is the band’s definitive song, all raw feeling and youthful abandon. Part of a wave of UK pop-punk bands that included Me Vs Hero and Out Of Sight, groups like Save Your Breath paved the way for Neck Deep, ROAM and WSTR to go on and make a name for themselves in the scene.

The BRIT Awards announce NFT collection to celebrate the 2022 winners

In partnership with eco-friendly platform Serenade, the BRITs have announced an NFT collection to celebrate this year’s winners…

Ghost: “You have to destroy to rebuild, but that doesn’t mean you have to level everything into gravel”

With darkness, division and diabolical leaders everywhere, the world appears to be turning into one giant Ghost song. As they reappear with their new album Impera, we find Tobias Forge harking back to the Victorian age and finding it not so dissimilar. He takes us through the band’s fifth offering, and how their empire continues to grow…