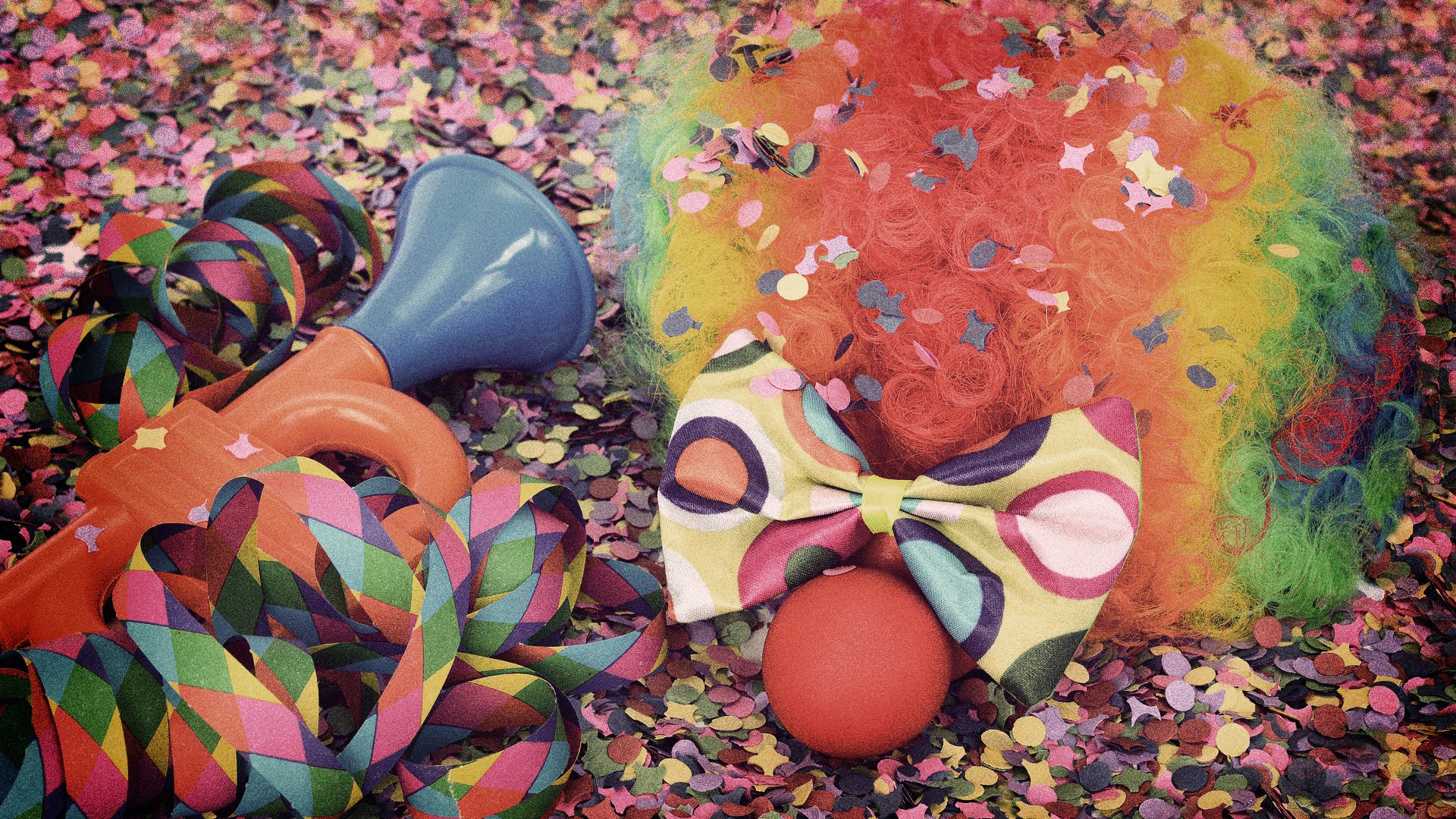 Clowns have been around for centuries, and scaring people from the get-go. Sometimes with their challenging ideas, shocking disrespect for authority and gleeful outsider status, but more frequently with their scary-ass faces.

Coulrophobia is the proper name for a fear of clowns, something that got a lot more common in the aftermath of real, terrifying clown John Wayne Gacy, as well as fictional terrifying clown Pennywise from IT.

A few bands have taken it upon themselves to slap some greasepaint on and deliver riffs along with laffs...

Violent J and Shaggy 2 Dope are nearly three decades into their careers shocking people – just think about the tonnage of facepaint they must have gone through between them. The horrorcore pioneers are not so much a band as a lifestyle – their fanbase, known as Juggalos, even marched on Washington after being erroneously labeled as a gang. There’s a whole industry around them, with their label Psychopathic Records housing loads of ICP-alike acts – Twiztid, Blaze Ya Dead Homie and Anybody Killa – a wrestling league, the annual Gathering Of The Juggalos and occasional film releases. Insane Clown Posse began life as Inner City Posse, but renamed themselves when they decided to follow a horror direction, painting their faces as clowns inspired by their friend Don’s appearance when he was their hype man. Their output has now covered a surprisingly rich mythology, especially when you consider how many of their songs are straight up about eating people. They also produced one of the greatest lines ever committed to music in 2010’s Miracles: 'Fuckin’ magnets, how do they work?'

Shawn “Clown” Crahan co-founded Slipknot with Joey Jordison and the late Paul Gray, and was the one that suggested wearing masks. Before their first show, on Halloween 1995, when the question came up of what they were going to wear on stage, Crahan produced a mask he’d bought in the mall earlier, annoying his girlfriend in the process by spending the money he was meant to buy her lunch with.

“A few of them were like, ‘No fucking way. You can’t be the only guy wearing some stupid mask’,” he later recounted. “So I said, ‘I really don’t care what you think, this is who I am and this is what I’m going to do.’”

Crahan ended up enjoying the mask enough to name his label, Big Orange Clown Records, after it, and the mask idea turned out to really work well for Slipknot. Outside of the band, Crahan has directed videos for Hollywood Undead and Motionless In White, and in 2015 released his debut movie, Officer Downe.

Six foot eight of pure sad clown, Puddles Pity Party has been the alter-ego of Atlanta native Big Mike Geier, lead singer of Kingsized, for 20 years. Possessing a genuinely beautiful baritone, Puddles never speaks other than singing, his maudlin appearance suddenly giving way to a properly beefy, powerful voice. Career highlights have included viral fame (with a maudlin version of Lorde’s Royals), dalliances with mainstream fame (including competing on America’s Got Talent) and, most impressively, an extended cameo in Mastodon’s Blood and Thunder video during the bit where Neil Fallon from Clutch sings.

Earlier this year, footage arrived online of two clowns going absolutely apeshit in a Portaloo, performing a weirdly compelling mixture of saxophone, synths and death metal style vocals about farts. Sample lyric: 'All of my farts come straight from Hell / You’re already dead if you notice a smell'. It turns out they’ve been around for a while though, releasing a debut album a few years ago that includes the track Diarrhea Inferno Welfare Burrito. Their newest album is called Toilet and is either brilliant or completely, completely shit, it’s genuinely hard to tell.

Melbourne punks Clowns aren’t clowns at all, just punks. There’s no truth in advertising anymore. Their merch includes an amazing shirt of Australian Prime Minister Tony Abbott shooting himself and a rainbow coming out of the back of his head.

We already wrote about these guys. They’re silly.