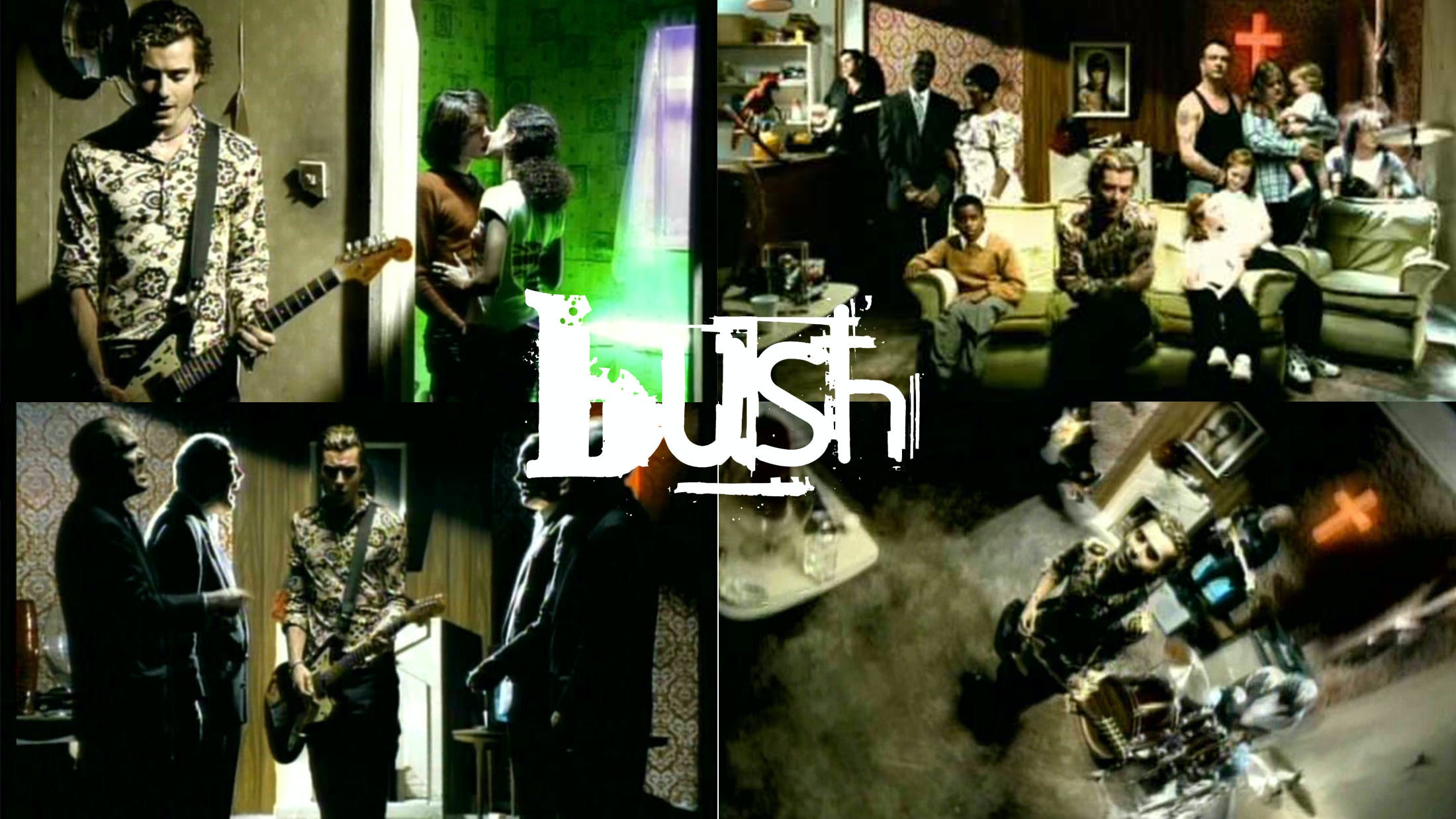 Bush were just never as big in the UK as they were in the U.S.. In the '90s they were absolutely massive in America, while they only really had one hit on their native shores, this song, Swallowed. It reached number seven back in 1996.

But other than that they’ve generally been way, way bigger in The States – Swallowed topped the U.S. charts, for instance. Part of it was grunge falling out of favour, replaced in the charts by Britpop. And part of it was probably a bit of a backlash against a handsome frontman with a posh accent suddenly being the darling of Los Angeles. Bush were seen in some circles as being a bit inauthentic, bandwagon-jumpers cynically following money.

After doing it for 25 years, though, it’s hard to level anything like that at them – you don’t put grunge records out in the 21st Century as a moneyspinner. Also, over the years, their reputation has changed, with accolades including an Ivor Novello Award for International Achievement.

Next year, they’re bringing out their eighth album, The Mind Plays Tricks On You, and playing Download Festival. The new album is said to be extremely influenced by System Of A Down, who also feature on the Download lineup.

With that in mind, shall we dive into Bush?

0.01
This crucifix ended up on the cover of Deconstructed, Bush’s 1997 remix album, which featured a new version of Swallowed featuring trip-hop legend Goldie. The cross also appears in Bush’s Cold Contagious video.

0.03
Hey, look, it’s Gavin Rossdale, the good-jawlined lead singer and guitarist of Bush. The band’s manager once told Rolling Stone, “Gavin is a musician cursed with a model’s face, if you can call that a curse.”

0.14
There’s kissing going on. Is this a kissing video?

0.23
That poor mug. This video came out in 1996, a year after cinema’s most famous mug-breaking, at the end of The Usual Suspects. A sad few years for mugs.

0.38
Swallowed, but by what? Bush’s first album, 1994’s Sixteen Stone, had been a massive success in America and catapulted the band (and Rossdale in particular) to extremely rapid fame – something which brought certain pressures and anxieties with it. In 2017, Rossdale told Entertainment Weekly about his “high-class problem”, saying: "I didn't even know it was possible to get as successful as we got. Swallowed was a sense of getting lost in that tidal wave. [...] When you're doing it constantly and you tour for three years and you're strung out and disconnected from everyone you know and your relationship is suffering because you're away, I just felt like this sense of being swallowed up and eaten up by the life and lost to it.”

0.44
A reasonable amount of this video is just people looking at the camera in a slightly forlorn manner.

1.04
Bush were sometimes accused of trying to sound like Nirvana, never more so than when Bush recruited In Utero producer Steve Albini for this album. Rolling Stone even headlined a big story on them “Nirvanawannabes”. Rossdale had seen Nirvana play at The Roxy in LA in 1991, a year before forming Bush, and said he connected with them because of shared musical tastes. “A lot of people want to guard Kurt Cobain’s estate, and I appreciate that, but what we’re doing isn’t a crime,” he said in 1996. “I hope there’s something of Nirvana in Bush, in the same way that there was a massive element of the Pixies in Nirvana. That’s why I loved Nirvana so much, because I loved the Pixies so much. Gouge Away by the Pixies, was the blueprint for Teen Spirit — Kurt was never uptight about that. And, yes, we may use some of the same dynamics, but I know I have my own thing.”

1.17
A rare bit of 1996 special effects work that still looks good. This bit presumably represents, like, record executives arguing over Bush’s direction or something. The video was mostly shot in Twickenham Studios in London, which had previously been home to films like Blade Runner, The Italian Job and A Hard Day’s Night. The late Sir Richard Attenborough, best known to modern audiences as John Hammond from Jurassic Park, used to have an office there. Some of the video was also shot in Florida, apparently – maybe some of the forlorn inserts.

1.35
The woman going into labour is obviously the focal point of this shot, but also, look! The wallpaper behind her almost matches Rossdale’s shirt.

1.54
Acting, there: Rossdale went on to make small appearances in films including Constantine, Zoolander, The Bling Ring and the romantic comedy Little Black Book. He has also done TV, appearing in Burn Notice, Criminal Minds and Hawaii Five-O.

2.13
At this point, the rest of the band were made up of Nigel Pulsford on lead guitar and backing vocals, Dave Parsons on bass and Robin Goodridge on drums. Goodridge and Rossdale are still in the band today, although Pulsford and Parsons have been replaced by Chris Traynor (formerly of Helmet and briefly of Rival Schools) and Corey Britz.

2.53
See that broken TV? This single had a B-side called Broken TV. Clever!

2.55
Good jumping, right? Those are the legs of a midfielder. Before going into music, Rossdale wanted to be a footballer, and had trials with Chelsea. He described his move into music thusly: “I couldn’t bear not hanging out with girls and taking drugs, to be honest.”

3.28
Jamie Morgan, the director of this video, also made videos for Third Eye Blind’s Semi-Charmed Life and Sugababes’ Run For Cover. In 2007 he made a documentary called Workshop about a Californian sex cult. He also co-wrote Neneh Cherry’s Buffalo Stance. However, he is best known as a fashion photographer (which makes the video make a lot of sense), and has worked for pretty much all the big-ass fashion houses.

3.54
At this point, the one that Rossdale loved a lot was Gwen Stefani of No Doubt. The two of them were together – other than a brief split – from 1995 to 2016, marrying in 2002. They had three sons together, and in 2009 it was revealed that Rossdale was also the father of model Daisy Lowe, who totally has his nose.

4.20
An artfully slow pan back, a fading out of everything but the closing bass, and it’s all over. Well done, everyone. See you at Download!

Bush: The Stories Behind The Songs In Their Upcoming Livestream

Watch a special album-launch livestream from Bush on Monday with Kerrang!