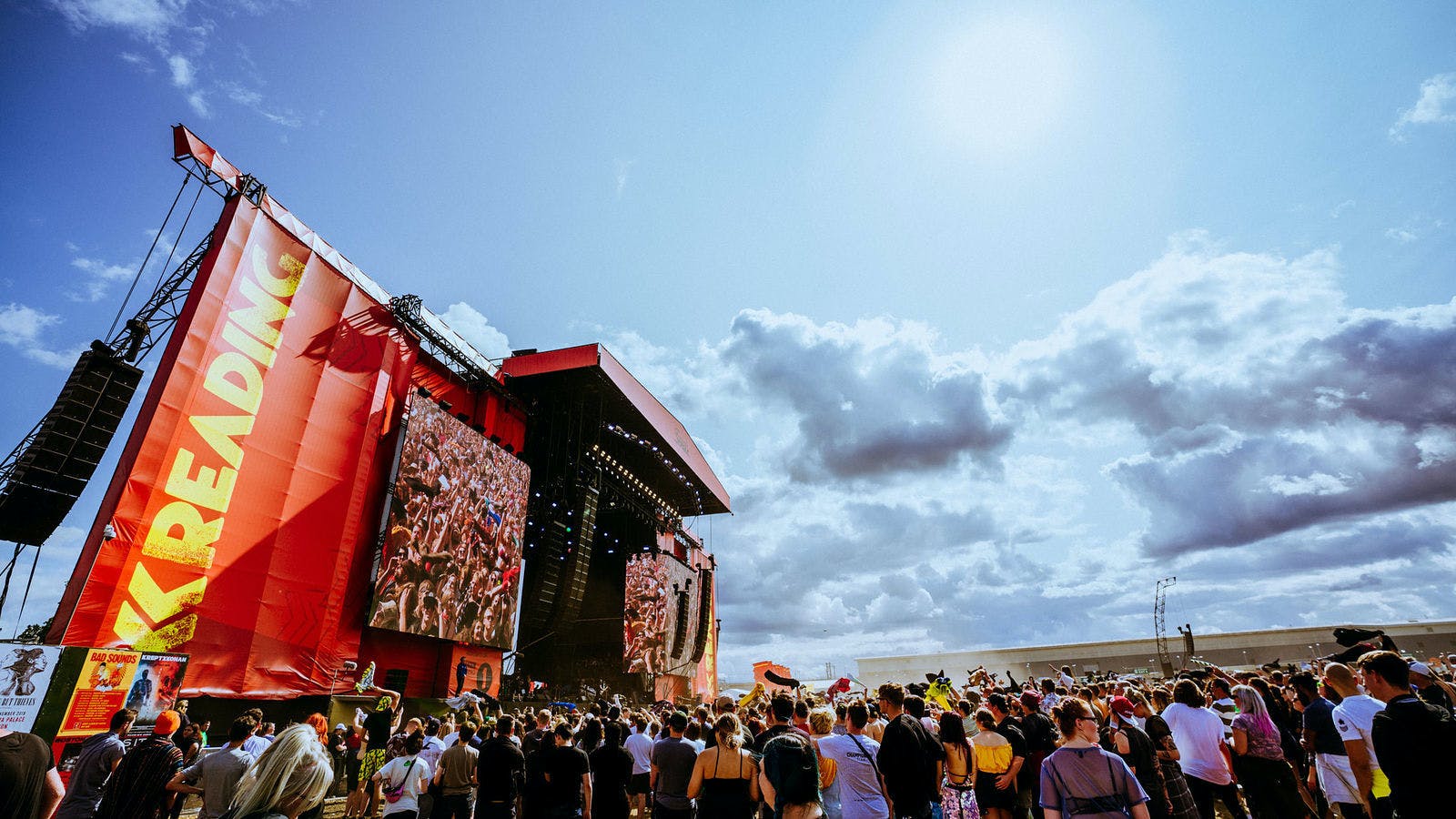 Another year, another colossal Reading Festival. From Fall Out Boy’s headline set to Bring Me The Horizon’s secret show, some of rock’s finest bands were on hand to make sure the last big festival of the season went off with a bang.

BUMBAGS AND BUCKET HATS ARE ESSENTIAL… APPARENTLY
Did we miss the ‘No bumbags, no bucket hat, no entry’ door policy? Everyone – literally every single person – at Reading was wearing either a bumbag, a bucket hat, or both. Don’t get us wrong, the bucket hats are definitely an improvement on those wacky army helmets with horns attached to them, and bumbags are probably more practical than the steampunk goggles that have inexplicably plagued festivals for years on end. But the real question here is: what was everyone keeping in their bumbags? If we had to guess, we’d probably go with phone chargers, horse tranquilisers and backup bucket hats. Probably.

BRING ME THE HORIZON ARE BACK
If you happened to feel the ground shaking over the weekend then don’t worry it wasn’t an earthquake, it was the rebirth of one of the UK’s most important bands, who erupted onto the Radio 1 stage at Reading under the alias An Invitation To Salvation. Walls of death, circle-pits and carnage ensued. Get more on that here.

MIKE SHINODA IS THE MAN
No the crowd wasn't crying, they'd just all gotten something in their eye at the exact same time. That was roughly around the time that Mike invited them to join in with a piano-only rendition of Linkin Park’s In The End. The whole field combined could never make up for Chester not being there, but they definitely gave it their best shot.

SUM 41 STILL RULE AND… DERYCK WHIBLEY IS CAPABLE OF SOUNDING LIKE CHESTER BENNINGTON?
Not so long ago it looked like we might not see Sum 41 ever again. Deryck Whibley was battling near-fatal alcohol addiction and the band was well and truly on hold. But here they were, complete with guitarist Dave ‘Brownsound’ Baksh, absolutely nailing their Reading set in front of a stupidly massive crowd. How do you top that? A cheeky cover of Linkin Park’s Faint, which saw Mike Shinoda return to the stage and Deryck take on the Chester vocal parts so perfectly that it was really quite eerie.

RAIN CAN’T STOP THE ROCK
Dinosaur Pile-Up, The Joy Formidable and Billy Talent all battled hefty downpours during their Sunday morning main stage slots, but did it dampen their spirits? Did it heck. To be honest, we’ve been to too many gloriously sunny festivals this year, we’d almost forgotten that it rained in the UK, so we were definitely due a soaking at some point. And the best bit is, everyone still had fun regardless.

THE FESTIVAL HAS ITS OWN PRIMARK
Ever been at a festival, having the time of your life with your mates, watching bands give some of the best performances of their careers and then suddenly you’re like, ’Ah man, I wish I was scrabbling around fighting over cheap garments on the floor of a Primark right now instead’? Nah, us neither, but anyone who did was in luck because Reading had its own onsite Primark this year. Actually, maybe that’s where all the bumbags and bucket hats came from? Hmm.

FALL OUT BOY LIKE FIRE… A LOT
If Fall Out Boy ever come around to your house, you might want to hide the matches. We know they like to sing about lighting ’em up (up, up!) but their killer Friday night headline show was ridiculous. First there was regular pyro (if there is such a thing), then there was green and purple pyro (who knows how, probably witchcraft or something), then there were fireworks (oooh, ahhh), then Pete Wentz just went ‘fuck it’ and turned up armed with a bass guitar with a flamethrower built into it. Crikey. We have a sneaking suspicion that they went to a garage sale at Nikki Sixx’s house and bought a job lot of Mötley Crüe’s old stage gear…

PETE WENTZ LOVES ALAN SHEARER
Speaking of Pete Wentz, guess who came back for Fall Out Boy’s encore wearing a vintage England football shirt with Alan Shearer’s name on the back? Rumour has it that Alan Shearer was seen in the pit wearing a homemade Pete Wentz T-shirt howling along to Grand Theft Autumn. We say ‘rumour’. What we mean is we definitely just made that up.

See you next year.

Reading Festival 2018Sum 41Fall Out BoyBring Me The HorizonMike Shinoda