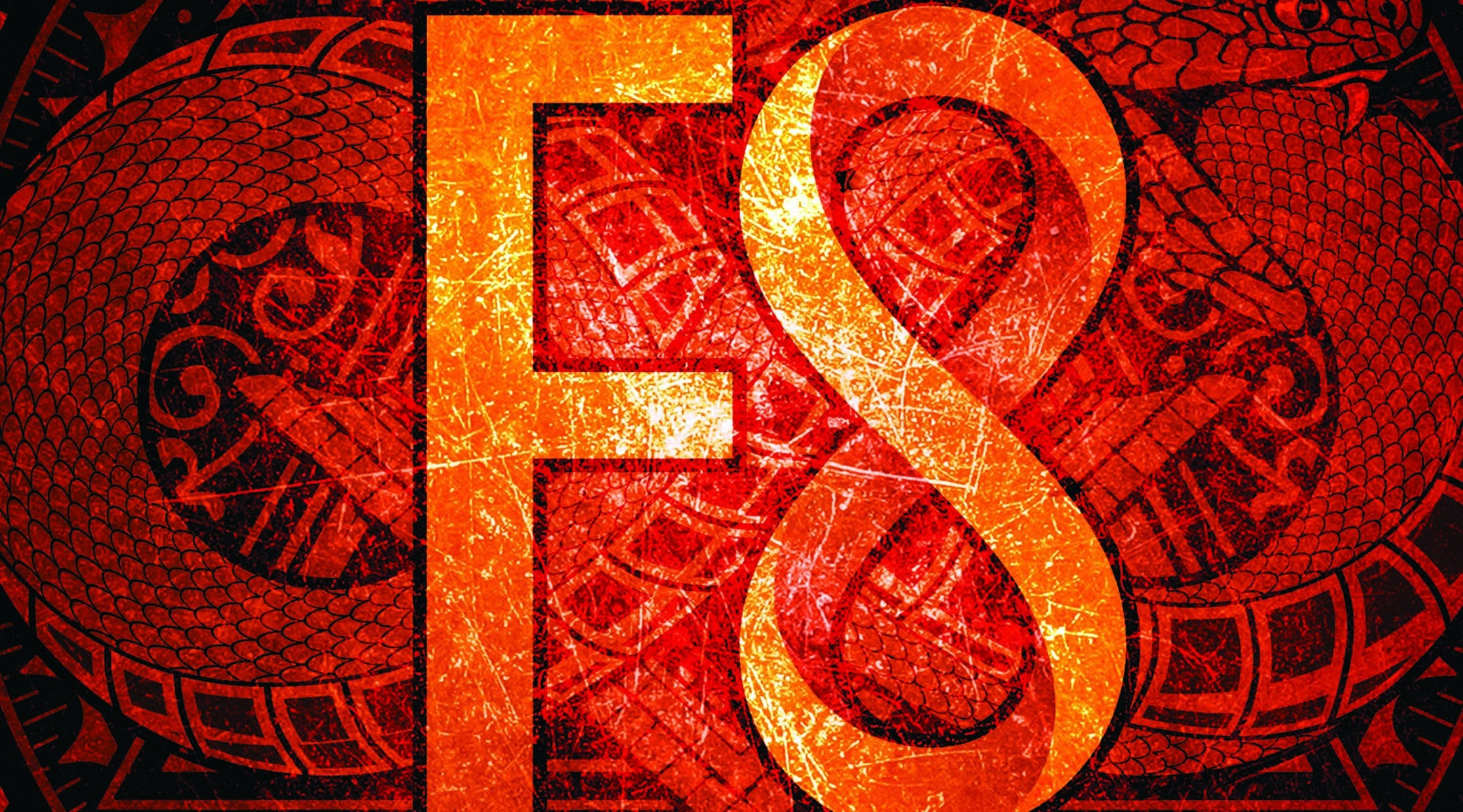 During Five Finger Death Punch’s return to Wembley at the end of January, frontman Ivan Moody declared that the next time we see them, they’ll be headlining Download. Was this arrogance? Madness? Or simply a grasp of his own band’s continuing momentum and inevitable rise to the top? According to the numbers, the Las Vegas sluggers are currently the third biggest hard rock band in the world in terms of total consumption, with only Metallica and AC/DC garnering more combined sales and streams. Let that sink in for a while.

They’ve got to this point by picking a game plan and perfecting it. They’re not the heaviest band you’ll ever see. They’re not the most technical, the most experimental or the most creative. But they absolutely excel at being Five Finger Death Punch. That means storming live shows and a string of albums that have been solidly effective without ever really hitting those peaks of extraordinary perfection that Metallica or AC/DC have at their finest.

F8 is FFDP’s eighth studio full-length and it isn’t bucking the trend. As the title-track intro builds to a cinematic climax, opener proper Inside Out bull rushes into the fray on a big chugging riff. Ivan spits out the verses in a rhythmic growl before a soaring, melodic chorus takes the spotlight. There’s an emotional heft to a song that deals with the fallout of the singer’s substance abuse issues but musically it’s classic Death Punch, including the point where Zoltan Bathory inserts a dexterous solo at about the three-quarter mark. Full Circle and Living The Dream pretty much follow suit, with the latter wrapping its stomping riff and sing-along hooks around some far more lumpen lyrics: ‘Captain America, are you off to fight the bad guys? / Hey mighty Superman, can you save us from ourselves?’ Moody queries.

A Little Bit Off does offer a departure, with a Sunday morning R&B groove, before the excellent Bottom Of The Top roars in on a thrashier vibe and a theme that in part seems to question the voyeuristic aspect of watching our rock stars fall apart. ‘Are you not entertained?’ roars Ivan in gladiatorial fashion, and by this point, yes, we very much are. Because whether they’re doing trademark slammers such as Scar Tissue (which isn’t, sadly, a cover of the Red Hot Chili Peppers song), the more measured melodic rock of To Be Alone or the power balladry of Darkness Settles In and Brighter Side Of Grey, they do it all with a ruthlessly efficient and, yes, highly entertaining aplomb. There are few surprises on F8 but, as ever, Five Finger Death Punch get the job done with finely-tuned skill.