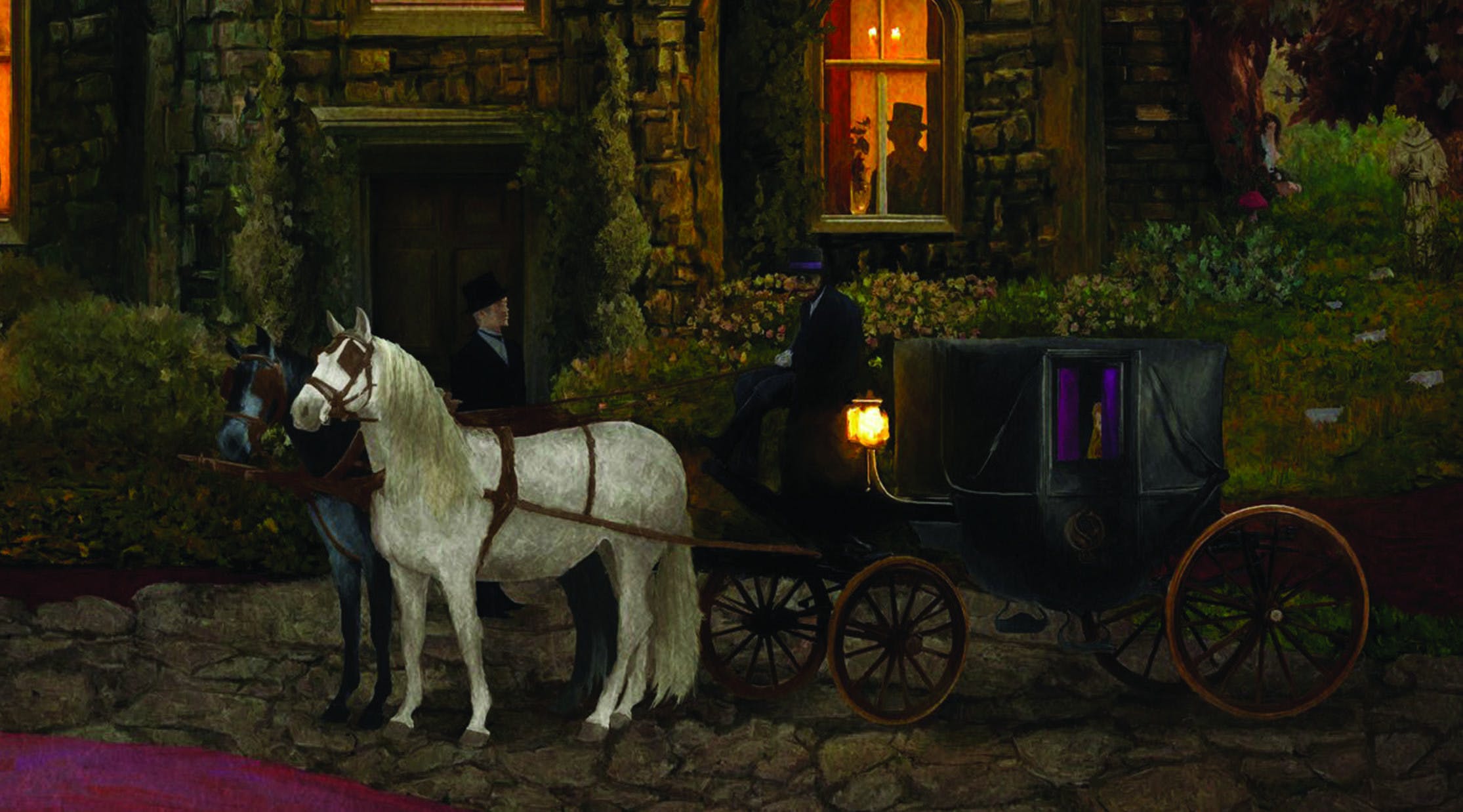 It was while he was doing the school run one morning that Mikael Åkerfeldt had an idea. And while Opeth fans may have come to expect the unexpected from the Swedish prog collective, the frontman’s brainwave was something else. Don’t do a double album, he thought, but do a record where the listener can choose between lyrics in English or, for the first time, entirely in his Swedish mother tongue. As wheezes go, it’s certainly an original one, particularly when you consider quite how wide and varied Opeth’s palette already is.

In the event, it’s actually the Swedish version which feels most intriguing and gives the music as an experience a twist. If you don’t speak Swedish, anyway. Much like Rammstein, not knowing what’s being said, but still ‘getting’ what’s being expressed, adds a layer of intrigue and mystery, which fits Opeth’s frequently enigmatic, mysterious music like a glove.

When it comes to that, In Cauda Venenum sees the band taking an even deeper bath than usual in prog, often without a ‘rock’ suffix. Fans who couldn’t get on with the angle the band took on 2011’s Heritage – where folky touches and Jethro Tull vibes ruled, with barely a trace of the band’s metal past to be found anywhere – may find similar issue here. Mikael himself has admitted that the heavier, more identifiably ‘metal’ songs from In Cauda Venenum’s 2016 predecessor, Sorceress, were kind of done for the benefit of guitarist Fredrik Åkesson, and said this time it’s all for himself. Which means the heaviness comes in a more laid-back form, a vibe rather than an attack. The moments of proper riffing, such as the intro to Charlatan, are intense because of timing rather than volume, while over the top organs provide a ‘70s edge straight from the fingers of Yes keyboard wizard Rick Wakeman. But it’s when the songs really rise up and show their full wingspan that In Cauda Venenum is most surprising. Opener Dignity arrives propelled by choir-like voices that could well be a nod to Andrew Lloyd Webber’s epic rock-opera Jesus Christ Superstar, while the solo on Next Of Kin knowingly wallows in cheese. And it is utter cheese, but it works.

It’s a good album, though not an Opeth classic. It occasionally meanders and feels in need of a few more truly golden moments to tie its various eccentricities together into a brilliant whole. But it does satisfyingly show that, even after 13 records, Opeth are a band still looking for new things to do and throwing themselves into them with both feet. Prog, after all, cannot be done without progression. And though it may leave some fans of the band’s more metal phase wanting once again, a walk through Mikael Åkerfeldt’s musical brain is always a rewarding one.