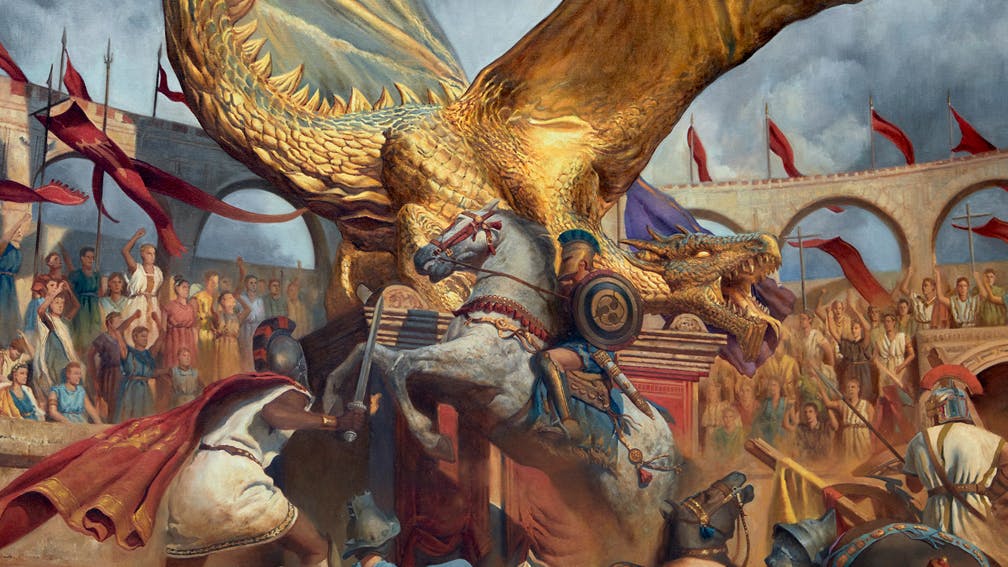 Reaching album number 10 is no small feat for any band, and with In The Court Of The Dragon Trivium join the exclusive club to have made it to this milestone. Formed in 1999, when vocalist/guitarist Matt Heafy was not old enough to drive, the Floridian quartet have always been about crusading for The Metal, blending the increasingly technical with the catchy and creating a sound that is immediately recognisable as their own. That said, over the course of their career they have evolved, experimenting and trying out new things and pointedly not making the same record twice, even if that meant some did not work out as well as others.

With In The Court Of The Dragon, they have in some ways looked to their past in forging ahead, but without compromising their integrity, delivering a record that could be the sequel to 2005’s Ascendancy, which still stands as the greatest addition to their arsenal. Certainly, elements of other albums and outside influences creep in too, but this is the most prominent comparison, and is also a compliment, letting you know just how good it is.

Things kick off with X, a minute and a half of haunting orchestral rumblings courtesy of Emperor mainman Ihsahn, but truly get going with the muscular, explosive title-track. In true Trivium style, it's driven by riffs as complex as they are hooky, with Matt mostly screaming himself stupid, but at one juncture nicely playing his melodic vocal off against a storm of blastbeats to great affect.

Produced by Josh Wilbur (Lamb Of God, A Day To Remember) the whole thing is thick while streamlined, making for state-of-the-art metal, but for all the brutishness on display there's definitely no lack of arena-ready choruses. That on Like A Sword Over Damocles – one of the most energetic tracks – plays perfectly off against the violence, and the soaring No Way Back Just Through, which is notably melodic throughout, is particularly powerful.

Three tracks break the seven-minute mark, and it is hard to say which is the best. The Shadow Of The Abattoir features some almost folky noodling during its verses and a towering refrain, while Fall Into Your Hands is perhaps the most poignant, though also featuring some killer riffs and immediately memorable soloing. Closer The Phalanx, however, covers the most sonic ground, starting out in a richly melodic vein, the track makes room for some edgy riffing, scathing twin leads, savage death metal-derived violence and features an epic climax that is riveting, making for the perfect ending to the record.

Taken together, this makes for one of 2021’s most compelling pure metal releases, and gives its makers reason to feel proud of their craft. Ably demonstrating that they have only grown stronger over the course of their 22-year career, it really would not be a surprise if they finally make the transition into arena-headlining status with In The Court Of The Dragon. These are songs that are built to be played from the largest stages, and deserve to be.

For fans of: Machine Head, In Flames, Bullet For My Valentine

In The Court Of The Dragon is released on October 8 via Roadrunner.