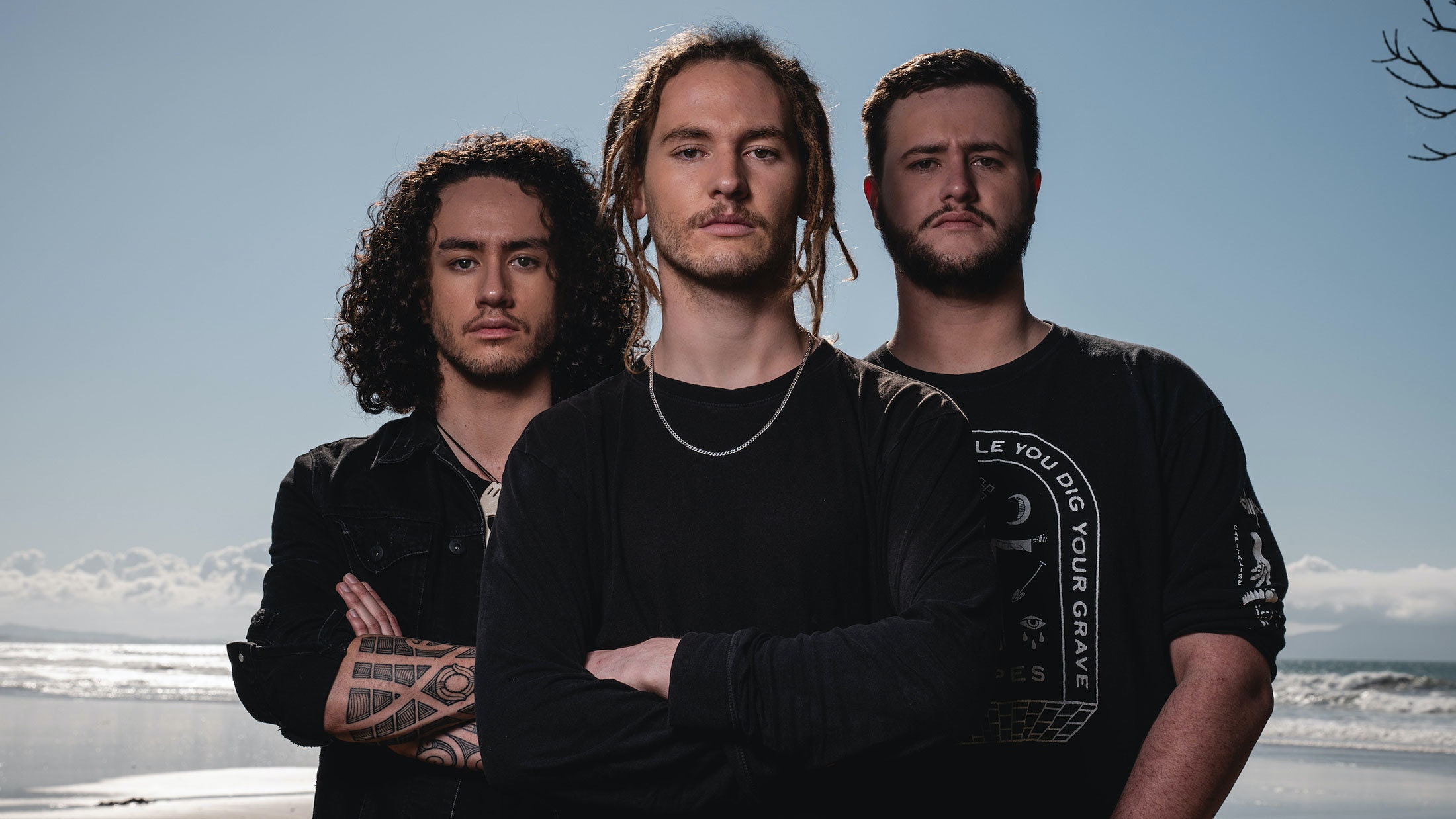 Alien Weaponry are, for now, a relatively small band with a big vision. The New Zealand three-piece, all of whom have Māori ancestry, want to take their culture to the world. They’ve already made quite a start, having toured the U.S. with Ministry, played Download and Bloodstock in the UK and released a well-received debut album, 2018’s Tū, all while still in their teens. The fact that they sing more than half of their songs in their native language of te reo Māori, incorporate traditional instrumentation, and thread their homeland’s history and mythology into their lyrics makes them unique in the metal sphere. But it’s the drilling aggression, the fiery songwriting and the precision ferocity of their live shows that make them such a truly spectacular project.

The band was formed in 2010 by brothers Henry de Jong (drums) and Lewis de Jong (guitars/vocals) when they were just 10 and eight respectively. Dad Niel raised them on a diet of Metallica and Rage Against The Machine, as well as instilling a profound respect for the Māori part of their ancestry. “It's hard to explain how much of an inspiration he has been on us,” says Henry. “He was the one telling us stories about our family, where we came from and that general history as Māori growing up. So yeah, he's been a massive influence on us.”

Recruiting bassist Ethan Trembath from an after-school circus club (the spot is currently filled by Tūranga Morgan-Edmonds, who joined the band last year), the precocious trio set about honing their skills and in 2016 they entered a national music contest with a thrash track sang in te reo Māori. Rū Ana Te Whenua told the story the brothers’ great-great-great-grandfather, Te Ahoaho, who fought and died in the Battle of Gate Pā. This saw a massively outnumbered Māori force emerge victorious against the colonial British army.

“I feel like a lot of people in New Zealand don't know a lot of the stuff that's actually happened in the country’s history,” says Henry today. “It's largely down to the fact you don't really get taught about it in school. We kinda brush on the Treaty Of Waitangi (widely seen as the founding document of modern New Zealand), but it's a very broad brush over one specific event that happened, when in reality there are hundreds and hundreds of accounts of social injustice.”

After winning the competition at their second attempt, the band set about building an audience in New Zealand. They had lofty ambitions and were willing to make sacrifices in order to achieve them, with Lewis dropping out of school to devote more time to touring internationally. “They gave an ultimatum and it was a pretty easy decision to come to. School was set up for what you're going to do for the rest of your life and I'd been working on that for years and years already,” he says.

It helped that the brothers’ parents were on board, of course, and Alien Weaponry continues to be very much a family affair, with dad Niel acting as sound engineer and mum Jette handling the tour management side of things. “We've got some weird parents,” the singer laughs. “There aren't many people that could say their parents would support them quitting school and pursuing a career in music, especially metal music of all things.”

It seems that it might turn out to be a wise move all round. The early momentum built either side of Tū was derailed like so much else by a global pandemic, but now Alien Weaponry are looking to make up for lost time. The band recently signed with the LA-based Rick Sales Entertainment Group, the management team who have guided the likes of Slayer, Gojira, Mastodon and Ghost to dizzying heights. They also have a new album in Tangaroa, which improves on their fantastic debut in almost all respects. They still have that taut thrash and groove metal drive, but this time there are more expansive and atmospheric elements. There are tracks that utilise Gojira-style prog-metal strokes and the traditional Māori instruments (taonga pūoro) are implemented in a way that evokes the approach – if not quite the musical style – of Roots-era Sepultura.

“Interestingly enough, before we wrote our first song in Māori we hadn't actually heard of Sepultura,” says Henry. “We got compared to Sepultura in YouTube comments and it was really strange to see how similar what we were doing was, being years apart and not having the knowledge of what they had done as a band. For us it’s just one part of a very rich and beautiful culture that Lewis and I had the privilege of growing up immersed in. So we did want to share that with people who haven't heard these instruments and this language before. As well as inspiring people in New Zealand to get their shit together and learn about all of this.”

Lyrically, they once more draw on family history and stories from their childhood. Ihenga follows the legendary Māori explorer of the same name, who came over on the family waka (canoe) while Hatu Patu relays the story of one of the brothers’ distant ancestors and his encounter with a witch, the bird-woman Kurangaituku.

“Hatu Patu is related to us way back in our genealogy and that story is quite well-known in Māori folktales, so being able to tell those family stories has a great significance to us,” Henry says.

They also feel that these historical and mythical tales retain a resonance and relevance today, as well as helping to keep the language and traditions alive. This element is undoubtedly a huge part of Alien Weaponry’s essence, but Tangaroa – named after the Māori god of the oceans – also delves into some more universally contemporary themes.

The English-language Unforgiving is about facing up to self-loathing and insecurity, while the title-track itself has an environmental message.

“Last year I went out with my friend to surf just after a storm and I was blown away by the amount of plastic that had washed up on the shore,” Lewis explains of the song’s inspiration. “Sometimes it's difficult to grasp the scale of how bad something is until you go out and witness it first-hand. Even here in New Zealand the amount of plastic washing up is appalling and we're supposed to be this beautiful ‘clean green’ nation.”

Alien Weaponry are a band like no other, combining a sense of tradition and their own unique culture with modern themes and an absolutely killer metallic thrust. They won’t be that relatively small band for long: get ready to watch them explode.

An eclectic line-up of heavy music's outliers made for an awesome night at Irving Plaza.