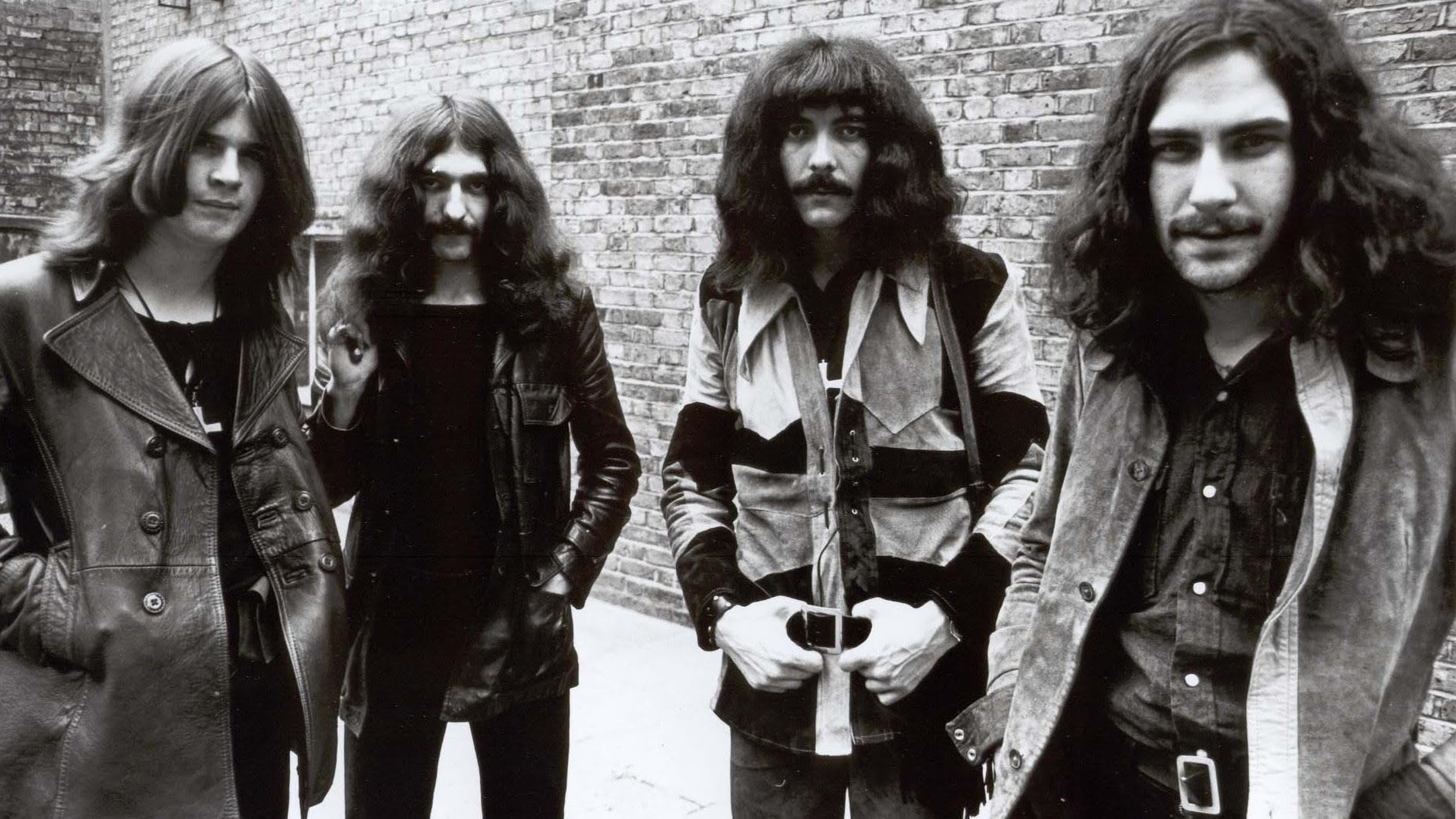 Bill Ward started banging things at the age of three, using a set of cardboard boxes before graduating to a cheap drum kit four years later. By the age of 11 he’d become serious about playing and he began to soak up music that included rock’n’roll, blues and – just as significantly – big band jazz.

Born in Aston, Birmingham, on May 5, 1948, Bill immersed himself in a local scene that was full of remarkable drummers and included the likes of his friend, John Bonham (soon to join Led Zeppelin), Clive Bunker (Jethro Tull) and Jim Capaldi (Traffic).

Just before his 16th birthday, he fell into the orbit of his future bandmate Tony Iommi with whom he began playing in earnest a few years later, when he joined Mythology in February 1968. Within five months that band had folded and the pair had recruited bass player Geezer Butler and singer Ozzy Osbourne to form a band they first christened the Polka Tulk Blues Band, then Earth and, eventually, Black Sabbath.

The allegiances Bill formed with his bandmates – both as musicians and as friends – would help create Sabbath’s unique dynamic both on and offstage. While Tony served up a steady supply of riffs that drove the band’s creative process, Bill and Geezer forged a remarkable partnership that lay at the very heart of Sabbath’s music. Equally significant was Ozzy’s contribution to the band’s melodic development, his irrepressible performances providing Sabbath with a larger-than-life frontman that fans could identify with.

For the first seven years of the band’s career, the four-piece formed what was a truly invincible alliance that revolutionised heavy music and spawned countless imitators – most of whom failed to grasp the soulful power in Sabbath’s music. Throughout that time, Bill Ward’s contribution proved to be immense.

Along with his friend Bonzo, Cream’s Ginger Baker, the Experience’s Mitch Mitchell and The Who’s Keith Moon, Bill helped define the role of the drummer in a modern rock band – his approach based on the perfect mix of feel and technique.

When Sabbath’s collective spirit began to splinter in 1979, it fell to Bill to tell his best friend Ozzy that he was fired from the band. Sabbath recruited Ronnie James Dio as Ozzy went solo, but Bill remained forever regretful of the original band’s demise, initially leaving in late 1980. Tellingly, Sabbath replaced him with drummers that were far more prosaic and traditional in their approach.

In the four decades that have elapsed since then, Sabbath reunions have come and gone – the latest of which did not feature Bill for various reasons (some financial, some health related). Much has been made of the public spats that have followed but spend time in a room with all four original members of Sabbath, and what you experience is warmth and humour, rather than the rancour that stems from the politics around them.

Bill has continued to play with his own band, making music from his home in Seal Beach, California, and releasing it independently. As the pandemic hit, he has also begun posting a series of poems via his website.

Today, as we celebrate the man’s 73rd birthday, we bring you a selective run down of his greatest performances that he cut with Sabbath during his first stint with the band from 1968 through to 1980…

Sabbath’s musical roots lie in the mid-’60s British blues boom and nowhere is that influence more pronounced than on this 10-minute-plus tune from their debut album. Originally recorded by The Aynsley Dunbar Retaliation – the band formed by Liverpool-born drummer Dunbar – this epic jam sees Sabbath making the track their own, the second part of the tune launching itself into a freeform freakout which showcases the interplay between Tony, Geezer and Bill (the latter’s performance as the track reaches its conclusion is nothing short of explosive). In fact, bar a handful of early bootlegs, Warning is as close as a listener can get to hearing Sabbath in full flight during their most embryonic period.

One of Sabbath’s most evocative song titles is another track that stems back to the band’s early days' residency at The Star Club in Hamburg. There, they would play multiple 45-minute sets per night and, in order to lengthen their performance, they would give Bill Ward free rein to improvise during an extended drum solo. Rat Salad is a severely truncated take on one of those percussive forays, showcasing Bill at his most direct. The track itself is recorded with very little reverb, underlining his sheer power in an unadorned fashion.

Ozzy has always admitted that The Beatles changed his life and influenced the way in which he shapes vocal melodies. Ironic then that the Sabbath track that owes the biggest debt to John, Paul, George and Ringo should’ve been written by Bill. The drummer was initially hesitant about presenting the song to the band for fear of offending Ozzy, but once he had, he was invited to record this comforting, contemplative tune. He returned to vocal duties on Swinging The Chain, the final tune on 1978’s Never Say Die.

Battling alcoholism, Bill struggled during the sessions that spawned Heaven And Hell – Sabbath’s first post-Ozzy album. While he acknowledged that Ronnie James Dio was a phenomenal singer, he questioned whether Sabbath had lost their identity as he failed to buy into the new line-up’s lyrical and more polished direction. That said, Lonely Is The Word – with its Zep-styled final section – reminded him of the band’s blues roots, and he delivered a tempered but imposing performance to match.

Much has been made of the title of this tune – so often named Nativity In Black by those seeking a deeper, more ‘Satanic’ meaning in Sabbath’s early material. Geezer has always claimed that it was inspired about Bill’s beard at the time. “It was shaped like a nib,” deadpanned the bassist who wrote the lyrics and which, to be fair, do namecheck Lucifer. As well as inspiring the song, Bill is on thunderous form on this tune. Using one kick drum and snare work, his direct rhythmic thrust allows Geezer to run riot across the track while Tony Iommi lays down a set of trenchant, percussive riffs.

Sabbath’s fifth studio album emerged following a period where Tony encountered a severe bout of writer’s block. The riff that opens the title-track unlocked his creative process and the tune remains one of Bill Ward’s favourite Sabbs songs. Sonically, the album was arguably more polished than its predecessors, but the band’s renewed sense of energy is evident on this, the opening tune – a point that seems to be confirmed by Bill’s first four hits around his kit that follow on from Tony’s seismic riff. Elsewhere, his sensitive playing on the acoustic-led passages confirms Sabbath’s oft-overlooked use of light and shade.

Following on from three hugely successful albums, Sabbath decamped to Los Angeles to record their fourth. “We basically went insane,” admitted Bill when asked about their time there. Despite indulging in near-Olympian feats of excess, musically speaking Sabbath were on a roll and Bill is in outrageous form on this brooding seven-minute-plus opener; his fills sounding heavier and busier than ever, as he once again marshals the band through several time changes. His incredible display is further emphasised by the wild use of phasing on his cymbals.

Bill’s favourite track on the band’s second album, Hand Of Doom once again showcases his versatility through a set of complex time signatures, the first of which comes two minutes into the tune. The track also sees him using his hi-hat and rimshots to fine effect during more subtle moments, as well as resorting to anchoring the core of the track through his right-foot workouts. At around four-and-a-half minutes in, Bill puts his head down and thrashes like a maniac before leading the tune to its conclusion. Once again, Rodger Bain’s dry production on his kit helps to emphasise the sheer power of his playing and contributes to the track’s overall drive.

Housed in a cover famed for Bill Ward’s decision to sport a pair of his wife’s red tights, Sabotage was an album that saw Sabbath beset with business problems. Their own excesses had also become hard to control and they also felt the need to move their sound forward – although they were initially unsure of how to do that. Amongst the musical experimentation on offer on Sabotage, Symptom… is a tune of that roars with defiance – Ozzy pushing his voice to its limit in places. Bill experiments with drum production on his tune, although his playing remains direct until the final section of the track where his playing complements Tony’s neo-classical flourishes.

If the band’s self-titled debut and its successor, Paranoid, were very much the products of the band’s early touring days, then their third album, Master Of Reality, was a more sophisticated offering. All four band members were united in their desire to expand their sound and Bill has often described the album as one of his favourite Sabbath sets. Children Of The Grave is one of the LP's highlights thanks to Bill Ward’s creation of a unique groove. He adds timbale to the mix, doing so in real time rather than resorting to overdubs. Listen to the drum track in isolation (you’ll find a version on YouTube) and you’ll hear just how astounding Bill’s playing really is on this tune.

The track that launched a genre – and then a thousand sub-genres – Sabbath’s signature tune is also a symbol of the unity that existed between the band members as they entered Regent Sound Studios on the morning of October 16, 1969. Bill Ward’s tasteful playing helps thicken the atmosphere throughout, adding to the drama of the music itself, before driving the song to its terrifying climax through his use of a dizzying array of rhythms.

When fellow musicians are asked to pick their favourite Sabbath song, a number of them tend to go for this Vol. 4 classic – the likes of Al Jourgensen, Beck and the late Frank Zappa among them. Certainly, its cartwheeling riff is hard to resist, so too are Geezer’s elastic bassline and Ozzy’s maniacal vocal, but key to the track’s dynamic is Bill’s performance. His isolated hi-hat intro announces the tune in a manner reminiscent of a clutch of soul records, then comes the sheer velocity that he displays behind the kit. The percussive breakdown that hits around the 2:36 mark is the closest that a hard rock band has ever come to incorporating Cuban percussion into their sound. And if that sounds absurd, then that’s because few rock drummers would have the audacity to incorporate elements like that into their playing. Then again, no-one drums like Bill Ward. One of the all-time greats.