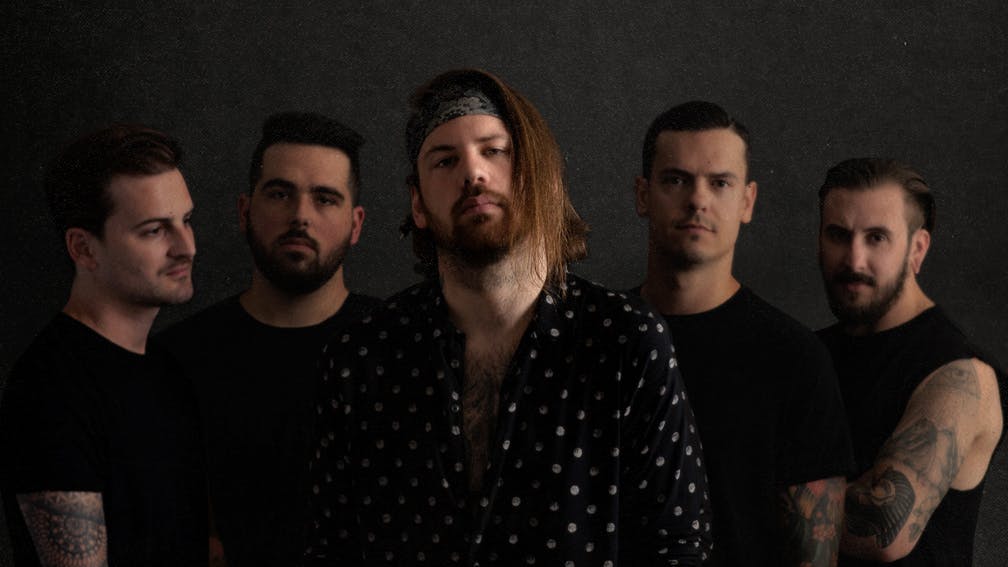 In this week's issue, Kerrang! catch up with Beartooth mastermind Caleb Shomo and dig deep into the band's forthcoming record, Disease.

As well as discussing the incredible undertaking the frontman brought upon himself in the year-and-a-half it took to create the album, Caleb also explains just how gruelling – both physically and emotionally – Disease has been for him.

“I’d say this record was by far the hardest,” he admits. “This was hands-down the most difficult record I’ve ever made – it’s the most depression and anxiety-fuelled album I’ve ever made. It was a really, really hard thing to get through. Emotionally, I mean, good lord! By the end I was in a really fucking bad place. It was tough to fight through. Once I’ve committed to making a record a certain way, there’s no fucking backing out. Say I’m doing a drum track, and a few of the snare hits are off, you just throw a drum sample on and nobody knows any difference. But I couldn’t do that, because I chose for it to be real instruments. So I would sit there and do fucking drum take after drum take, and it was this psychotic fucking thing of, ‘It probably can’t be played any better, but it’s not fucking good enough!’ And then freaking out and playing it over and over again. There was a whole lot of stress that I felt making this album. It was basically between the fight of: ‘Do I really make a fucking true and honest record?’ or: ‘Do I just cop out and make the singles that I know people are going to want to hear? What do I do?’ But I chose to make an honest record, and I’m really glad I made that choice.”

Was there ever a point where you wanted to write about something else, because it was too hard?

“Yeah! I’ve thought about that all the time. I’ve always thought, ‘It would be so much fucking easier if I could write about things that aren’t so stressful, mentally.’ But, if I did that, I’d be bottling up the real emotions inside, and that wouldn’t be healthy either. All in all, it always feels healthy every time I write a Beartooth song – no matter how hard it is. But they are difficult to write. Like, the last song on the record, Clever, I started writing that and then stopped halfway through and got really fucking pissed off. I was like, ‘Fuck this song, I’m so fucking sick of writing about this shit, I don’t wanna write about fucking killing myself anymore, I’m so fucking over it.’ I just had this massive freak-out. Oshie [Bishar, bass] was in the studio that day with me, and he kinda talked me down a bit, and was like, ‘Dude, this is why you do what you do. You’ve got to be able to talk about this stuff that you feel, because a lot of other people feel it too.’ I finished the song, and when it was done I felt a million times better. I’m so glad it’s off my chest, but in the moment it’s fucking awful. It’s really tough to sing those lines.”

Pick up the new issue of Kerrang! – on sale now – to read more from our massive interview with Caleb.

Disease is due out on September 28 via Red Bull Records – pre-order it right now at Beartoothband.com.

Beartooth’s Caleb Shomo: “Riptide is a statement that I’m going through something a little different right now”

Emo bingo, throwback sets and the Backstreet Boys… it can only be one thing: Bring Me The Horizon in Malta!