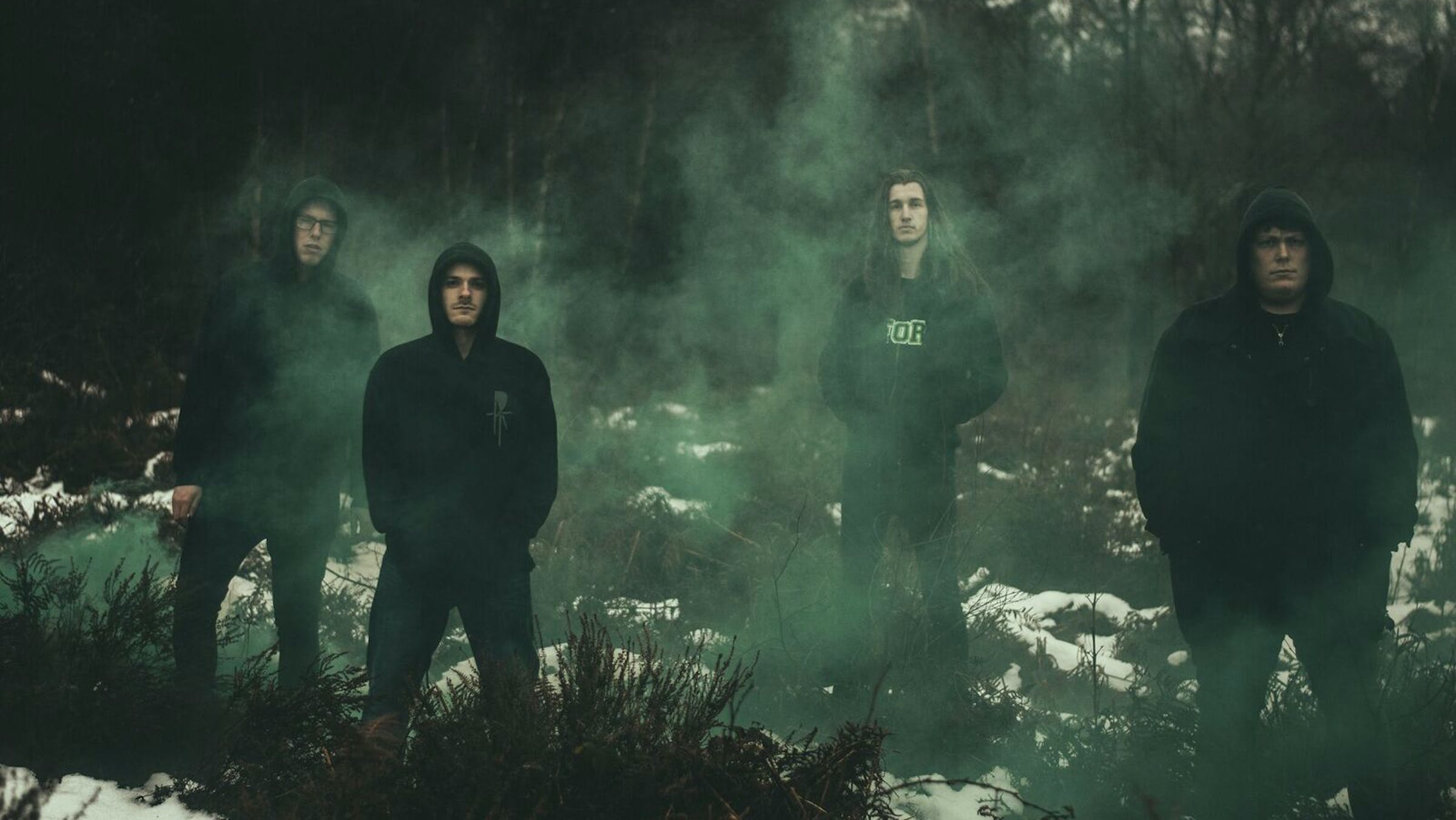 Jeff Irwin, guitarist for seminal California noise metal crew Will Haven, was just looking around for new music on Spotify when he came across his new favorite band.

“I’d heard the name Conjurer before, and they came up, so I listened to their song Scorn,” says Jeff. “And I thought, ‘Fuck yeah!’ They sound like the bands I grew up with -- heavy as hell, but with a really cool atmosphere with them. They brought emotion to their heaviness, and sound very real, like there's genuine emotion behind them. Those are the bands I love, that bring something real to their heaviness, and keep it heavy, and they definitely do that. And I’m a pretty hard critic on music, so for a band to penetrate immediately, that was a big deal for me.”

Jeff’s praise echoes a sentiment felt across the UK’s metal scene. This year, Conjurer shouldered their way into the spotlight with their debut album, Mire. With a lush, lumbering hybrid of death metal, stoner doom, and sludge, Mire brings the kind of uncompromising emotional deluge that most bands dream of someday communicating (which certainly helped in earning it the #19 slot on our Albums That Shook 2018 list, and inspired us to have them play for 50 fans in a cramped K! Pit performance).

That it was created by a fresh young band on their first full-length album is both impressive and promising. Jeff saw much of Will Haven in the band -- heavy without being cheap, ambitious without being trendy, pushing a sense of unhinged heaviness with emotion alone. He dug the band so much that he decided to push for Conjurer to join Will Haven the next time they played across the pond.

“When we did the last tour, they popped into my head, and I really championed them,” says Jeff. “We did Paris and Amsterdam together, and it was great. There was a feeling we had back when we played with the Deftones -- we had to go out there and destroy the crowd every night. That’s how Conjurer were. They were awesome live. I feel like their music is so big that people had to watch it, no matter what.”

As the band prepares for their upcoming Kerrang!-sponsored tour with Rivers Of Nihil, Entheos, and Wolf King, it looks like Conjurer are set to shift from UK sweethearts to international underground sensations -- a fact made all the more impressive given that the band’s sound, while compelling, is in no way typical, or easy to pigeonhole. In fact, other than exciting, powerful, and bleak as hell, what does one even call Conjurer?

“I would like us to be called non-specific UK metal,” laughs Conjurer drummer Jan Krause. “It’s certainly more accurate than specific metal. Honestly, [our sound] was an accident -- when Dan and Brady [Deeprose, vocals] started to write, they just went with what they wanted to write, and that became our EP. And as we began to write more and more, and you had more people sticking their oar in, it became this huge amalgam of all our thoughts and ideas.”

“I’d settle for ‘UK-based riff music of the shouty sort,’” says guitarist Dan Nightingale. “We respect bands like Will Haven and Yob, who go with the sad heavy. I remember when [Will Haven's] Voir Dire came out, there was a bit of mystery and spookiness to that, and I liked that. A lot of bands hate labeling themselves, but we kind of wanted to, just for the Facebook page and stuff like that. But we’ve never really known what to call it.”

This isn’t to paint Conjurer as a band of newbies who stumbled upon some genius formula. The members of the Rugby-based quartet have all been part of different local bands in the past, and have been metalheads throughout the genre’s recent growth spurts. But more than anything, those previous forays into whatever niche scene was most popular at the time taught them what they didn’t want to do.

“The old bands I was in, we really were trying to be in a scene,” says Dan. “It was shit, but it was a prevalent metalcore scene, featuring bands that were made on the super pristine razor-sharp metalcore. And because we followed that so much, we just sounded like even more rubbish versions of that. So when our bands split up, and all those bands split up, me and Brady sat there looking around thinking, ‘There’s nothing here. What do we do?’ It wasn’t a scary thing -- we weren’t thinking, ‘There’s no trend to follow, there’s no scene to wave the flag for,’ it was like, ‘Well, we can just...do what we want now!’”

According to Dan, the band’s sense of isolation in Rugby provided a great creative drive. Without a thriving local scene or strong network of venues, the band was cut off from what they were supposed to be playing, and could instead focus on what inspired them.

“Down the road from us in Coventry, there’s still a scene,” says Dan. “It’s not particularly great, but bands still play there, and there are venues. but in mine and Jan and Brady’s hometown of Rugby, there’s nothing. Absolutely nothing. So coming from that, it was sort of a blessing in disguise. It would be great if there were any venues at all in our hometown, but at the same time, it gave us a push. Like, ‘Well, we’re going to have to find something ourselves.’”

Obviously, Conjurer’s separation from metal’s mainstream face has paid off. With Mire’s raw emotionality wowing audiences around the world, and their US debut coming up in March, the band are on a path to become one of metal’s brightest young acts. Could they be the first in a wave of earnest, talented young acts to spearhead a new movement in metal for the next generation of headbangers?

“…we have not thought this far!” laughs Dan.

“And we never did,” says Jan. “Effectively, all we do is sort of try to make the music that we’d want to hear. So maybe it’d be better if every other band just did that.”

Will Haven's Muerte is out now on Minus Head Records. Purchase it here.

Conjurer's Mire is out now on Holy Roar records. Buy it here.

Make sure to catch Conjurer on their upcoming Kerrang!-sponsored tour with Rivers Of Nihil, Entheos, and Wolf King at one of the dates below:

Rugby metallers Conjurer have inked a new worldwide deal with Nuclear Blast Records and confirmed that their new album will drop in 2021.