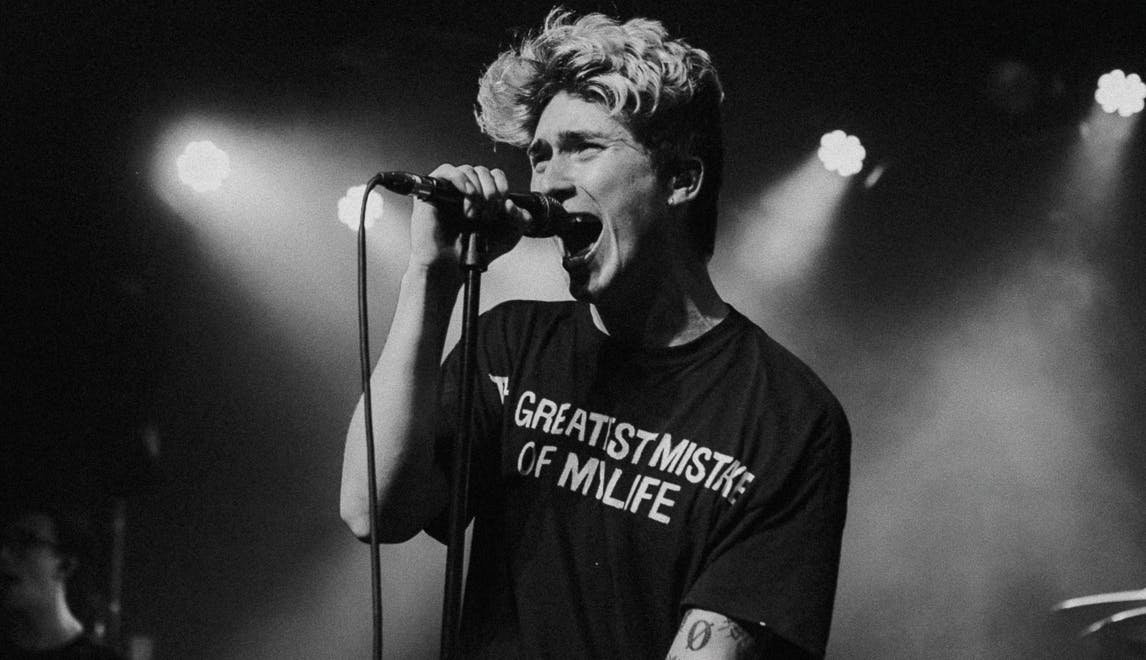 Whether they headline stadiums or are still at the DIY stage of their career, there’s not a single band who won’t feel the impact of coronavirus.

Here, Holding Absence, Venom Prison and Ice Nine Kills weigh in on the cost of the pandemic – both financially and mentally…

“When you agree to do a tour, you have exclusivity: you can’t play any other shows in those areas for at least six months prior. We haven’t played live since October or November last year, so knowing that these things had to be moved or completely cancelled was just heartbreaking. It would have been such a dream come true for this little extreme underground metal band! Going on tour with a band like Parkway Drive and playing Wembley Arena is not something we ever imagined being able to do. But this is just the reality of the situation now, and we know we’re not the only band this has happened to: we all suffer from this pandemic.

“This is affecting smaller bands, of course, but also really big bands – there are bands who rely on touring as their only source of income, and who have lost a lot of money. We’ve put up merch online that we would have been selling on tour and people are buying it, so I think we’ve seen people be really supportive in this time.

“We definitely need to try to take something positive from this experience, and it’s the fact that people are ready to give you that support, and are now fully aware of the things that you rely on. Moving forwards, this is something that we all need to keep in mind – and no-one will forget.”

“I had no idea initially that this was all going to come to us actually having to cancel the last week of our European tour while we were on the road. As we went from show to show, we started to hear rumours of, ‘Oh wow, this coronavirus thing might actually be a real threat…’ The tour went off without a hitch, until we heard, ‘Hey, we’re going home tomorrow.’

“I didn’t think it would have any sort of catastrophic effect on our career as a whole, but when you’re overseas, it’s expensive to be touring. When you cut out an entire week, it’s really damaging in the short-term. Then our U.S. tour with Five Finger Death Punch was pushed back, along with festivals that we were booked to play on with bands like Metallica and Slipknot, which was a let-down.

“I’m hoping this really doesn’t spell the end for any bands. I hope it’s just a temporary thing, and we’re all in the same boat right now with little means of gaining any sort of income. People just have to try to get creative, and use this time to write the next album. Try to make the best of a bad situation.

“We put out a shirt to raise money to support our displaced road crew. It’s not just bands losing money here – there are people like sound engineers, roadies and tour managers that depend on the band as a source of income. I’m proud to say that our fans are always very supportive when it comes to things like that – they’re very selfless and giving.

“Bands make some money from streaming, so make sure to continue to listen to your favourite bands on Spotify if you can’t afford to buy a shirt. Anything like that will go a long way. Continue to promote the bands you love. Most importantly, though, take care of one another.”

“Generally speaking, our European tour was one of the first to get pulled as coronavirus started spreading. It was just around the corner, and it was weird watching everything plummet before our eyes. It’s very surreal, like watching a ship burning in the distance, because there’s nothing you can do about it.

“Nobody can really understate just how crazy this situation is. Obviously my lifestyle as a musician has been affected, but I don’t think that in the last century we’ve had anything as severe as this. I think we’re trying to take it all with a grain of salt, because it’s so bonkers, and there’s no way of comparing it to real life.

“The most insightful part of where our band are stood now is that we do teeter our lives from normal people to musicians; we live normal lives and work bar jobs. On a business level I feel like we’re not as crushed, but I don’t think it can be understated how crushing it is as a person who spends months working in a pub to make money, and who looks forward to those tours so much. I literally wish my life away just waiting for the next tour. Yeah, we’ve lost money – or profit that would be made, rather – but on a personal level, it’s just… oh my God, it’s crushing. For a band like ours, we’ve gone from booking 80 DIY shows a year in Britain to now going seven to 10 months without playing a show. You do find it really hard to persevere, mentally.

“Every size band now has their own issue to worry about, and their own situation to tackle. For arena bands, they’re going to lose out on millions of pounds – that could be a year’s worth of paying their rent and feeding their families. On our end, I’ve spent months waiting for these tours to happen so I can feel like those sacrifices were worth it. And then on the smaller end, there are bands who maybe aren’t at our point who might feel like none of this is worth persevering with now. The main thing to take from this is that, no matter where you stand in the industry, everybody has a different beast that they have to tackle in their own way.”