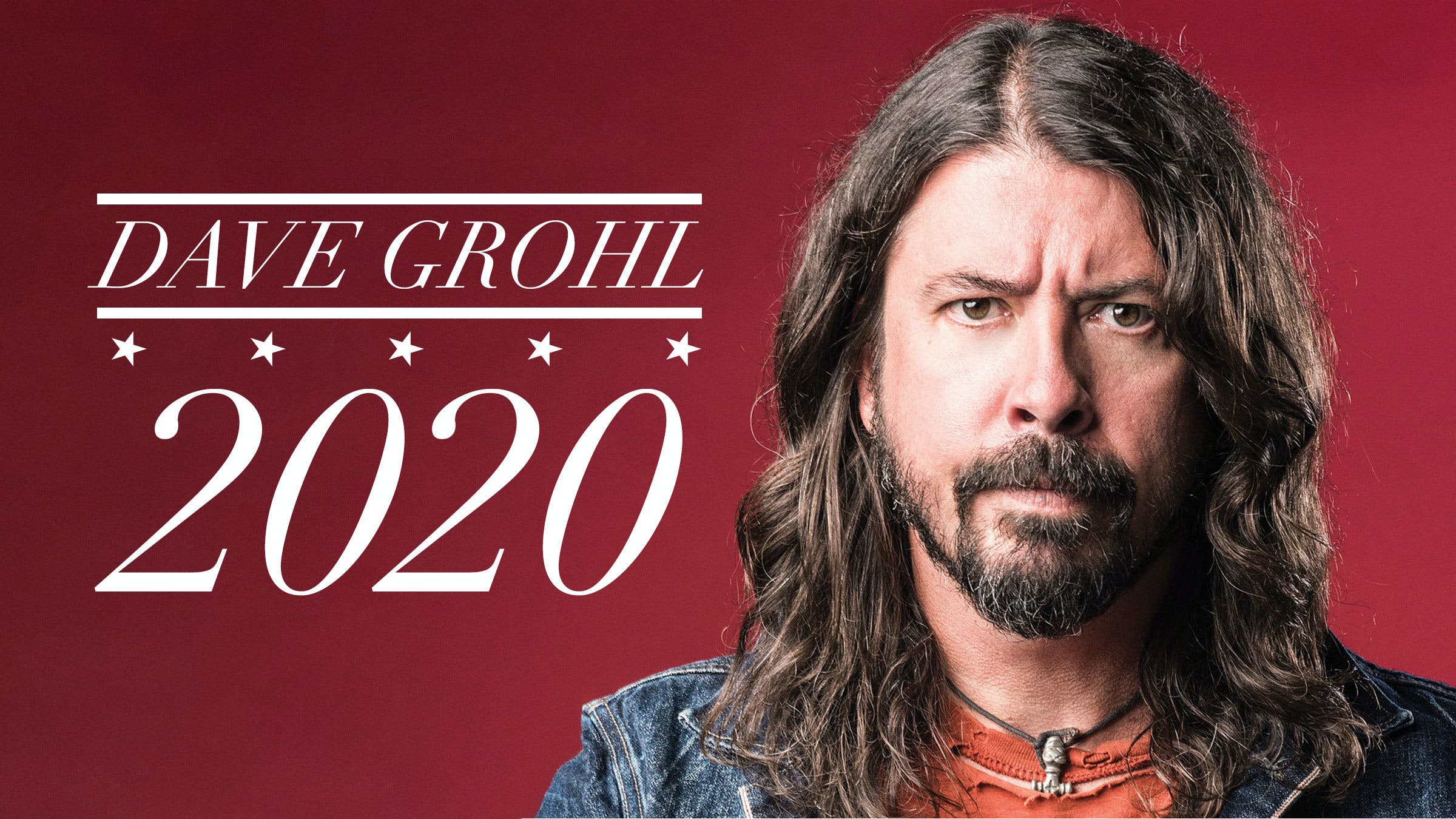 In the past, Foo Fighters singer and former Nirvana drummer Dave Grohl has said that he'd never run for president. But now, in response to the increasingly divisive turn American politics have taken during the Trump presidency, Dave has declared that he can no longer sit back and watch America be overwhelmed by poseurs, thus announcing his bid for president in 2020.

"I've got another confession to make," said Dave in a speech before the associated press. "I will be changing the color and the shape of America in 2020 with my official bid for President."

Supporters of Dave's presidential bid have already set up a Facebook group to support their fearless leader.

Dave has announced that he will base his campaign on one uniting principle: big fat riffs. "Right now, United States politics sound either like noisecore or the muzak you hear in a European hotel waiting room," said Dave with great compassion in his voice. "I want to change that. This is the country that gave us Mountain's Mississippi Queen, and I intend to remind people of that."

Dave then promptly produced a guitar, playing a blistering solo, chugged a PBR, and fell off the stage.

As his running mate, Dave has announced that his Vice President will be none other than Red Hot Chili Peppers bassist Flea, who appeared shirtless and sweaty before reporters. When asked about his stance on gun control, Flea made his 'O' face and played slap bass for fifteen minutes.

When asked whether or not he was intimidated by Dave's bid, President Trump responded, "I've never been much of a Foo Fighters fan --" before the door of the Oval Office was kicked in by Dave, who burst into the room playing the opening riffs of Monkey Wrench with his Gibson SG guitar raised over his head. Secret service personnel were stunned, and could do nothing but headbang and raise their lighters.