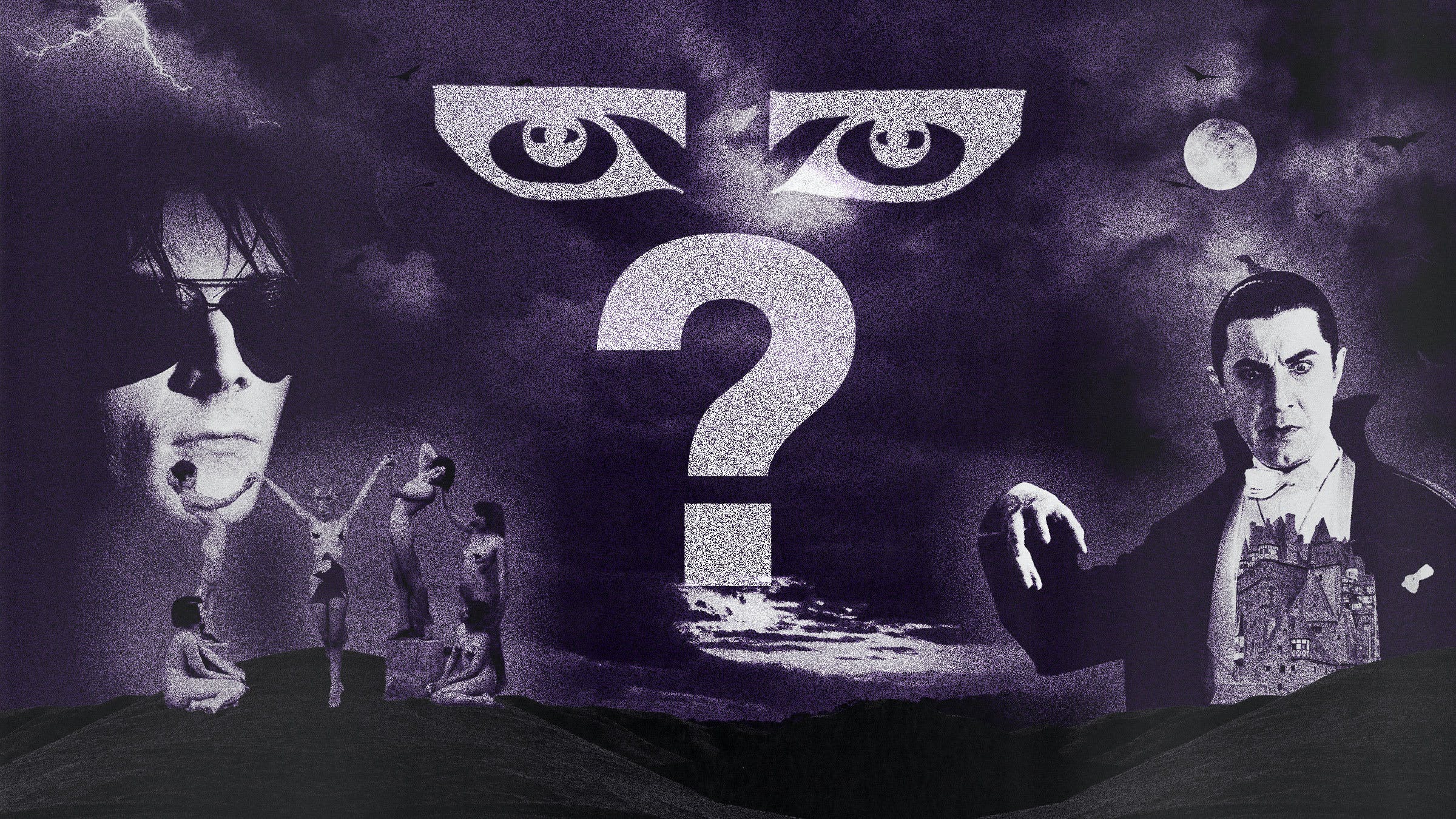 For your average outsider, 'goth' is a bit of a catch-all term -- for the less informed, any misanthropic youth with a spiked bracelet or Doc Martens might as well be goth. To some, this only makes the specific subculture of goth -- an entrenched lifestyle that considers itself different from the worlds of punk or metal -- even more mysterious. But even when it's mixed up with neighboring countercultures, goth's complete dedication to dramatic darkness has made it a hardy underworld that refuses to be swallowed or diluted, and embraces the mystery that enshrouds it.

To shed a little unwanted light on the subject, we used the ol' Google search bar to find out the most asked questions about goth and goth culture. Here are the answers to what curious people want to know:

What does ‘goth’ mean?

The term ‘goth’ comes from the Latin Gothicus, relating to the Germanic tribe known as the Goths, famous for eventually sacking Rome. The style was then applied to a style of architecture commonly marked by vaulted arches and ornate lacework. This is turn became synonymous with the grandiosity and intensity of cathedrals and the clergy, especially during the Dark Ages.

However, where the subculture and music gets its name is probably from Gothic literature, a movement in which huge emotional subjects were explored and concepts like suicide, depression, and mortality were examined at great length. Gothic authors of note include the Bronte Sisters, Edgar Allan Poe, and most notably Mary Shelley, whose book Frankenstein is considered by many to be the first Gothic novel.

What does 'goth' stand for?

Get Out of The Hearse?

Is goth still a thing?

It is, indeed. Goth has seen many heydays, whether its shadowy ‘80s birth or its merging with nu-metal and industrial in the late ‘90s. These days, goth wears many hats -- many of them wide-brimmed to block out the sun -- and can be pastel pink rather than pitch black, but make no mistake, the obsession with death and emotional excess that drives it lives on.

When did goth start?

While the lines are a little blurry, goth really got going in the early ‘80s, as many punks moved away from the angry party animal lifestyle of the emerging hardcore scene to begin exploring emotional vulnerability and heavy literary topics. That, plus rock and metal's growing obsession with death and a new interest in stark, monochromatic aesthetics, pushed goth into its more entrenched style. Early goth artists like Bauhaus, Siouxsie Sioux, and The Sisters Of Mercy focused on their own unique, esoteric atmospheres, and quickly established the genre as we know it.

When did goth die?

In 1990 with the rise of alternative rock, again in 2001 with metalcore, then again in 2015 as the word got overused by social media misanthropes who didn't want to get out of bed. Much like a vampire, goth keeps dying, and always come back, usually in a swarm of bats.

What are the best goth albums?

There are a lot of great goth albums out there, but here are 10 from across the genre that give you a little taste of goth's different flavors:

READ THIS: Bauhaus's Peter Murphy tells us about writing the greatest goth song of all time

How do goths dress?

Goth fashion is actually pretty varied, and there are different fashion senses that represent different subcultures of goth. Here are a few identifiable types of goth fashion:

Are goth and emo the same thing?

No, but they are related. Both goth and emo are focused on big emotions and being open about how you’re feeling. The difference is that goth is all about massive, sweeping feelings about life, death, and human existence, while emo is a bit more ground-level, occupied with everyday heartache and happiness.

But you’re probably asking because of bands like My Chemical Romance and AFI, who in the early 2000s blended goth and emo firmly together. Taking cues from horror rock acts like The Misfits, these bands made emotional punk rock that embraced goth’s fashion and love of dark subject matter. As a result, goth and emo often became associated with one another, and are sometimes indivisible, even if the music sounds pointedly different.

Is goth a religion?

Our savior was born a shepherd of men, and returned from the dead in order to bestow eternal life to all of the world with the sacrament of his flesh and blood. Have you accepted Count Dracula into your heart?

Is goth a Scrabble word?

It is! According to Scrabble Word Finder, ‘goth’ can be used in Scrabble. However, it offers the definition associated with the Germanic Goths, meaning ‘an uncouth or boorish person.’ Which, hey, depending on the Marilyn Manson fan in question, could also apply.

Sure. Goths can do anything, really. It’s almost like...they’re people.

Do goths have to wear make-up?

If they’re to be taken seriously by the International Goth Coven, then hard yes.

But seriously, no -- once again, goths don’t have to wear anything. There isn’t a dress code for being goth. What matters is that you think about death all the time, and dislike conformity. Those are the truly defining characteristics of goth.

Plenty are, sure. Goths think about death, love, and the ills of the world quite a lot, which is bound to make anyone depressed. That said, goths are often very self-aware of depression, so don’t have the same apprehension of it as some other people do.

Can goths be happy?

They not only can, they often are! In fact, goths are some of the happier rock fans one might meet. This is for a couple of reasons: first, since goth is so serious, plenty of goths make a point of being self-deprecating; goth-favorite artists like Invader Zim creator Jhonen Vasquez love taking the piss out of goths for playing the melodramatic victim.

Second, goths often confront all their darkness and sadness via their lifestyle, and have built a world around them to their liking. Unlike some people who come home to what they think they’re supposed to care about, goths dwell within the gloomy world of their choosing.

No. Well, the early Germanic peoples who sacked Rome could be compared to Vikings, but their society was more barbaric. But, musically, in the modern world, nah, not as much.

Not for the most part -- Christianity often preaches a lot of light, love, forgiveness and blind faith, which often comes off as bullshit to goths. What’s interesting is, of course, that Christian art inspired much of goth style and fashion, with its massive cathedrals and elaborate cemetery art. There are a handful of Christian goths bands, like Savior Machine, but usually goths lean on the side of darkness and satanism, or at least death-worship.

Why do goths wear crosses?

Speaking of which! Goths like the British seaside town of Whitby because it plays a role in Bram Stoker’s novel Dracula, the greatest vampire novel of all time.

In the book, the Demeter, the ship that transports Count Dracula’s coffin from Transylvania to England, runs aground on a beach in Whitby, where the Count then flees the corpse-filled vessel in the form of a wolf. Many scenes in the book take place in the churchyard of Whitby Abbey, where female protagonist Mina Murray sits and ponders a dark, menacing feeling approaching her (read: the lord of all vampires). The scenes on the Demeter and in Whitby are some of the most compelling in the book.

Whitby has since become a place of literary tourism for goths, who love it both for being one of the birthplaces of modern vampire lore and for being an old-school seaside town, which they adore for their overcast weather and general dreariness (no shade, Whitby, we love you with all our undead hearts).

READ THIS: The 30 best songs about vampires

Do goths listen to metal?

Some do. There is a long tradition of goth metal bands, who usually play big riffs with syrupy, romantic guitar tones that channel goth’s depressive vibe. Some of the more famous goth metal bands include Type O Negative, Paradise Lost, and Bloody Hammers, all of whom are deliciously gothic while still solidly metal.

Why do goths smoke cloves?

Clove cigarettes are dramatic and a little more rustic than Marlboro 27s. Smoking cloves makes one feel more like a witch than your average nicotine addict. Cloves also smell more like incense than, say, a shitty hotel room in a bad neighborhood. At this point, however, many goths smoke cloves for tradition's sake rather than for any specific reason.

What kind of goth am I?

If you've read all the way to the bottom of this list, then you're a masochist who doesn't fear their own slow demise -- meaning you're goth as fuck. You're basically The Crow.