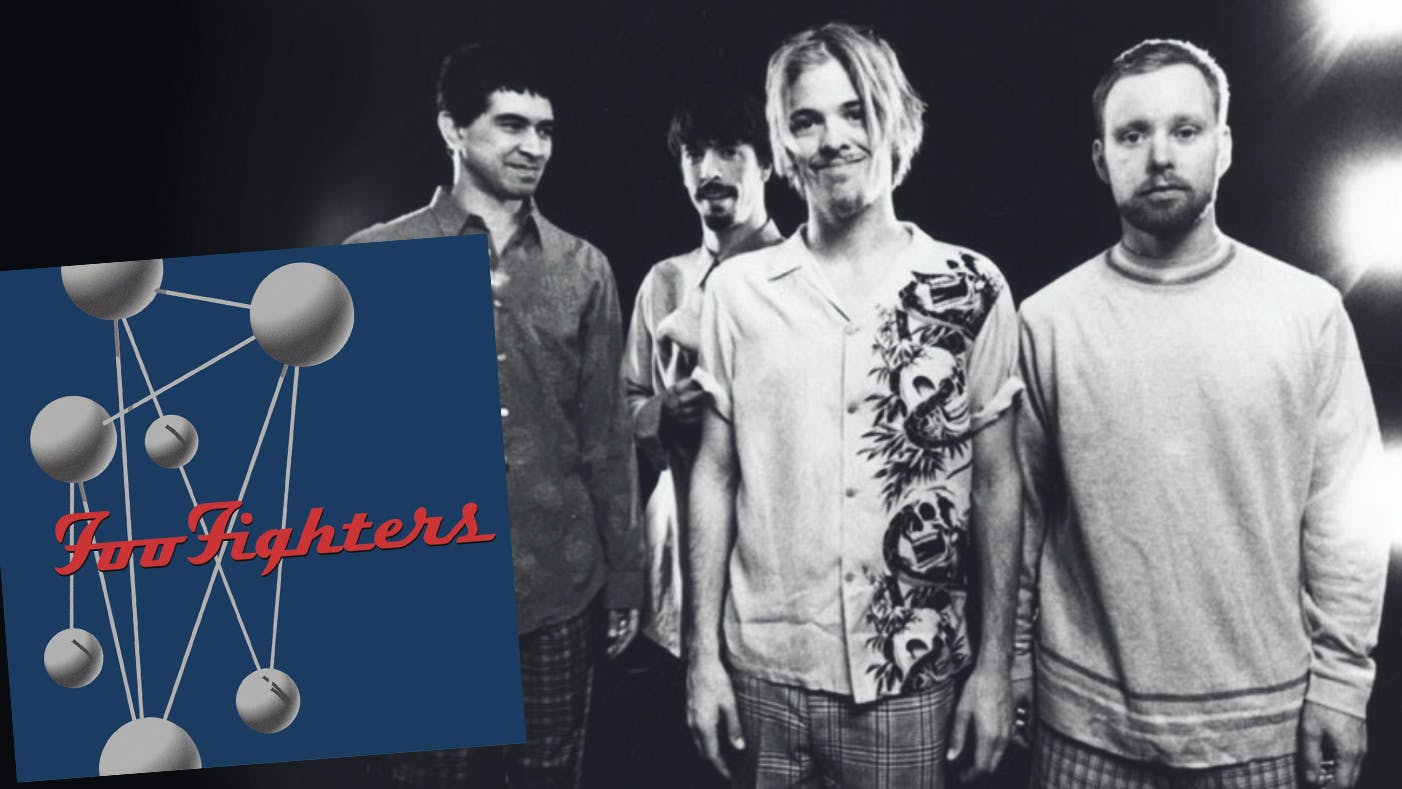 Despite being responsible for some of modern rock’s most beloved albums, Dave Grohl can be harsh critic of his own work. Just ask him about Foo Fighters’ self-titled 1995 debut, for example. While to the world at large, it represented the unprecedented second coming of Nirvana drummer in a fascinating new guise, the man himself was less convinced upon reflection. “Have you ever seen the lyrics?” an incredulous Dave asked Kerrang! in 1997. “They’re so dumb. They’re so bad. For the most part it was nonsense.” For proof, he continued, look no further than the lyric ‘Minicyn is pretty / Minicyn is good’ in opening track This Is A Call. What, UK fans wondered, was this mysterious ‘Minicyn’? “[It’s] a fucking acne medicine!” explained Dave.

Foo Fighters’ debut album was never really intended to be a major release. If it had, Dave might have spent more than five days on it and not on his own, save for the efforts of producer Barrett Jones and The Afghan Whigs’ Greg Dulli (who played a guitar part on the track X-Static).

“I could never have made an album like this new one on my own,” said the frontman of its follow-up, The Colour And The Shape, which is still widely regarded as the band’s finest album to date. “And you know what? [It] doesn’t sound like one person was playing all the instruments. When you throw different personalities and different perspectives into the mix, it’s going to be totally different.”

As well as garnering international success, Foos’ debut album had seen Dave assemble a band, featuring bassist Nate Mendell and drummer William Goldsmith from Sunny Day Real Estate, and Pat Smear, formerly of punk rockers the Germs (and Dave’s bandmate as the touring guitarist for Nirvana). Foo Fighters’ second album, named after their tour manager’s rationale for buying a bowling pin from a thrift store (“I like the colour and I like the shape”), was the chance for a band that had cut their teeth on tour to make their mark on record. Except, of course, things didn’t pan out quite like that.

The band started hopefully enough, with their desire to make a slick rock record in the style of the Pixies leading them to hire Gil Norton, the man responsible for helming classic albums from – you’ve guessed it – the Pixies. When band and producer convened at Bear Creek Studios in late 1996, however, things didn’t exactly gel. Dave would later describe this period as “a bad experience,” a sentiment presumably shared by bassist Nate and drummer William, whose bumbling early efforts led Gil to rename them “the rhythmless section”.

Things were particularly tough for William. Occupying the drum stool in a band also featuring one of the world’s best-loved drummers was no easy feat – and that’s to say nothing of the fact Dave was (and is) a relentless perfectionist. William would later describe playing 96 takes on one song, and doing 13 hours of takes on another, which unsurprisingly left him with the impression Dave was unhappy with his performances. In truth, they just weren’t what the Foos lynchpin, who’d played all drum parts on their debut, had in mind. In February 1997, the band re-convened after a break without William, decamping to Grandmaster Recorders studio in Hollywood so Dave could re-record the drum parts for the tracks that had been done (reportedly as many as 14). When William found out, he decided to leave, despite Dave’s offer to stay on as touring drummer.

A replacement was found in the form of Taylor Hawkins. Dave had initially contacted Alanis Morissette’s drummer to see if he knew anyone who’d be up for the gig, not expecting the hyperactive sticksman to put himself forward. “He’s a fucking incredible drummer,” Dave explained to Kerrang! at the time, before delivering the ultimate endorsement. “I wish I was as good as him.”

As well as shaking things up from a performance point of view, producer Gil Norton expected more from Dave’s lyrics, which, given his criticism of his own earlier efforts, was something Dave was up for. It’s not like he had a shortage of subject matter, anyway. Kurt Cobain had always encouraged Dave’s songwriting. In the Seattle episode of Sonic Highways, Dave’s TV tour around the great American music cities, Dave recalls playing Kurt his early creations, prompting a proud kiss from Kurt. My Hero was Dave’s tribute to his late bandmate, who took his own life on April 5, 1994 – a song originally played live at Vancouver’s Commodore Ballroom on July 20, 1995 – three days after being written and some two years before the release of The Colour And The Shape. Up In Arms and Enough Space had been introduced to fans early too, on the band’s European tour later that year, with the latter designed to get audiences jumping earlier, just as This Is A Call had done in the band’s early days.

Dave had got divorced too. The end of his three-year marriage to photographer Jennifer Youngblood informed the album in a fundamental way, with the wildly differing song styles chosen to reflect the range of emotions Dave was feeling. ‘You know in all of the time that we’ve shared / I’ve never been so scared,’ he sings on delicate opening track Doll. Meanwhile, on raucous lead single Monkey Wrench he takes a more forceful tact: ‘I’d rather leave than suffer this.’ Dave’s own parents divorced when he was six, though the split didn’t precipitate the kind of pain that it did for, say, Kurt Cobain. “By the time I got a hold of the situation it was too late for me to have a freak-out,” Dave reflected with Kerrang! around the time of the album’s release.

And then there was Everlong, the band’s most enduring classic; a beautiful combination of the delicate and dynamic styles cultivated on The Colour And The Shape, it had started out as the band’s attempt to copy art rockers Sonic Youth. Hey, Johnny Park! began life as Dave’s attempt to contact his titular childhood friend, who used to live across the street. Sadly, when asked by Kerrang! at the time if the song had resulted in Johnny getting in touch, Dave had disappointing news. “No, and I’m pissed! I wanna talk to that guy. I’ll find him.”

Whether Dave subsequently tracked down his old buddy is unclear, but it is known that The Colour And The Shape marked the arrival of Foo Fighters the band in emphatic style. It achieved critical and commercial success too, reaching number three in the UK charts (it remains the band’s biggest seller in the U.S.). The following year, the album was nominated for a GRAMMY Award in the Best Rock Album category.

Despite ultimately losing out to Sheryl Crow’s third album The Globe Sessions, The Colour And The Shape’s place in rock history was secured. Sadly, Pat Smear’s place was not, with the guitarist leaving during the album’s promotional tour to be replaced by Dave’s former Scream bandmate Franz Stahl. He would return in 2005, however, to fortify the Foos line-up we know and love today – and who are now bigger than they’ve ever been thanks, in no small part, to the enduring brilliance of The Colour And The Shape.