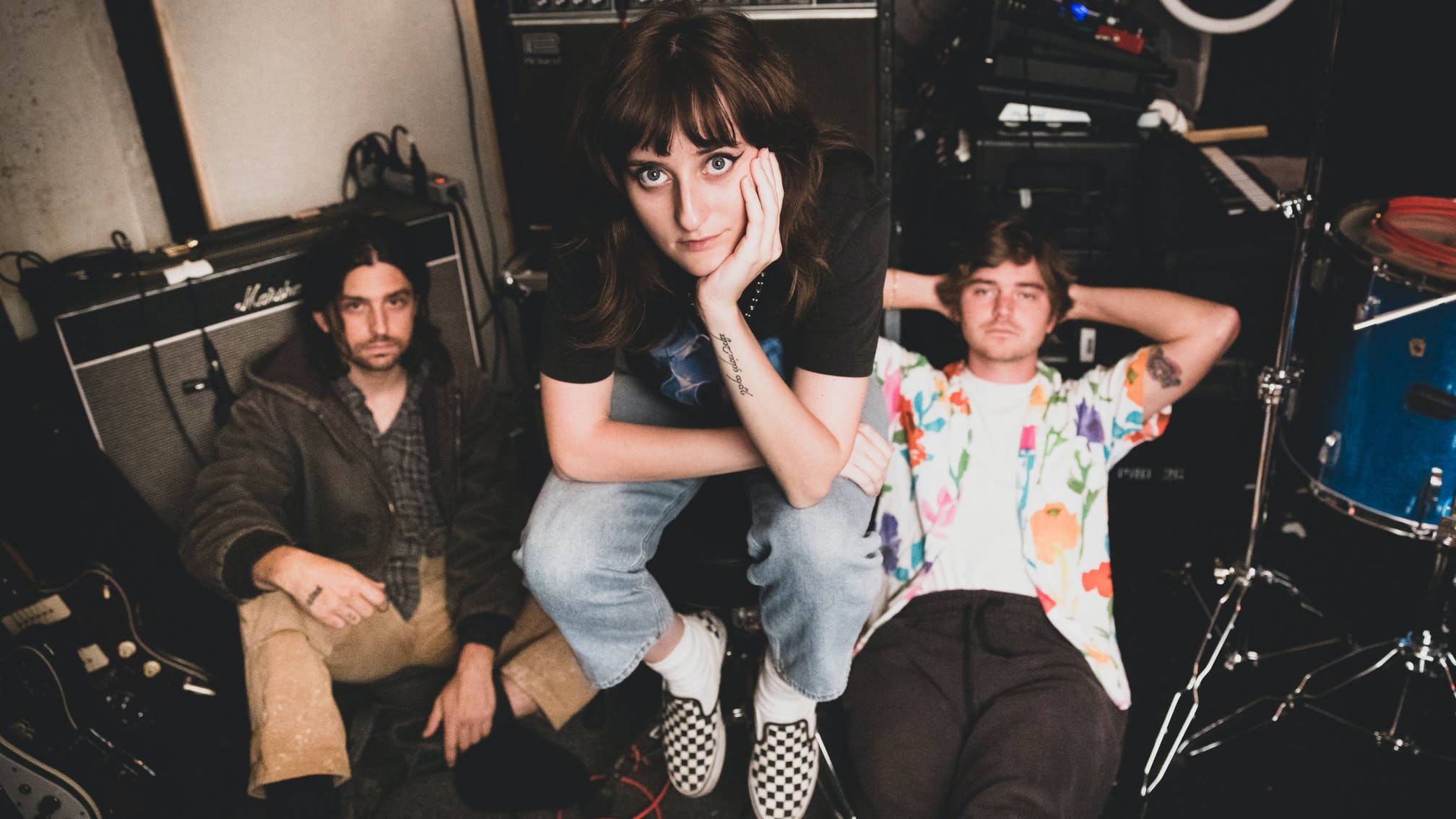 It’s hard to imagine what might have happened had Nina Ljeti’s father not pulled out his gun. Nina – now the singer with angsty alt.rockers Kills Birds – was only one in 1992 when her family was living in Sarajevo, Bosnia’s besieged capital. Her father was a soldier in the defending, encircled Bosnian army – he feared that due to their Muslim-sounding name his family might be persecuted, or worse, if the city fell.

Nina and her mother, a dentist, escaped to Serbia on “the last plane out of Sarajevo”, and in a bid to join them, her father resorted to a desperate act: pointing his gun at a superior.

This resulted in punishment and threats, but incredibly he nevertheless escaped by lying about his status to an outgoing helicopter crew. A month later he managed to find his family. A desperate slog ensued, visiting embassy after embassy, searching for a country that would take them. “We ended up at the Canadian embassy and we begged the lady there to take us, and she did,” Nina recalls.

Now based in Los Angeles, Kills Birds are about to release Married, their second album, which was recorded at Dave Grohl’s Studio 606 by invitation of the man himself (the band are also due to support Foo Fighters on five dates this month and next).

While Nina is too young to remember her family’s arrival in North America, the experience of growing up as an immigrant has inevitably left its mark. That sense of displacement, of not quite belonging, has also brought much of the sharp stab to Kills Birds’ acerbic, grungy punk.

“I don’t quite feel American and I don’t quite feel Canadian,” she muses. “I know I’m Bosnian, but am I a legitimate Bosnian? That’s always a question in my mind. Although I don’t remember Bosnia I remember my parents watching the news reports about the situation, I saw the heartbreak they went through.”

With her mother unable to practise dentistry in Canada without retraining, the family were hard-pressed to put food on the table. Dad took any low-paid work going, but sometimes they resorted to seeking ‘loonies and toonies’ (one and two dollar coins) on the ground.

“Finding just one dollar,” says Nina, “that would be the difference between us eating and not eating. We persevered through that and eventually my mom became a dentist and opened a business. There’s a lesson in this which I think is amplified even more in the context of COVID – so many people have lost so many things but it is possible to restart and rebuild. People do that and it does happen.”

It’s a process that Kills Birds have had to follow, too. Most recently they’ve taken the tough decision to slim their line-up to three core members – Nina, guitarist Jacob Loeb and bassist Fielder Thomas – using a drummer only for touring. Previously, they threw out the entire recording of their self-titled 2019 debut because they were unhappy with the production. Instead they laid down the whole thing in one determined eight-hour blast with producer Justin Raisen.

“We took the [Steve] Albini approach – that we were just gonna make a document of this band,” Jacob recalls. “This time we had the opportunity to properly dive into the production, so Married is a much more expansive record. It’s bigger, it is produced more intentionally.”

“We had an entire week,” Nina offers, breaking into a smile, “that was such a luxury!”

The album, produced by Yves Rothman, has no less firepower than their debut but it’s notably more involving. It’s the mark of a band progressing at light-speed, more than justifying Mr. Grohl’s prophet-like faith in them.

There’s the urgent rage of opener Rabbit, plus Glisten – a song that builds to a frantic climax – alongside a feverish, surreal ride called Natalie and mini-rockers Offside and PTL, which both reveal hidden depths and a growing sense of unease. Listener expectation is frequently and interestingly flipped, and never more so than on the title-track which appears to be a cosy love song until it dissolves into mutant guitar noise and from Nina a horror movie death rattle.

“That’s both a love song and a heartbreak song,” the singer explains. “I remember writing that with Jacob in my living room – it was the first time we’d met up after quarantine – and lyrically a lot of it came from feeling so lonely because I was living by myself. Experiencing it alone was difficult and I was also longing for a person that I no longer had.”

The music is also about catharsis – taking personal issues both recent and historic and finding ways to either live with them or blast them into the smoke of memory. For Fielder that means not just “silencing everything that’s going on” but at live shows “creating a space for people, so they find release within the music; almost like you can’t pay attention to anything else because it’s so overwhelming.” Jacob, meanwhile, finds release in creating music as a conduit for Nina’s lyrics, but also “to colour them and even challenge them in certain ways. Writing music to lyrics can expand their meaning and words can take on different meanings depending on how they’re presented musically. That challenge is really fun, especially when the lyrics are so interesting.”

It’s easy to romanticise Nina’s extraordinary journey – from the shattered hell of a warzone to supporting Foo Fighters in Las Vegas – but it’s clear that she’s got here by using her art to help navigate a long road pitted with insecurity and doubt.

She says, only half-joking, that she’d love Kills Birds to be the biggest band in the world, but adds that it’s far from the most important thing. “We’re just gonna write music until we can’t write music anymore,” she beams. “What might come from that – tours and success – has yet to be determined. But as long as I can still get together with Jacob and Fielder, and we can put a song together that’s fun and exciting to play, then I will be satisfied.”

Married is released on November 12 via Royal Mountain / KRO

Los Angeles alt-punks Kills Birds deliver on their soaring promise with the refinement, restlessness and rage of Married...

Dave Grohl-approved punks Kills Birds have shared a new single, Cough Up Cherries, ahead of the release of second album Married next month…

Kills Birds – who have caught the attention of the likes of Foo Fighters' Dave Grohl and Sonic Youth's Kim Gordon – have shared a powerful new single from their upcoming second album.