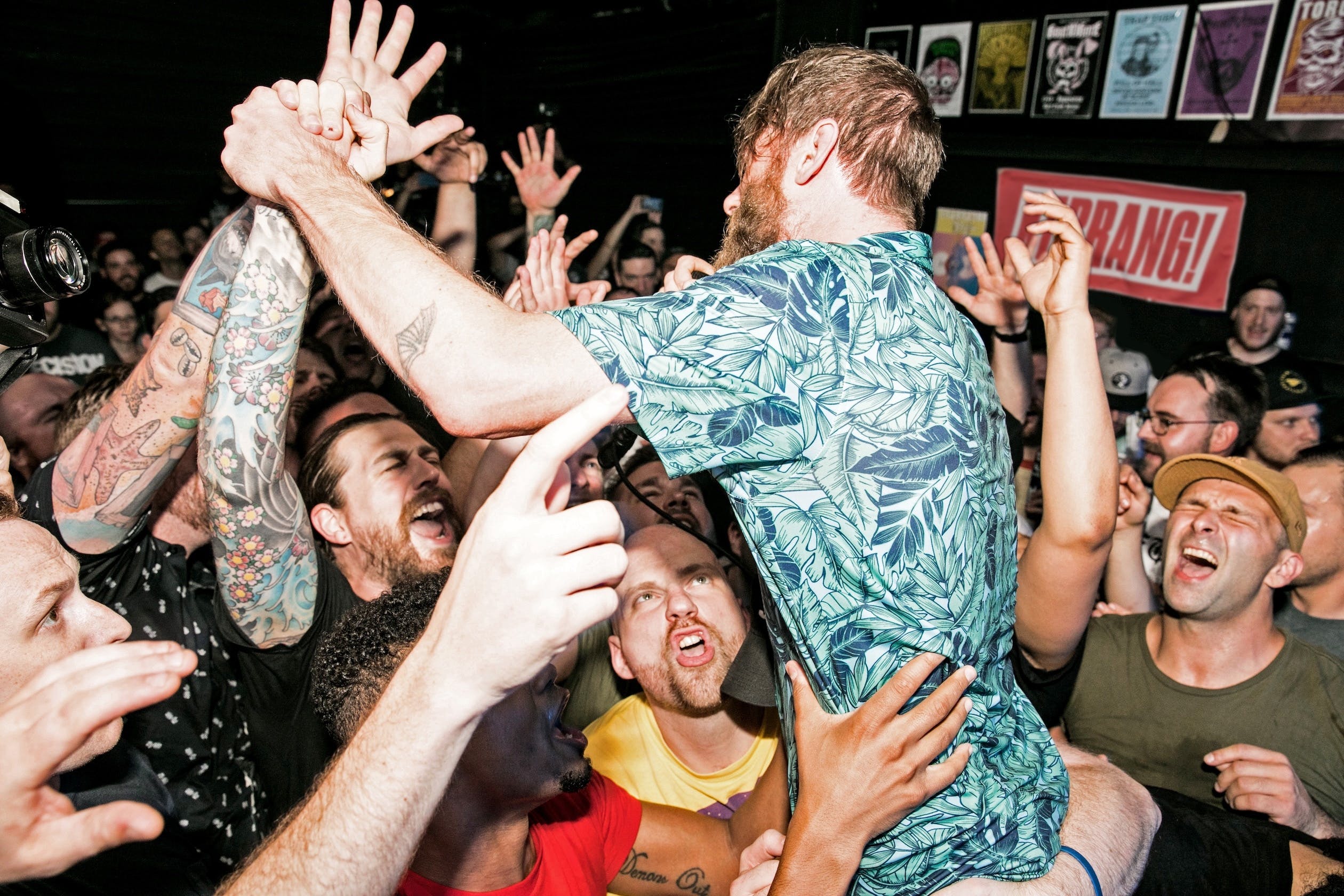 We'd been waiting for over a decade, but at long last, Hopesfall has returned to New York City.

This past Saturday, July 14th, the band played an incredible Kerrang!-sponsored show at Saint Vitus Bar -- the second in our three-part series of U.S. events.

Hopesfall hadn't released any new music since disbanding in 2008 (shortly after the release of the band's fourth full-length, Magnetic North), but triumphantly returned with a brand new album, Arbiter, on July 13th. The post-hardcore quintet performed songs from this new release -- along with plenty of beloved classics from The Satellite Years, No Wings To Speak Of, and more -- for 250 rabidly passionate fans in Brooklyn, New York.

Fortunately, we had Stephanie Augello on hand to document the entire evening. Check out the gallery below, and be sure to stay tuned to Kerrang!’s social channels in the coming weeks, when we’ll be streaming each and every set from the show, uncut!

In advance of streaming their first performance in seven years, we sat down with the band for a quick Q&A.

It’s sooner than you think…