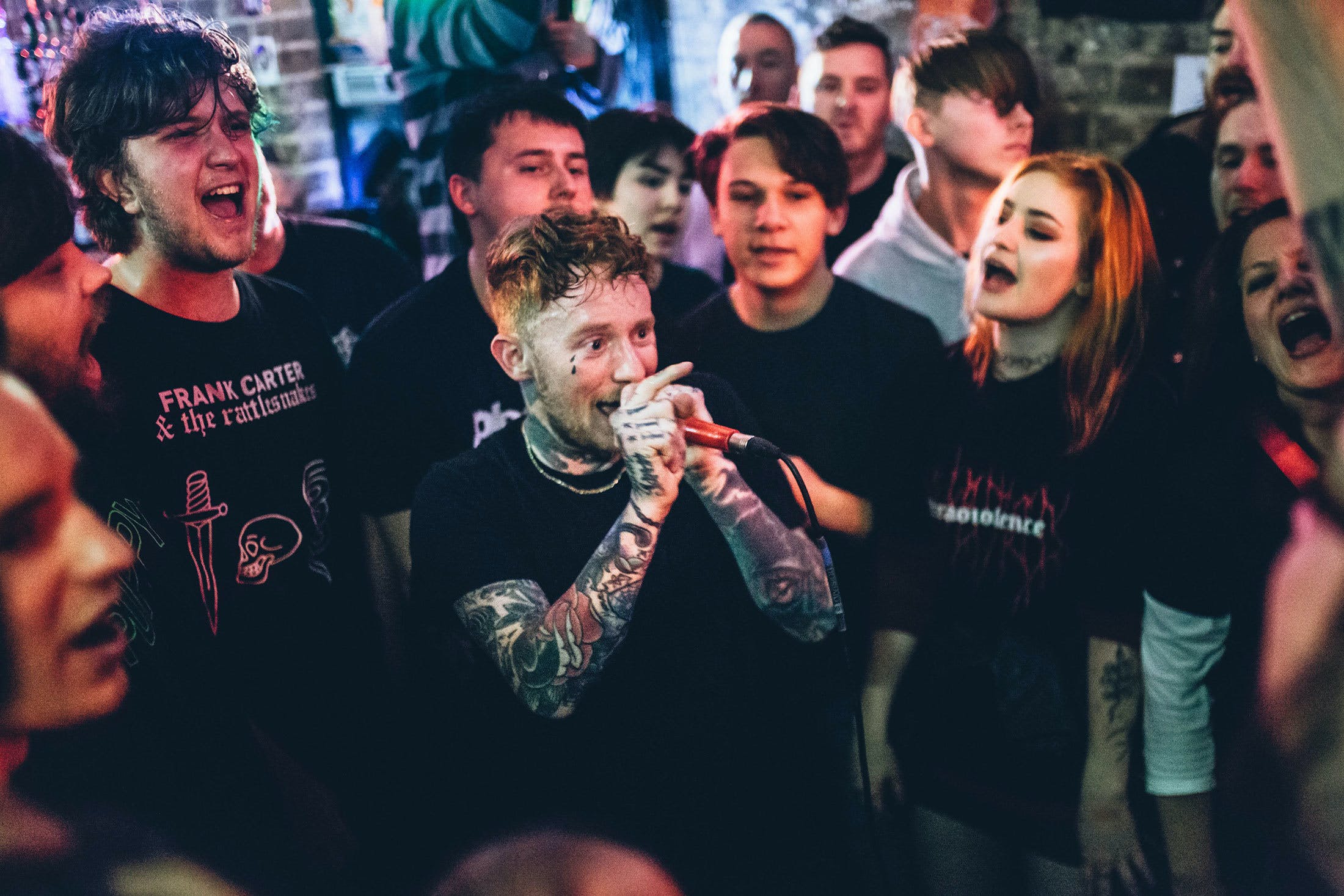 Rock music is – and always has been – about so much more than turning it up to 11. It’s about community, it’s about inclusivity, it’s about being and feeling a part of something much larger than you can comprehend, yet also having it distilled into one perfect moment in time. And try as you might try to rekindle that surge of adrenaline through carefully constructed Spotify playlists, nothing comes close to the live experience, arm in arm with your mates, watching your favourite artist or discovering a new band together. These moments don’t happen everyday, they don’t happen everywhere, but they only happen thanks to our grassroots venues.

Growing up in Lincoln in the mid-’00s, there was only one place for young rock fans like myself to go: The Bivouac. A weekly gig night, every Friday, in the 120-capacity upstairs room of a pub. Four bands for £5, local support and one touring band, and that’s what we’d do every single week. It didn’t even matter who was on, it was about supporting your local scene and hanging out with like-minded individuals who loved rock, metal and punk as much as you. It was booked and promoted by just one guy – Steve Hawkins, a softly-spoken man who adored rock music – who also did the sound and set up/broke down the stage single-handedly every week. This was as DIY and grassroots as it gets, and it was The Best.

Venues like this exist around the UK, buzzing as a hive of activity. Local musicians converging on a central spot, forming bands and sharing ideas over a pint, while watching their mates support the next big thing. As a teen I rejoiced watching my friends support the likes of Rolo Tomassi, Send More Paramedics, Midasuno and other mainstays of the UK underground in that golden period of 2005-8. I even saw Saxon there as part of a Channel 4 documentary about a heavy metal band returning to their roots (catch me having a lovely time below).

Because bands need these venues. Throughout The Bivouac’s lifetime (it has sadly closed its doors, along with the pub), it hosted some of the most important bands we know and love today. Biffy Clyro and Bring Me The Horizon both played the tiny room on their way up the ladder, but so did stadium-conquerors The Killers. Festival headliners like these don’t emerge fully-formed, they’re not created in a lab to be the ultimate showmen; it takes years and years of graft and grind in the smallest venues possible to find out who you are as an artist.

But for all the talk of artistry, it boils down to the simple fact: No venues equals no bands. Bands don’t walk onstage at Wembley Arena without a couple of hundred shows under their belt, playing sweatboxes and toilets to grow their fanbase and channel the almighty power of the rock community. While it’s pretty great to watch bands play stadiums in the sunshine, the level of human interaction is minimal aside from security searches and ungodly bar queues. And at times like this, where we’re craving human interaction, it’s important to remember where some of the most genuine, passionate experiences we’ve ever had happened. Not on Twitter, not on Zoom, but in those small, fan-built venues. They are hubs for our lifestyle. Spawning pools of rock’s new breed. They are rock’n’roll.

Your local venues need your help. Get involved with the #saveourvenues campaign now to save them from permanent closure.

READ THIS: What do venue closures mean for rock music?