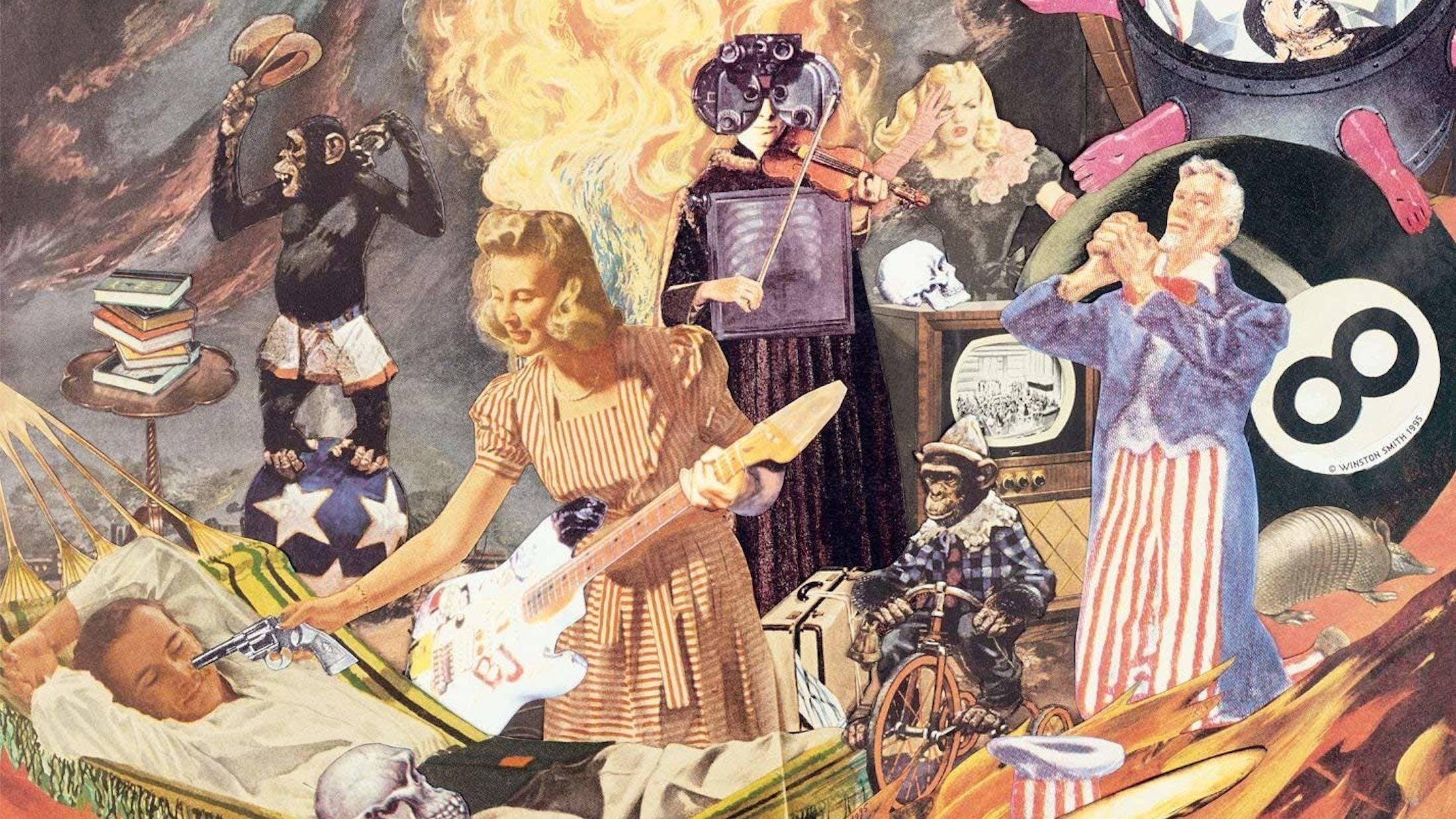 One day in 1995, on Haight Ashbury in San Francisco, Billie Joe Armstrong was accosted by a stranger, someone who “looked like a really early-’80s English postcard punk.” The character walked with the swagger of an angry young man, and upon seeing the Green Day frontman before him, issued from his mouth a volley of insults. In short, Billie Joe was told that he was a ‘sellout’.

“I remember I almost got into a fight with him,” he recalls. “I was, like, ‘What the fuck do you know about me, or my band?’” In punker-than-thou circles, the ripples of dismay caused by Green Day’s decision to sign with Warner Bros. in 1993 were still being felt two years on. Such was the extremity of feeling about it that it even prompted one fan to write a letter to the Bay Area scene bible Maximumrocknroll, announcing that he would be picketing the band’s shows henceforth.

It was Billie Joe who was most keenly stung by these slings and arrows of outrageous fortune. As Dookie raced its way to diamond status – the award given to any record that sells 10 million copies in the U.S. alone – he wrote a song named 86 in reference to his band being personae non gratae from their former hangout 924 Gilman Street. The track would appear on Insomniac, Green Day’s fourth album, in the autumn of 1995. In a lyric coated with resignation, Billie Joe sings how ‘there’s no return from 86… [So] don’t even try’.

“I think I was just lost,” said the singer, in an interview with Larry Livermore. “I couldn’t find the strength to convince myself that what I was doing was a good thing. I was in a band that was huge because it was supposed to be huge, because our songs were that good. But I couldn’t even feel that I was doing the right thing, because it felt like I was making so many people angry. That’s where I became so confused, and it got really stupid. I would never want to live that part of my life over again.”

When Green Day entered Hyde Street Studios in San Francisco to begin work on the successor to Dookie, they were a band in a state of discombobulation. The tour in support of their all-conquering third album had begun at the Cattle Club in Sacramento and ended 10 months later with a performance at a charity concert at New York’s Madison Square Garden. At that show Billie Joe played the encore naked, atop a bill that also included Jon Bon Jovi. Clearly, things had changed for the band. In fact, the only thing that had not changed was Green Day themselves. The trio’s response to these alien and altered circumstances was to circle their wagons, and to turn inward.

The result, Insomniac, is the album on which its creators lost their baby teeth. A master class in buzzsaw efficiency, the songs are so economical, not to mention harsh, that the removal of even a single chord would cause each composition to collapse in on itself. ‘You better swallow your pride, or you’re gonna choke on it’, goes the chorus to the relentless No Pride; the narrator of Brain Stew is ‘fucked up and spun out’ in his room, and every character on Stuart And The Ave. is ‘all fucked up’. The songs are given extra heft by a thicker guitar sound designed by Bob Bradshaw at Custom Audio Electronics. The effort Tré Cool invested in recording the opening instrumental section to the propulsive and peerless Panic Song saw the drummer tear the calluses on his hand and to slump, spent, against a wall between takes.

“I really admired him for putting himself through that,” says Rob Cavallo, Insomniac’s producer, remembering the musician’s hands as being “a bloody mess”.

From an album cover collage titled God Told Me To Skin You Alive, to a video for lead-off single Geek Stink Breath that showed a methamphetamine addict having a tooth extracted – a clip that MTV swiftly dropped from its playlist – everything about Insomniac was noticeably different from Dookie, yet fully informed by the vast shadow it cast. In a particularly wrong-headed review, Alternative Press described the album as being “[Green Day’s] big rock record”. It is nothing of the kind. In fact, it might well be the most coiled, twitching, agitated and paranoid record in their whole catalogue.

“I found Insomniac to be depressing,” remembers Larry Livermore. “There’s one song on there [Brain Stew] that I can’t even listen to anymore. I was even a bit worried about them when I heard it.”

With a virtual press blackout at its time of release and not one single that didn’t feature either the words ‘shit’ or ‘fuck’, Insomniac seems to have been designed to dim the flame that was burning beneath the band that had created it. Despite this, and despite word on the street that the record was a bomb, the album still managed to sell four million copies within its first year of release. Listened to today, the magnificent 14-song set clearly represents the final scene in the first act of Green Day’s career.

“The fact that that album came out, like, a year and a half after Dookie was us trying to cut off the bullshit in its tracks and just keep making music,” says Billie Joe Armstrong. “That’s all we wanted to do, keep making music. Sometimes I feel that Insomniac is the most honest record I ever made at the particular moment that it was written and recorded.”