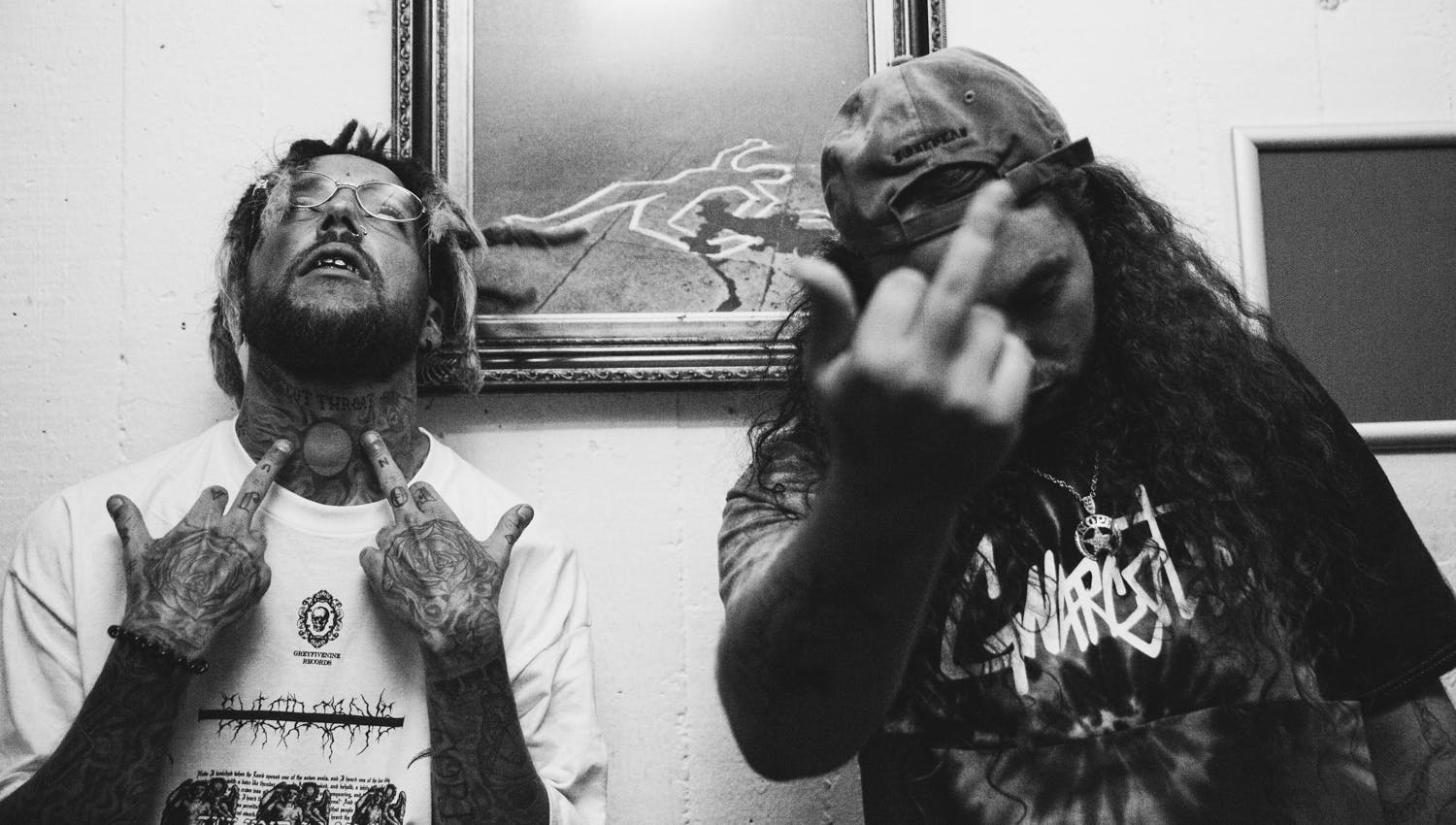 The lines between hardcore, heavy metal, and hip-hop beg for blurring. Their parallel and frequently shared genre histories have transcended 20th century origins and, nearly two full decades into this century, remain some of the most vital contemporary sounds. Yet where generational predecessors often expressed a reluctance around crossover, the youth of today appear disinterested in and dismissive of the divisional hangups of old school gatekeepers. Despite grumbling from those scene elders, a fresh crop of artists have made the 2010s a radical time for crossover, both aesthetically as well as musically.

As such, the time seems ideal for a tour like Grey Day. The traveling summer festival showcases a lineup of acts representative of the aforementioned genres, offering artists and fans alike the opportunity to continue defying the strict sonic distinctions that formerly preoccupied too much of our time. While the roster varies somewhat from date to date, here’s a who’s who guide to the rappers and rockers hitting the stage in the coming weeks for what promises to be an epic live music event.

Kerrang! readers may already be aware of this New York City rap duo. SosMula and ZillaKami’s unflinchingly hostile blend of trap and metal--courtesy of their go-to producer Thraxx--careens towards misanthropy and nihilism to an alarming extent. Released via Republic Records, effectively making them labelmates with pop stars Taylor Swift and The Weeknd, their frightful Hell Or High Water, Vol. 1 serves as a weaponized counterpoint to the outmoded notion that heavy music and hip-hop ought to be separated. To this end, City Morgue have more at stake in their lyrics than the typical horrorcore fare, something that resonates well with their growing misfit fanbase.

With roots in the SpaceGhostPurrp-led Raider Klan collective out of Florida, Denzel Curry is something of a godfather in the SoundCloud rap scene. The Carol City rapper’s dark and electronic 2013 album debut Nostalgic 64 put his voice against beats by then-unknown, now-infamous producer Ronny J. By the time last year’s critically-hailed and Billboard-charting Ta13oo dropped, his style had broadened considerably without losing the edge of that early work. On his recently released Zuu, he celebrates the Miami he came up in and still reps to the fullest with pugnacious bangers and bassbin rattlers.

Signed to $uicideboy$’ own G59 imprint, Atlanta’s Germ counts classic hardcore bands and lyrically minded rappers among his influences. However, the end result found on his Germ Has A Deathwish mixtape sounds about as modern as can be, with engrossing promethazine anthems like Dirty Faygo and Pint Of Akorn placing him firmly within the dominantly druggy scene.

The first thing you’ll notice about this Ottawa-based rapper is his voice, as deep and sonorous as the beats he spits over. Whether rhyming narcotized bars or singing hedonistic hooks he maintains a menacing yet mellow tone, omnipresent all across his 2019 album Goodnight Lovell. Apart from a few noteworthy guests like Lil Gnar and Wifisfuneral, he largely goes it alone on that project, bringing an ominous and bellicose vibe to the counter the trap genre’s prevailing pop wave.

So much of what’s popping in hip-hop right now owes a debt to Three 6 Mafia, the Memphis group that laid a foundation of 808s and urban horror. That said, Juicy J’s presence on Pouya’s single Six Speed off his new album The South Got Something To Say puts the younger artist’s competition at a considerable disadvantage. A core part of the Buffet Boys crew, the Miami rapper flexes dexterously as he croons and speedily spits on the balladic Five Six and the pop-rock adjacent I’m Alive.

Los Angeles’ Shoreline Mafia sound a lot like what you’d expect from a rap crew from that city. Rubbery basslines and iridescent flows characterize their work consistently, even as Fenix Flexin, Master Kato, Ohgeesy, and Rob Vicious each comes through with their own respective rhyme styles. Their dedication to trap extends beyond the musical, something evident in their lyrics.

The headliners behind the Grey Day tour have kept listeners on their toes for quite some time, showing no sign of letting up in 2019. Edgy masterminds Ruby da Cherry and $crim recently followed up their 2018 I Want To Die In New Orleans album with a curveball of an EP entitled Live Fast Die Whenever. Co-credited with Blink-182 drummer Travis Barker and featuring a pair of guest appearances by Korn guitarist Munky, the short and contentious effort demands rewind after rewind.

In the fervently inclusive and weirdly wondrous world of Odd Future, this Sacramento, California quartet stuck out in a big way. A far cry from the bizarre and brilliant hip-hop of affiliates Tyler The Creator and Earl Sweatshirt, Trash Talk's thrashy hardcore stylings seemed dichotomous amid an already fairly diverse artist pool. Yet as touring with then-labelmates MellowHype proved, the band could not only connect but demolish the artificial partitions between heavy music and rap, one gig at a time. Known for his animated and energetic stage presence, frontman Lee Spielman can’t be contained live, climbing the rafters and leaping into the crowd with carefree abandon.

This Baltimore group emerged from the city’s vibrant hardcore scene back in 2011 with Pressure to Succeed, an aggressive EP with surprising alt-rock twists. That inherently left-of-center approach broadened with each successive release, up to and through last year’s Time & Space album for Roadrunner. Circle pit fury, 311 appreciation, and pop punk energy fused together into something not strictly beholden to any particular genre yet fascinating in its execution. In the live setting, the band explodes almost as much as the eager audience of moshing, pogoing, screaming maniacs.