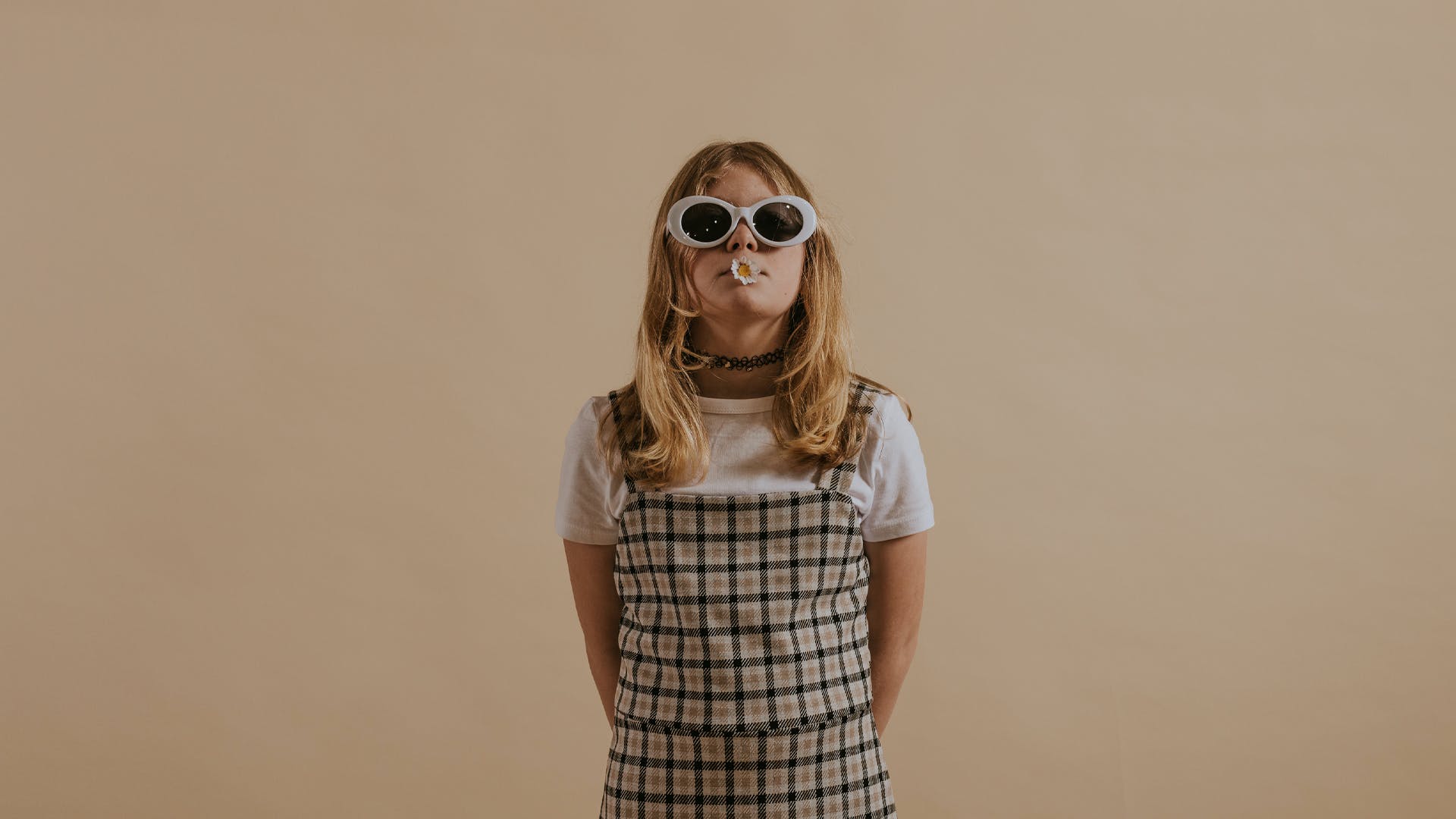 Harper Jerret had never been to a metal gig before she performed at one. She’d never seen a mosh-pit, either, until earlier that same night, while she was watching the support act from the balcony. As she watched the punters jostle and push beneath her, she turned to her stepdad and asked: “What are they doing?”

The band they were watching was Vexed, who were opening for Spiritbox at their second-ever UK headline show at London’s O2 Academy Islington in June. Later that night, Harper was brought onstage by Courtney LaPlante herself to tear through a thunderous rendition of Holy Roller, and the fans loved her. Not bad for a first gig, eh?

Harper’s stepdad is Ben Lumber, frontman of the post-hardcore band Acres, and one day he brought her along to the studio so she could watch them record. While they were there, he showed Harper the Holy Roller video for the first time, which was one of her first encounters with metal music. “I was like, ‘I have to try this!’” the 10-year-old recalls, speaking over Zoom from her home in Somerset, with Ben sitting just out of view of the webcam. “And then a demon came out! I don’t know how I did it.”

Hoping to show what she could do to the biggest audience possible, she got on a plane for an 11-hour journey to audition for America’s Got Talent. The video of her audition has been viewed almost two million times on YouTube, having only been uploaded a month ago. The surprise of an unassuming looking primary schooler opening her mouth and letting out a ferocious scream got Simon Cowell jumping out of his skin, and a proportion of America’s conservative right calling her the devil. Thanks to Harper, the music mogul who helped to make One Direction and Little Mix household names now knows who Spiritbox is. And, to top it all off, it got her a meeting with Courtney LaPlante, who asked her to perform with her in London there and then.

So, how does it feel to perform with Spiritbox? “I definitely felt like I had more energy up there than on America’s Got Talent,” remembers Harper. “On America’s Got Talent, I was just standing there shaking.” Before AGT, she hadn’t been on the stage a great deal, and she was so nervous in the run-up to her performance that her audition had to be pushed back. Having Courtney by her side proved to be helpful, as did a different sort of audience than the spectators who watched her audition with looks of confusion. “When I was with Courtney, I swear she gave me her energy and all the people in the crowd, since they knew metal music, [I felt like] they would understand it,” she continues. “When I got onstage, I was like, ‘I love this. I wanna go again!’ My heart was beating so much after that. It was so fun, but also scary.”

After her audition video went viral, everyone at Harper’s school seemed to now know who she was. They’d all seen the clip, and they kept asking her how she managed to sound like she did. Being recognised has become a steadily more regular occurrence – she’s even encountered people in her local Costa asking, “Are you Harper off America’s Got Talent?” Naturally, it’s a lot to take in. “I still haven’t got used to it,” she says. “It’s still quite annoying [when it comes from] teenagers.”

She’s often dealt with it by deflecting. “Today, I went with my friend to her house. Her brother came up to us and he was just like, ‘Your friend was on America’s Got Talent!’ [I said], ‘No I’m not!’ He was like, ‘Yes you are.’ I said ‘No, I’m not. You’re sure you’re not talking about this girl here?’ I just pointed at a random person. I was like ‘What do I do?’”

Things have moved fast for Harper – although her audition aired barely a month ago, she’s already transforming into an artist in her own right. She recently signed a deal with Pale Chord, the label that was created for Spiritbox to release their music on (in partnership with Rise). No time was wasted before she released her debut single, Falling, a pummelling four minutes of catchy metalcore that’s allowed her to have her own platform to showcase who she is and what she’s already capable of. “It’s better that people know my thing isn’t fake now!” she says. “Some people thought it was fake, and I’ve proved them wrong, [because] I’ve got my own song.”

Harper has been working with the best people to get her burgeoning career off the ground – from Melissa Cross (one of metal’s most prominent vocal coaches who’s helped everyone from Jesse Leach to Corey Taylor) to Courtney LaPlante (to scream in ways that won’t damage their vocal cords in the long run).

Chris Wiseman of Currents and Shadow Of Intent has been on-hand writing the riffs, while Ben has been helping her piece the lyrics together. “Ben was doing most of it, but I would give [myself] a little bit of credit [too],” she says. He largely brings most of the ideas to her, and she chooses what she likes best. “Most of the credit goes to him, but not all!” she adds cheekily.

Harper has some more songs that are waiting to be released, but she isn’t sure exactly when. Regardless, hers is bound not to be a flash in the pan success – it’s not every day that the world watches a child walk onto a talent show stage and unleash a voice beyond their years in a style that nobody could have expected. Indeed, she may well be what the next generation of metalcore vocalists looks like.