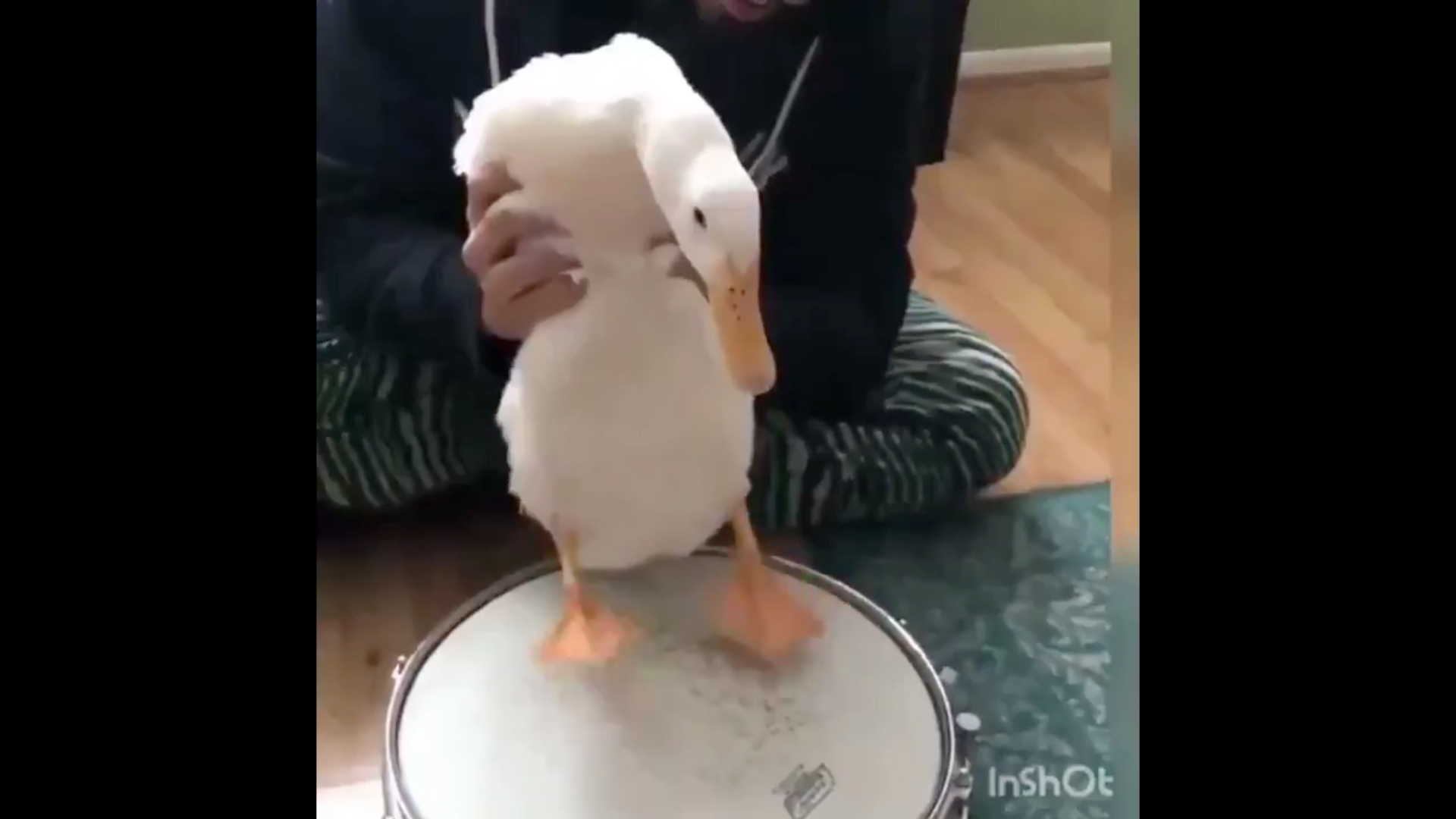 It's yet another day of internet madness. If you're an avid Twitter user and follow people with a penchant for musical waterfowl, you might have been the video of a duck playing drums with its feet. If you haven't, then honestly the internet is wasted on you. Put LinkedIn down and watch a duck bash its little orange feet away for 17 seconds.

But with this being the internet – a virtual hive of buzzing creativity and ridiculous ideas (along with an undying love for nu-metal) – the drumming duck video doesn't stop there.

Twitter user Murray Lewis has turned our feathered friend into a tubthumping titan, bashing out the intro to Disturbed's turn-of-the-millennium banger Down With The Sickness.

"GET UP COME ON AND HONK WITH THE SICKNESS," tweeted Murray, sharing the video which has so far been viewed over 11,000 times. Which, in our opinion, is not enough.

Have a gander for yourself below.