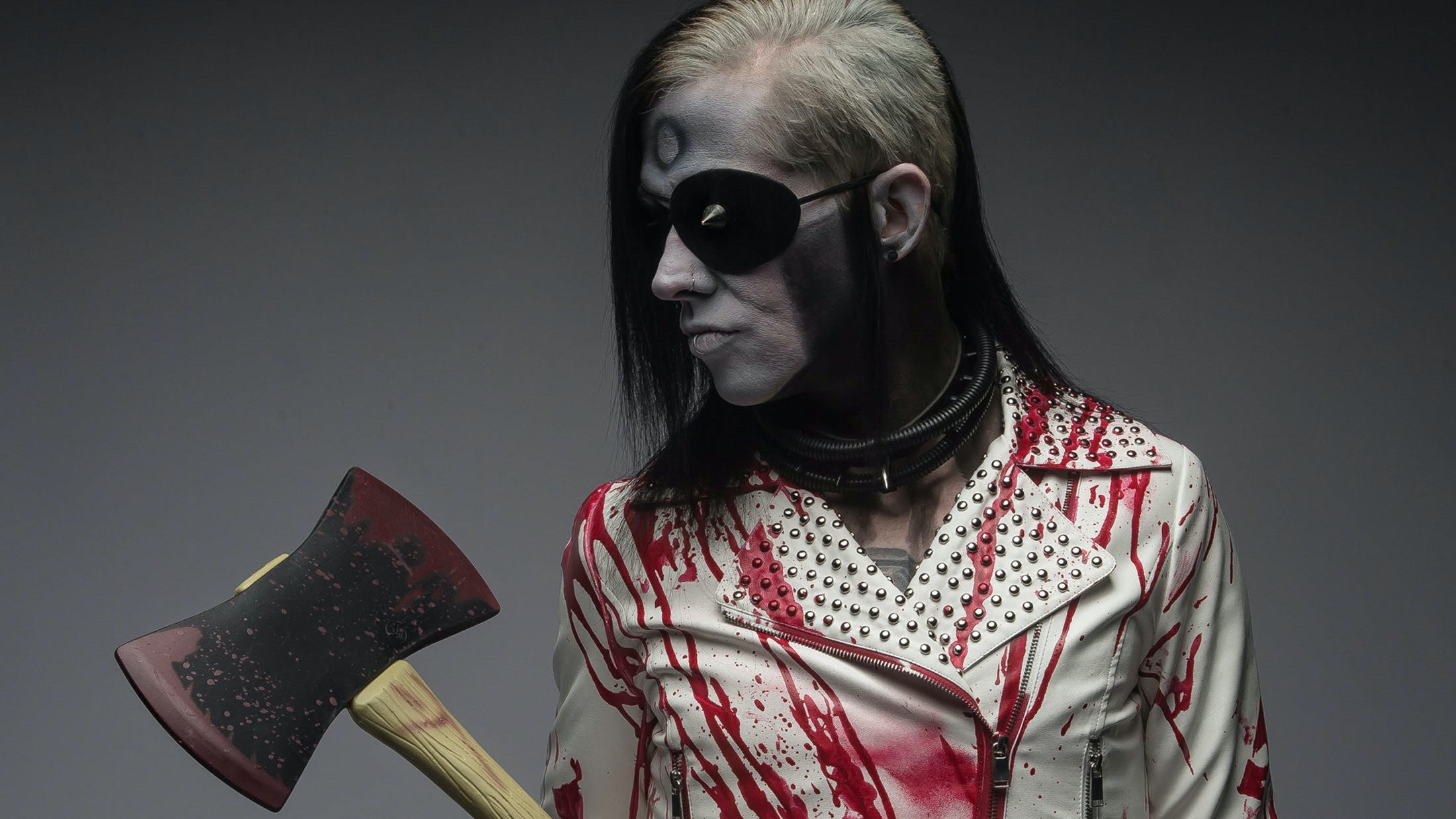 Who doesn't love to say 'Fuck'? Wednesday 13 certainly does and he's been using his audiences’ ears as a potty with this splendidly immature and wholly cathartic ditty for two decades now.

In case you were labouring under the impression that I Love To Say Fuck was a Murderdolls song, it actually goes much further back to Wednesday's former band Frankenstein Drag Queens From Planet 13.

“I was working at Kmart. That was my day job, or night job actually, and I worked by myself in this big department store at night. It wasn’t open 24 hours and I was the stock guy, so I’d be locked in overnight. There was no boss watching over me so I used to bring my guitar in; I was working on an idea for this song, I Love To Say Fuck. I thought it was a cool idea and I wanted to get the riff down, so I went into the ladies' room of the Kmart because the acoustics were better. As a bit of extra background knowledge: yes it was a Frankenstein Drag Queens song originally, but the Murderdolls logo that was the ladies room symbol came from that exact bathroom. I pulled it off the wall and that’s what I used to make the original logo – with some Wite-Out and a Xerox machine.

“I remember calling the janitor in because I nailed the riff and I had the chorus. He was my first guy to test it out on and this guy was probably 20 years older than me; he was from the Czech Republic and barely spoke English. I called him in and went, ‘I ain’t got a fucking problem / I just love to say fuck…’ He stopped me and said, ‘No one will ever want to hear this song. This is the worst song I have ever heard.’ I was like, ‘One day somebody will want to hear this song,’ and here we are 20 years on still talking about it. That guy actually came out to my show two years ago. He’d never seen us play, but he came out to see it live and he said, ‘Okay, you were right.’ It kinda came full circle.

“At the start of the original Frankenstein Drag Queens recording we put a bit of music on. It was a children’s album that I had on vinyl and we slowed it down on a manually operated record player. It was like a Sesame Street/Mother Goose nursery rhyme or something like that, which was slowed down to sound like it was possessed.

“When I took the Murderdolls gig and started working with Joey (Jordison), no one had really heard of Frankenstein Drag Queens. I had never been to the UK or Europe prior to Murderdolls, you didn’t really have the internet to see if people were talking about your band. In my mind I had all these great songs that no-one ever heard and that’s why we decided to re-record a lot of those songs. Frankenstein Drag Queens were a bar band in North Carolina. We played to a total of around 200 people in six years but I wanted the songs to be heard. When we put the Murderdolls record out, the Frankenstein Drag Queens records were re-released and when we were doing the White Wedding cover we needed a few more songs. We’d been playing I Love To Say Fuck live and I said to Joey, ‘I told you this was going to be the hit.’

READ THIS: "I think we are alien. Something manipulated our DNA": 13 Questions with Wednesday 13

“I don’t care which version people get behind. I’m just glad that people like it, because it’s the most ridiculous song and when we play it live, the reaction is amazing. The amazing thing is I’ve been playing that song since 1999. I don’t feel I ever have to rehearse it because it comes so naturally now but when we play it live, it’s ridiculous. Because everybody can say ‘Fuck’ and when you play it at the end of the set, when everyone’s had a beer or two, it’s a free-for-all. I remember when we played with Alice Cooper, looking out and Alice and his family were all watching us play it at the side of the stage. That was amazing for me as a huge Alice Cooper fan. It’s the hit song that can never be a hit and yes, I still love to say ‘Fuck’."