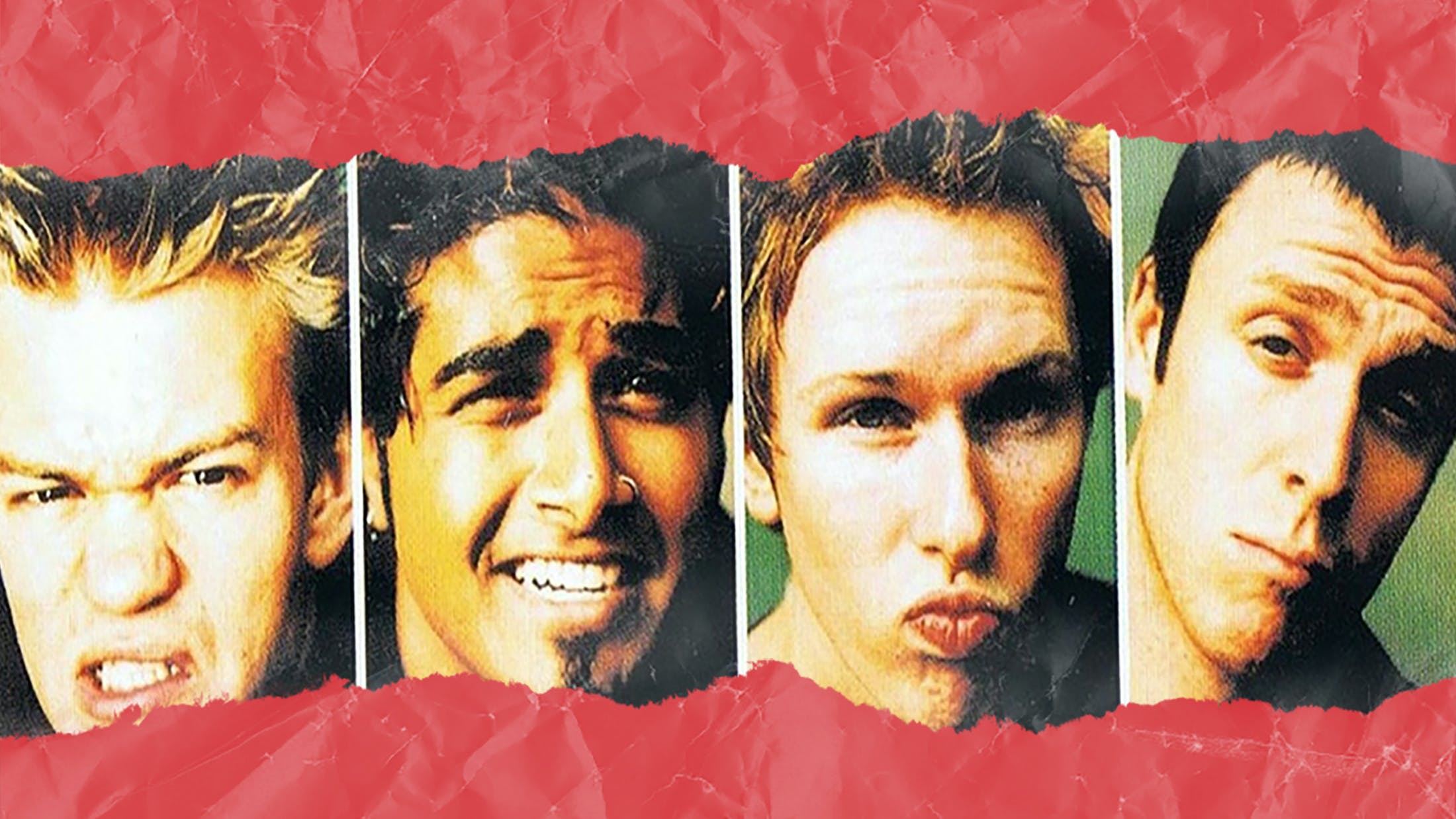 In the summer of 2001, pop-punk dons Sum 41 smashed their way into mainstream consciousness with a stream of unforgettable singles taken from their aptly-titled breakthrough debut album, All Killer No Filler.

Here, frontman Deryck Whibley walks us through the inspiration, creation and lasting legacy of the still-fresh-as-daisies banger In Too Deep, revealing how had the band got their way things could have been so very different…

“I remember writing that song pretty well. It was kind of by chance that I was I was sitting down to write a song at all when it came to me actually. What you have to understand is that Dave ‘Brownsound’ [Baksh, Sum 41 guitarist] is notoriously late for everything. He always has been and still to this day he’ll be an hour late for pretty much anything we ever have to do. So he was supposed to pick me up when I was still living in my mom's house before we were signed or anything like that. We all lived with our parents back then, because we were only just 18. I can't remember where we were going, but I think we're going into the city to downtown Toronto. He was the only one of us who had a car at the time. And he was late as usual, while I was sitting by the door waiting and waiting and waiting. But I had a guitar there. So I just kind of picked it up while I kind of checked out the window, looking around for him. And then the riff came.

“Within maybe three or four minutes the majority of the song was written. I just kind of kept going with it and instinctively playing and singing what became the chorus. There were basically just two chords over and over again and I had this melody over it. The words came right away and song was done pretty simply. And then Dave finally showed up, I put the guitar down and I didn't think much of it. I had recorded it on my little recorder like I always do when I write, so I checked it out again the next day. I was like, ‘It's not bad,’ so I made a little demo of it, but I didn't have the middle section or the guitar solo for a long time. I don't really remember when that came, but I feel like it was probably six or eight months later until I finished it. But overall, it wasn't a painful process. And I hadn't really written a lot of songs for Sum 41 by then, so it was still pretty early on.

“I feel like there's something in the simplicity and in not overthinking it with it coming to me with relative ease. Sometimes it feels like those ones – I don't know what the word is – but they’re ones that, I guess, reach more people or seem to mean something to people. It doesn't mean that only the good ones come quick. But it seems like those ones that really connected people they have they always came quickly.

“Weirdly, once we started getting more and more songs we were kind of unsure if we were going to actually put that one on the record. And we thought it was our best song at one point. But then we kept going and that one seemed kind of old and boring to us. The new ones we were excited about, so it was other people telling us, ‘No, that's a hit. That's a good one.’ So we put it on the album even though we weren’t sure and it’s weird that almost by chance it became big. A lot of songs that are really big almost didn't make it, or so I've heard from a lot of other bands.

“For In Too Deep, the words were based on very basic-level relationship stuff that I’d gone through in high school, because that was my reference point. I was only 18, you know, so I didn't really have much life experience, and I hadn't even been in a relationship since I was probably like, 16, but I had a bad relationship in the 10th grade. I was just like, ‘I'm not gonna have any girlfriends anymore. I'm not good at the relationship thing,’ or at least at that point, it seemed very stressful to me, so I just kind of stayed away from all of that. But I guess I was able to sort of tap into those early relationships and it’s universal, so I was milling the simplicity in that. There's something magical about that era in your life.

“But honestly? I look back at that song and I'm kind of embarrassed by it. I don't even know why. It just seems so basic, I guess. I think it was our biggest song in the UK, but not everywhere else. We didn’t actually play the song for about nine years. We started playing it again in maybe 2010. So we have a rocky relationship with that song a little bit. I think what we didn't really like about the song was that there was two versions that we recorded, and we the one that ended up on the record that everyone knows is not the one that we loved. So the way we play it live, it's not much different, but it starts with the big riff that comes after the chorus.

“My memories of making the video are great, though. The video was fun. It was a two day video shoot and it definitely felt like we were on a movie set. There's so many people there and so many trucks and I guess and the whole experience was so new to us. The video was based on the movie Back To School and we filmed it at the same location so it was treated almost like a real movie.”