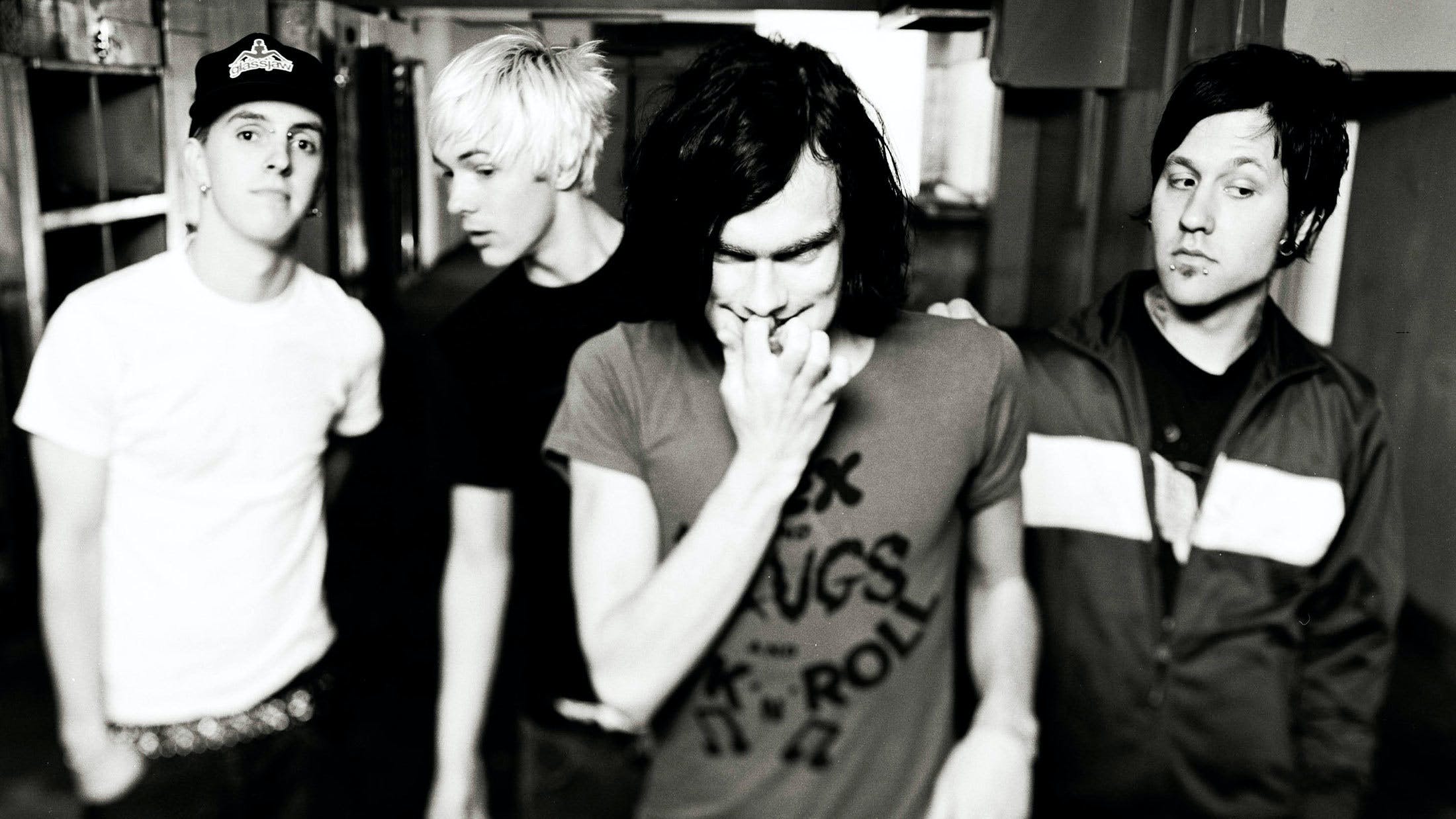 The Taste Of Ink was The Used’s breakout hit. Released in late 2002, the song became something of a self-fulfilling prophecy for the Utah band, as Bert McCracken, recently out of rehab, fantasised about making something of his life and escaping the drudgery of their home state.

As Bert recalls here, it became the song most entwined with the group’s humble, smoke-stained beginnings, but also their first flushes of fame. However, it didn’t end up sounding exactly the way that the four-piece had originally planned…

“When I first met the band, we were all such different people. I’d just come out of drug rehab and quit using crystal meth a couple of months before that. I was in a really sensitive place. And once we started writing music and trying to play shows, it felt like we were never going to be able to escape the prison that was Utah. Our dream and our ambition was just to be out on the road, we actually thought that success meant just being able to play Warped Tour. That’s what would have made us a successful rock band in our mind.

“I lived at Quinn’s [Allman, guitarist] house for the first little while until the band took off. His house was kind of like a cat-pee house. I don’t want to talk shit, but it was like a cigarette, cat-pee house. And it felt a little prison-like, just as Utah did, with nowhere to play music and no live clubs, and music fans were just stifled for opportunity. So the song kind of represents that dream and chasing your dreams.

“The riff was a Quinn riff. The tempo was established by the riff and it was never really debated. The drumbeat seemed like it should be that flow right with the guitar. The lyrics and the melody to me kind of feel like a cool call-out to pop punk emo before it go emo, like The Get Up Kids and Texas Is The Reason – like that stabby feel. It all kind of came together really naturally around the amazing guitar riff that Quinn came up with. We were all in Branden’s [Steineckert, drums] little shit house [when Quinn showed it to us]. He had this awful little house he was renting in Provo at the time.

“We had the demo recorded and they gave it to me to take home to write lyrics to, and I think the guys were a little bit worried because they had just met me and they weren’t sure how motivated or ambitious I was because I had just come off drugs and was still really heavy in the NA meetings, going every day. So I think they were really worried about how long it might take me to write lyrics. But I took it home that night and I remember I didn’t even start working on it ‘til like 3am. That’s where that ‘4 o'clock in the fucking morning’ line came from. But yeah, working in that cigarette, cat-pee room, it was like a prison in there. There was like one of those fluorescent light bulbs that are like static, distorted light. But I finished it up that night and when I showed it to the guys, we all kind of knew that it was special.

“There was actually a different chorus for the song when we first recorded the demo. [Producer] John Feldmann flew us out to LA to record that song and thought we could do better for a chorus. So we walked down to Venice Beach and sat on the beach and that chorus came out in, like, the first minute. It was like, ‘How are you feeling right now? What does this feel like?’ And it’s almost cheese. I think some lines spoken with true emotion can be a little bit cheesy. Music just works that way. It almost makes it feel more truly emotional. But that’s exactly how we were all feeling. We had never felt more excited about our band. We’d never felt more in the moment; it was like the most exciting-little-kid moment you could ever have as a 19-year-old. So, yeah, there we were, it was in our hands, we were savouring every moment of it. I’m trying to remember what the original chorus was like, the words were: ‘And I know that it takes time, so I’ll make time.’ So it was almost like the ‘before thought’ of before John Feldmann flew us out there and we had a big chance. It definitely wasn’t as catchy as the new chorus.

“The Taste Of Ink is one of those songs that has such a loose concept. I think it’s relatable to anyone’s life – that feeling of wanting to be in a better place is so easily relatable, that ‘I feel stuck’ kind of situation. I think you can easily connect to that feeling. I remember we were on Warped Tour playing the third secondary stage, and as we started playing that song, all the power went out. So all the instruments stopped, the vocals stopped, the PA stopped, and the crowd sang the entire rest of the song! I don’t think the record was even out yet. We were like, ‘Whoa, this band is going to be… holy shit.’ Then about three months later we were out on tour with Tom from blink’s other band, Box Car Racer, and everybody was leaving before they would play! They would watch The Used and then take off. It was like, ‘This is really happening. This is insane.’

“One kind of crazy thing – I’m sure this information is out there on the internet already – but the lady that plays Quinn’s mom in the music video [Lana Clarkson] was killed by [American record producer] Phil Spector, like, two months after that. It’s insane. But the video was so fun. It was an all-night shoot, and the concept was, ‘There’s a bunch of people partying at your house and you walk around the streets at night,' and we were like, ‘Sweet. That sounds like the best time ever.’ I specifically remember walking down a street in Los Angeles that they had lit up like crazy, and it was almost four in the morning and they had all these street lights up and the playback was playing super loud. I’m like, ‘Los Angeles is fucking insane. Like, aren’t these people asleep? What’s going on?’ It was pretty funny.”