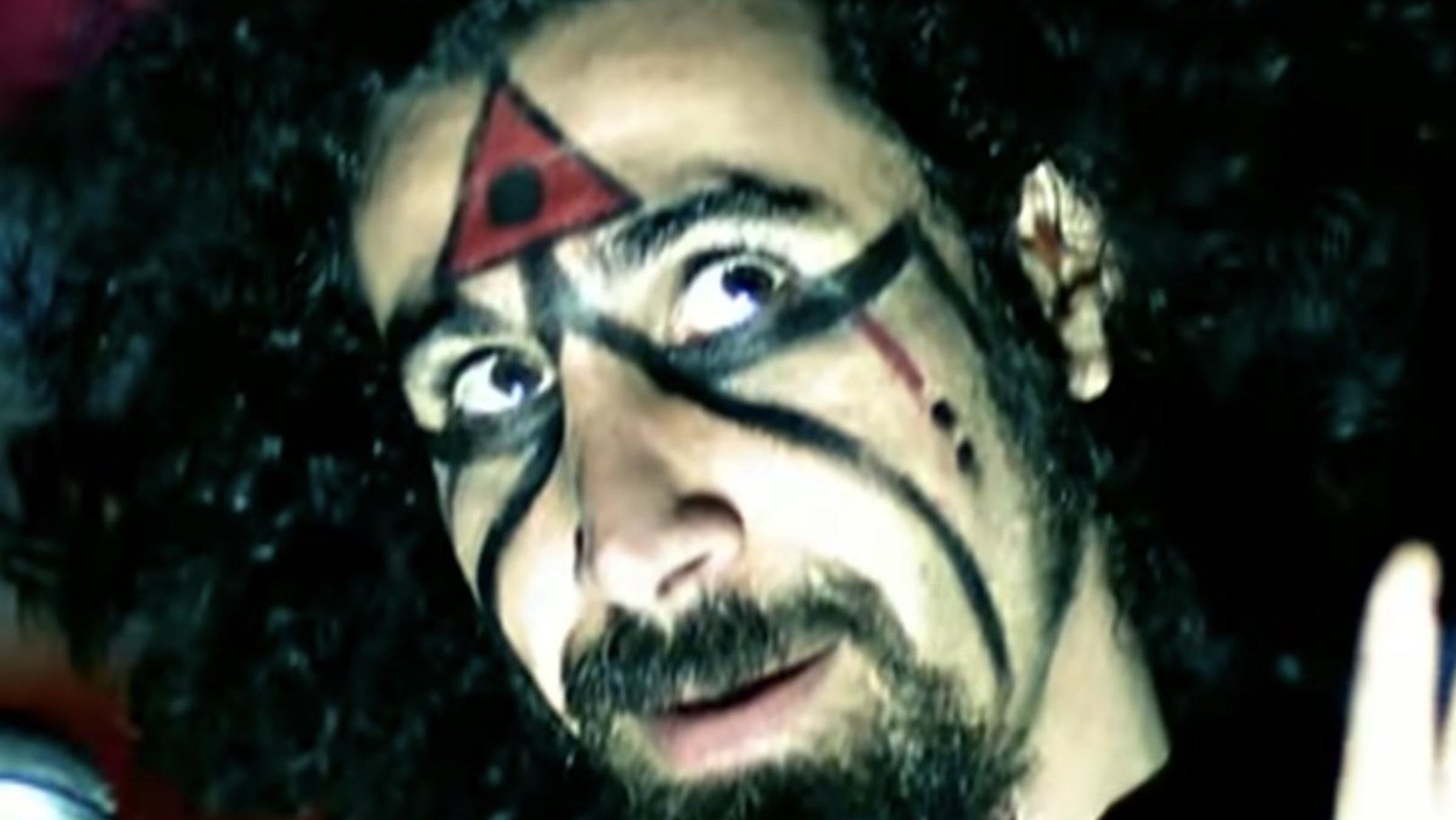 Growing up, I was that kid at every school function who refused to dance. My signature move was usually posting up at the edge of the dance floor in my JNCOs and Nine Inch Nails shirt, arms folded, observing my classmates with disgust as they swayed to Christina Aguilera. My excuse was that the pop music being played was stupid, and I wasn't going to give that bullshit the satisfaction of dancing to it (and hey, fair point). In reality, I didn’t understand the basic principles of dancing, and was terrified of looking like a massive tit if I even tried. I assumed I was just one of those people who couldn't dance, ever.

All this changed at Ozzfest ’99, when I witnessed a band I’d never heard of named System Of A Down performing a song called Sugar. From start to finish, the track was a massive, unforgettable anthem with a weird edge… and most importantly, it got an entire arena of snarling metal fans who’d come to see Slayer dancing as one. Eventually, Sugar's bizarre, no-fucks-given attitude showed a whole generation of misanthropic, edge-of-the-dance-floor kids that metal could be weird, funky, and fun as hell to dance to.

It’s not that nu-metal was totally humourless or undanceable leading up to the release of System Of A Down’s self-titled debut in 1998. For years up until then, bands like Korn and Coal Chamber had been perfecting a style of guitar playing that defined the genre: the bounce riff. Percussive and primal, these throbbing guitar parts were made for jumping up and down, and facilitated moshing in a way that even the groove metal riffs of bands like Pantera and White Zombie never quite touched.

But nu-metal was still worried about looking stupid on the dance floor. A young genre that actively wanted nothing to do with the cheesy bullshit of glam, the mopey despondence of grunge, and the utter candy-coated horror show of ’90s pop, nu-metal did its best to seem as grim as possible. Its problems were serious, its anger was raw, and fuck you for trying to make it conform to the standards of this seventh grade winter formal. Moshing was acceptably violent, but dancing? That was for everyone else.

System Of A Down broke that rule by bringing a number of off-kilter elements to their music that kept it from sounding too self-involved or toxic. Sure, they had big, fearsome bounce riffs, but interspersed throughout were Daron Malakian’s weird, sparse, playful guitar leads. Bassist Shavo Odadjian and drummer John Dolmayan added staccato rhythms that split up the genre’s typical trundling grind. And most unique of all were the vocals of frontman Serj Tankian, which shifted between frantic whinnying, screaming, and full-throated singing at the drop of a hat. And nowhere did all of those elements come together more perfectly than on Sugar.

While Sugar starts with a roaring bounce riff, its verse guitar lead was made for skipping, skanking, and bopping around with reckless abandon. Shavo’s bass line sounds like something out of a swing tune, while Serj’s vocal rhythms as he sings, 'I’m not there all the time, y’know' channel a little bit of vintage, finger-wagging rockabilly. Meanwhile, every verse builds bit by bit into the massive release of the chorus kicking back in, with Daron’s playful guitar turning into a high-tension whine that erupts into a fresh barrage of distortion.

Of course, it’s the song’s bridge where things get truly weird. Serj’s gibbering singalong rant, weaving between clownish squeals – 'No lights! No music!' – and maniacal rage – 'Just anger! I’ve killed everyone' – was revolutionary at the time for its madcap weirdness and abandonment of traditional song structure. The kick at the end of his rant and the singalong call of, 'How do I feel? What do I say? FUCK YOU, it all goes away!' brings fans back into the pounding bounce of the track – but even that breakdown speeds up and becomes a nursery rhyme(ish) whirl that ends in an agitated spasm.

As important to Sugar’s danceability as its structure is its attitude. Serj Tankian doesn’t sound like he’s pissed at his dad or his teachers, but instead like a kid grinning at you through a mouthful of cereal. The guitar lead in the verse is deeply goofy, coming off as someone trying to poorly play Polly Wolly Doodle before losing their shit and smashing their ax. Even during its most furious moments, there’s an element of Joker-esque fun to the track that makes trying to look tough and cool feel like the least tough and cool things in the world (not to say the song isn't serious – its video is a stark condemnation of society – only that its tenor feels more ridiculously human than those of SOAD's peers).

For many fans of heavy music in the late-’90s – this author included – Sugar was an escape from rock's rules. No longer did music have to be couched in how fucking real your personal problems were. And no longer did dancing to metal have to be nothing but jumping and shoving. Sugar was an invitation to shake your booty like a goofball without any shame or self-consciousness, because that was the only good way to move to a song this weird.

Watching this happen in real-time at Ozzfest was mind-blowing for. There I was, a heavy metal greenhorn desperate to be taken as seriously as possible, watching thousands of Satanic heshers jumping in unison and singing like drunk puppets. It made me realise that this music could be, strangely enough, fun, and that if anyone was going to rip on me for dancing – even if I was total shit at it – they were the asshole.

Metal should always have a good time at its core, even when it's angry, and sometimes it takes losing one's wits to reach that mindset. Sugar proved that even a chud like me could dance without embarrassment. It proved that metal could embrace the absurd and unorthodox, and still be serious as hell, even if only about how weird it was. Sure, the average metal fan would look absolutely insane shimmying around to this song while yelling 'SUGAR!' at the top of their lungs, but at least they'll do it with a smile on their face.