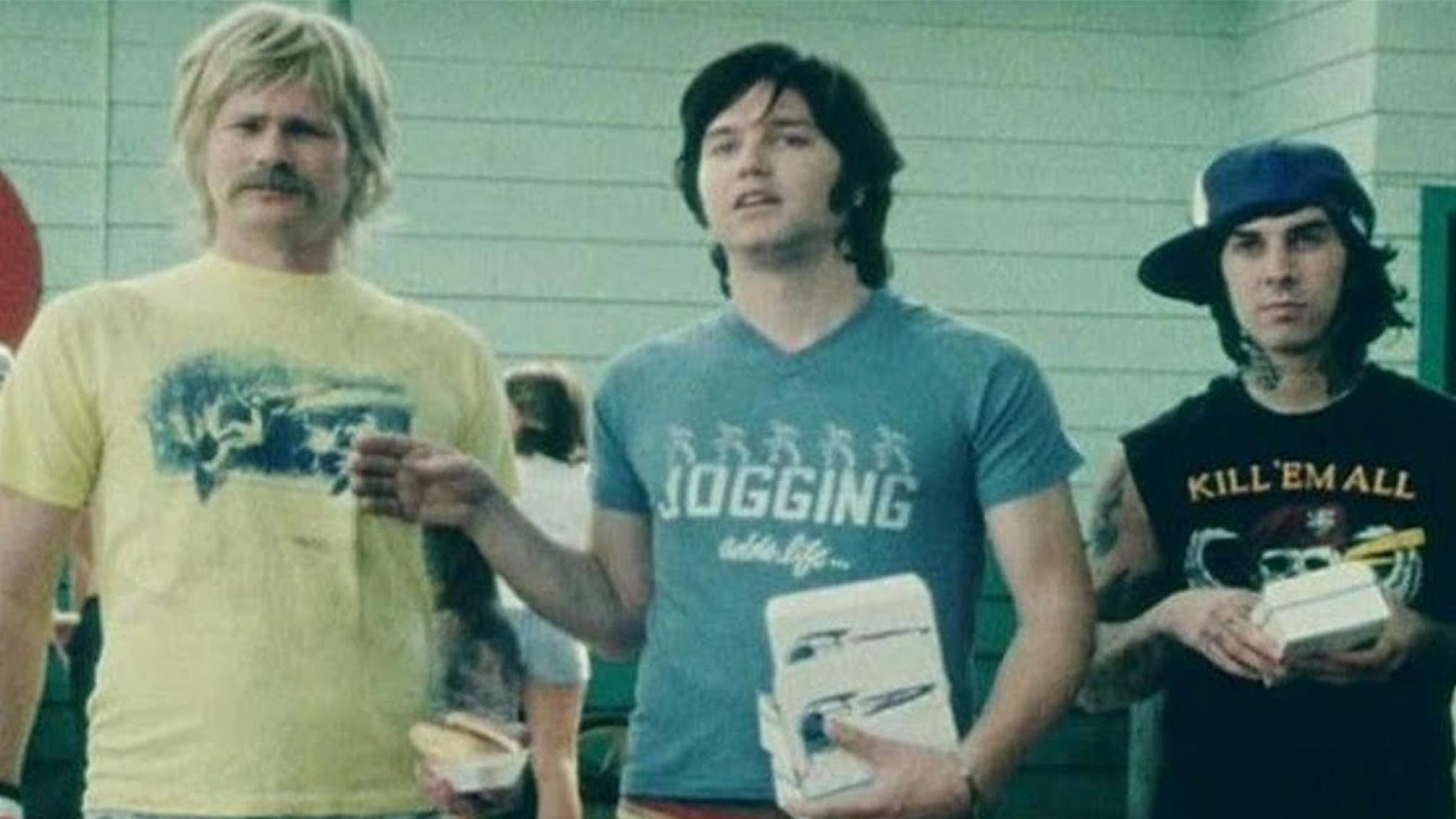 Around the turn of the century, nu-metal was selling by the bucketload, infecting the mainstream with heaviness thanks to albums like Slipknot’s Iowa, System Of A Down’s Toxicity and Limp Bizkit’s Chocolate Starfish And The Hot Dog Flavoured Water. But it was still pop-punk that ruled the rock roost. And it was blink-182 – overtaking even Green Day for a time – who were the kings of all they surveyed.

With 1999’s Enema Of The State, the San Diego threesome became megastars thanks to enormo singles like What’s My Age Again? and All The Small Things, the latter a song that may as well have replaced jingles on U.S. radio, such was its ubiquity. As a counterpoint to nu-metal’s anger, and the overbearing, po-faced angst of bands still trying to ride the last bit of the grunge wave Nirvana created, blink’s sunny pop-punk, criminally catchy tunes and gloriously childish sense of humour (it is a special type of toilet-level genius who can rhyme the words ‘Diarrhoea giver’ with ‘Listening to Slayer’, as Tom DeLonge did on Enema’s Dysentery Gary) was simply perfect.

But it was their 2001 follow-up, the hyuk-hyuk titled Take Off Your Pants And Jacket that saw blink cement their name as the band of a generation, polishing the pop-punk of its predecessor to a California sun-bright sheen on The Rock Show and First Date.

But it was also an album that found the band striving to break out of the confines of the three-chords-and-a-laugh formula they had already perfected. Indeed, rumour has it that the band wrote the two aforementioned songs as a joke, to give their label the most blink-182 of blink-182 songs.

Elsewhere, though, songs such as on Stay Together For The Kids and Everytime I Look For You put the goofing on the backseat, instead opting for something that showed blink as a more serious proposition, as musicians and lyricists, drawing on influences from post-hardcore bands like Fugazi, and (in the case of the former), lyrically dealing with the break up of Tom’s parents.

Where Enema… was a hit, though, something else happened with TOYPAJ. They were no longer a band who got lucky with a big hit, but were quickly becoming a pillar, something upon which a wave of new bands over the following years would be built. As we saw in his guest review of the Take Off Your Pants And Jacket vinyl reissue, Neck Deep’s Ben Barlow spoke of how it was this album that made blink “one of the only bands where I went past just liking their music”. Basically any other band to come out in the last decade or so will probably tell you the same. This wasn’t an album; it was a moment.