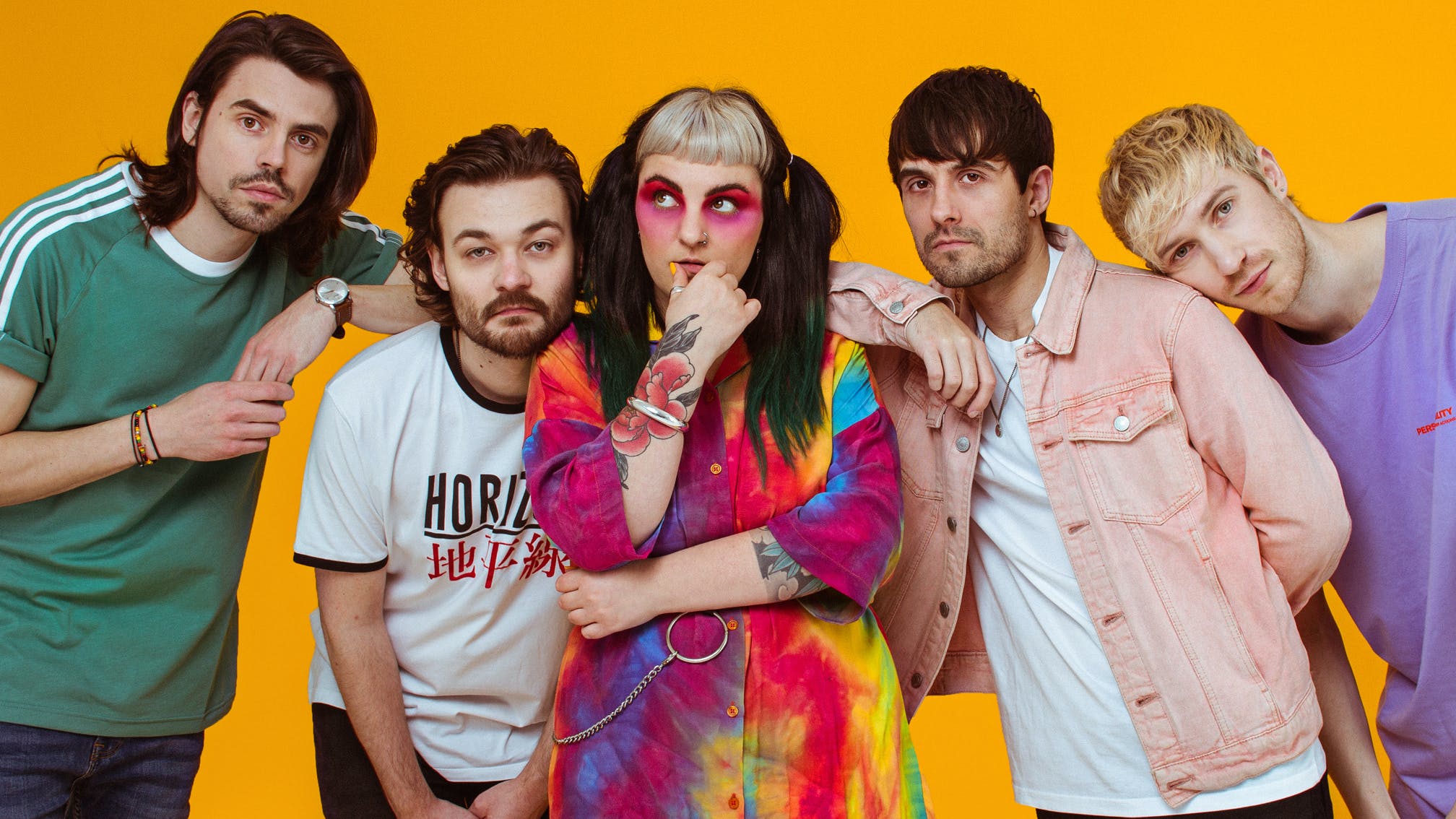 A month-and-a-half ago Katy Jackson was riding an electric bike in Cornwall, hurtling along the area’s Camel Trail, an 18-mile route that follows a disused railway line, when she “lost a fight with the pavement”, went over the handlebars and slammed into the concrete. In the process she broke both of her scaphoids, a small bone in each wrist. Fracturing one or the other, left or right, is common – usually done when someone takes a tumble and puts a hand out to control their fall – but totalling both is… less so.

“The doctor said he hadn’t seen someone do it in 10 years,” Katy laughs today, sporting the swelling of the broken nose she also sustained in the accident. “It’s been really sucky.”

The singer isn’t kidding. While her powerful voice was unaffected, the casts on both arms have prevented her from holding a microphone or playing the guitar she spent a considerable amount of the pandemic learning, so the shows her band Tigress had in the diary had to be cancelled or postponed. Even the dates the Chelmsford band have booked for November are a little precarious, according to Katy, if she ends up requiring further surgery or her rehabilitation doesn’t happen quickly enough. Yet somehow in the midst of all these setbacks, of fate intervening to prevent her hard work paying off, she remains resolutely upbeat.

That’s not simply because her bandmates – guitarists Sean Bishop and Tom Harrison, bassist Jack Divey, and drummer Josh Coombes – have suggested they’ll overcome any complications by having Katy wheeled out onstage like Kurt Cobain at Reading ’92, or perching atop a rock throne a la Dave Grohl. She believes her band’s debut album, Pura Vida, is the greatest thing they’ve put their name to as Tigress – so-called since 2015 – or their previous incarnation The Hype Theory, pop-punks who formed in 2010. And she’s right.

Pura Vida was written for three years pre-COVID and recorded at Black Bay, a crab factory-turned-studio in the gorgeous Outer Hebrides – the island chain off the west coast of Scotland it took an exhaustive drive and ferry ride to reach. The area’s temperamental weather was reflected in the changing styles employed by Tigress on their new record, eroding the boundaries of their sound with injections of grunge, punk, folk and shoegaze.

This new way of working is best illustrated by Starting Tomorrow, which began life as a full-band song no-one was particularly enamoured with but producer Adrian Bushby fought the corner of, before Katy and guitarist Sean tackled an acoustic version in the studio; their first and only take of which appears on the finished album, imperfections and all.

“You want to be creative and do all these things but you’re so busy with the mundane stuff in life,” Katy says of the inspiration behind its lyrics, the rising hum of her washing machine illustrating the point. “All of us put things off until tomorrow, which never comes, so it’s important to grab the moment and just do it. That’s what the words say and that’s how we performed the song.”

Katy admits to having done a lot of growing up in recent years. As well as doing so quite literally, becoming a fully-fledged adult with a mortgage and multiple jobs (she’s also a vocal coach), she experienced “a moment of awakening” while on a trip to Costa Rica, the home of the concept of Pura Vida (or ‘pure life’). “I had this day in the jungle surrounded by beauty and having close encounters with sloths where I felt completely content and happy,” she reveals. “I realised my place in the world and that I’m not the centre of the universe. It changed the way I wrote songs. I stopped writing lyrics I thought people wanted to hear and started writing what I wanted to write, upfront and direct rather than aiming for poetry, love it or hate it.”

It was a much-needed recalibration after a period of dissatisfaction and disillusionment. Katy, she explains, had become conscious of her body, as the energetic eat-what-you-want jamboree of her 20s gave way to the metabolically less forgiving 30s, and tough on herself as a result. On a professional front, too, she worried about her age in a scene that celebrates and diarises youth, while wondering if it held Tigress back from the success enjoyed by Neck Deep and Don Broco, their gig and festival bill mates who’ve gone on to conquer arenas. “I was glad to come to a point where, regardless of being slightly older, we’re the same as other bands, chasing a dream and full of ambition. I know so many people our age who were in bands but given up and it’s their biggest regret. Why can’t I be the voice of those people?”

Katy is certainly practicing what she’s preaching on F.L.Y., a chugging ode to love. It doesn’t chronicle the first throes of romance, though, but what happens after those idealistic weeks and months give way to years together. “It’s about what a relationship looks like when you’ve been together for 14 years,” explains Katy, who’s done exactly that. “You piss one another off sometimes but you’re far down the path together and can’t imagine it with anyone else.”

Given the revitalised sense of perspective, what do Tigress want to achieve in the future? “People say to me: ‘Why don’t you go on one of those singing shows? Don’t you want to make it’,” Katy recalls with a sneer. “I made it years ago, creating our own records and playing in front of lots of people. ‘Making it’, for me, is about asking myself if I’m happy with where I am and fulfilled with what I’m doing and answering ‘yes’ to both. It took making Pura Vida to help me realise that. I hope it helps others feel that sense of satisfaction about themselves too.”

Pura Vida is due out on September 3 via Humble Angel Records.

Exclusive! Listen To Tigress' New Album Before It's Out!

It's not out ’til tomorrow, but you can hear it here… TODAY!

Listen To The New Tigress Single, Give Me A Chance