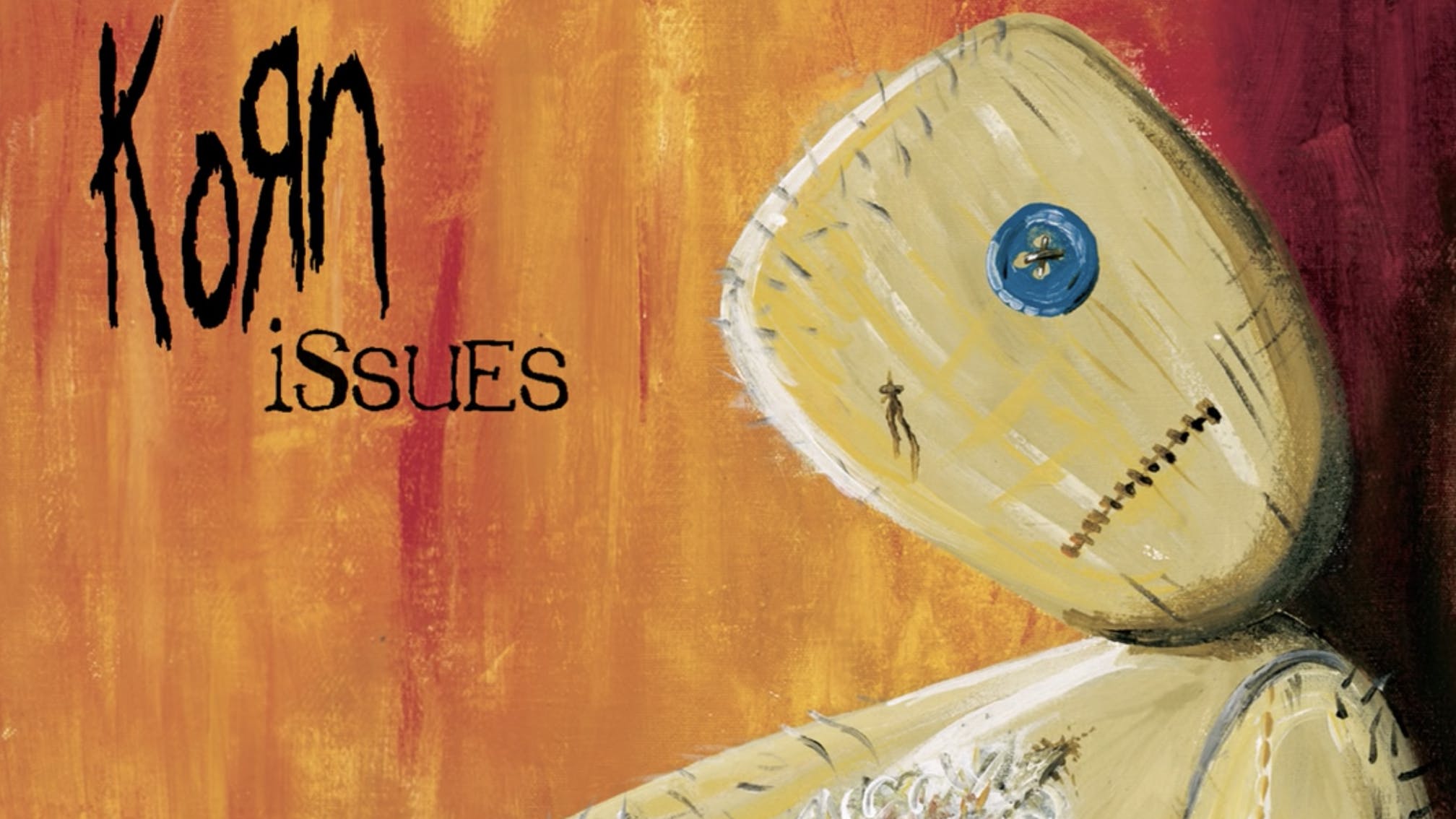 The mid-late-’90s was a tumultuous time for Korn. Breaking out of Bakersfield with their self-titled debut in 1994 with their downtrodden, downtuned nu-metal (which would influence thousands of imitators in the decade to come), they released four LPs before the new millennium – three of which were fuelled by addiction.

1999’s Issues album was different, however, as frontman Jonathan Davis decided he had to clean up his act and kick the gear. Unlike his celebrity peers who might check in to a posh rehab clinic, the Korn vocalist did it the old-fashioned way: purging his system and detoxing while also trying to make a new record (like that scene in Trainspotting, but presumably with more Adidas).

With the band’s previous albums (Korn, Life Is Peachy and Follow The Leader) written and recorded in a haze of smoke and powder, the idea of creating music in the cold light of day was a daunting one for JD. Art had previously been made with a filter or a disconnect between mind and music, but there was no escaping his mind now, locked in a studio with uber-producer Brendan O’Brien, pouring his previously clouded psyche onto the page.

Here, Jonathan looks back on making Korn’s Issues album, and how his newfound sobriety influenced the record that gave us such classics as Somebody Someone, Make Me Bad and arguable career-highlight Falling Away From Me.

What are your first memories of making Issues?
“Issues [was 1999 and] Follow The Leader was 1998. We wanted to be like Led Zeppelin putting a record out every year, which is what they did back then. We’d tour, do a cycle, and do another record… [2002’s] Untouchables was the longest we took to make a record. Issues was crazy – that was my first record sober.

“I did it cold turkey, no rehab, no nothing – I didn’t know what was going on, I was going insane. Now I look back, I realise I was detoxing, but at the time I thought I was really going mad. That whole record is about that – the interludes in between were the weird thoughts in my head. That album was fun to make; we did it really quick with Brendan O’Brien. We did it at A&M studios in Hollywood then went to Atlanta to finish it up and then boom, back out.”

How was it being in the studio sober?
“Nerve-wracking, it was so different. I was so used to being drunk because that would take away my inhibitions; I can be myself, I can freak the fuck out and it won’t matter. Now I’m sober, fuck. Most of the art that came out [previously], I was on something that breaks down that filter, so I had to learn how to deal and be creative again, but I was going through it. Brendan helped me, he was really quick. We did that record in four months, but that’s the kind of producer he was.”

How did the music progress between Follow The Leader and Issues?
“We kept experimenting: we added loops and shit, more of a synthy kind of thing. I started doing interludes and shit, which was me and Brendan – we called our band Tron because we’d only use things that had the word ‘tron’ in it, like a melotron or orchestron. When I was doing those I was playing drums and he was doing the keys or melotron, and I’d do the interlude songs in between, which was really fun – it was just us being creative. Over the years, we’ve been progressing from record to record; the whole secret of that shit is that we never thought about it – we just did it. Don’t let yourself be your worst enemy or doubt yourself."

And then of course there’s the now-iconic artwork…
“We picked that; it was a fucking contest. Out of 30,000 submissions, we had a room stacked with submissions. All five of us were running through things and had a pile that we liked, then sifted through that to get another pile. We did that over and over until we ended up with a fucking ragdoll. That fucking ragdoll. That became our Eddie.”

This interview was originally published in November 2020.