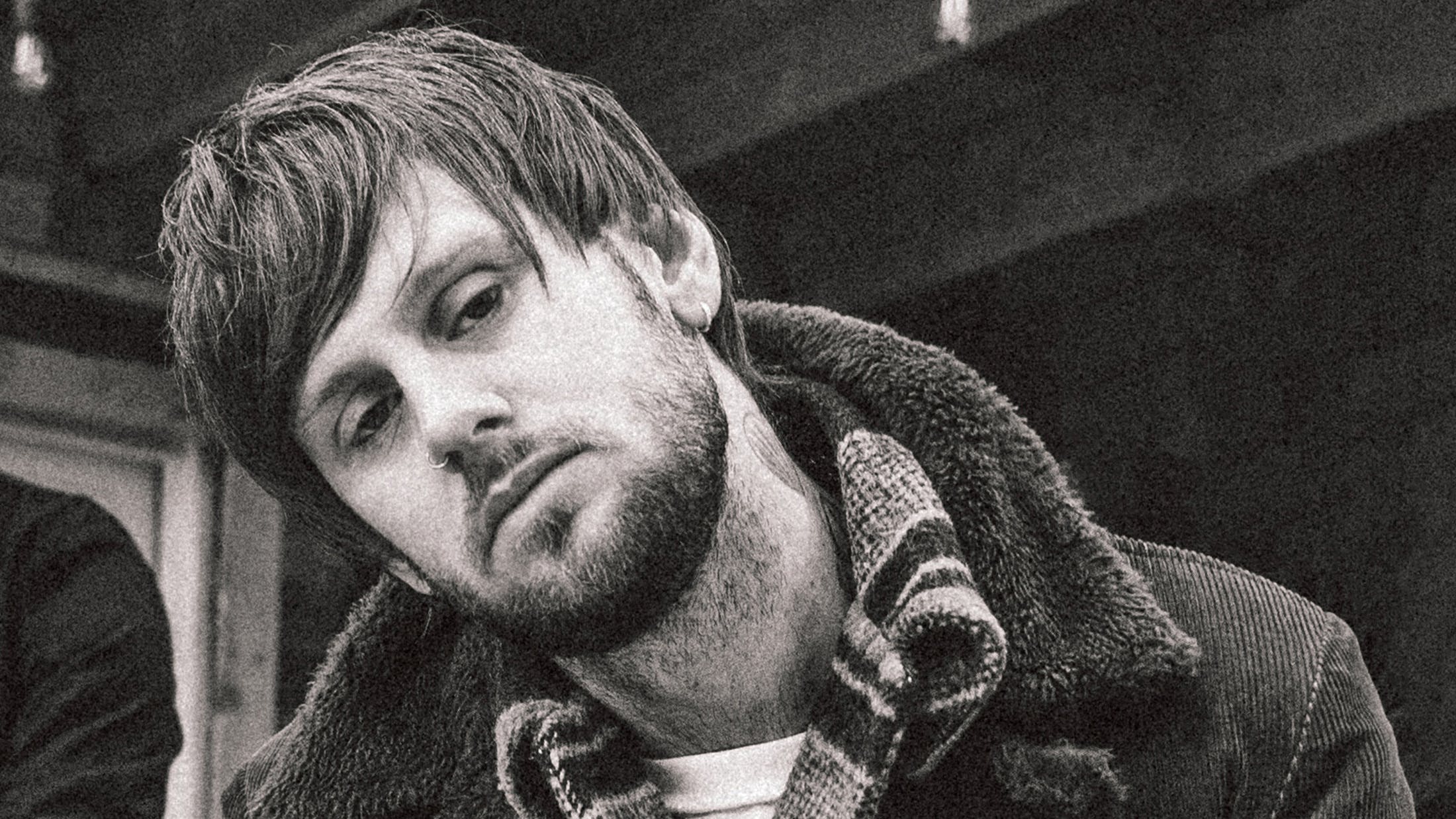 While She Sleeps had a busy 2019. It started with the release of fourth full-length So What? and finished with the release of new single Fakers Plague – launched in a creepy industrial basement in Sheffield complete with masked men and an immersive holographic video. Perfect timing, then, to subject frontman Loz Taylor to our probing 13 Questions… and find out exactly what he fished from a public urinal and popped in his mouth. Ewww.

If you were in Slipknot, what would your mask be?
“My Slipknot mask would be a rat’s face. It’s just a silly thing I’ve got going with my mates at home, it’s an ongoing joke about things ‘being rat’. So yeah, I’d just be an awful rat!”

When you were a kid, what did you want to be when you grew up?
“A pro skateboarder. I used to watch all the extreme sports I could and it fascinated me that some of these things were even possible. I got into punk rock and alternative music through skateboarding as well. It’s just so nice to find somewhere, get a board out and just go.”

READ THIS: The 21 best US metalcore albums

What happens when we die?
“In my opinion I think we’re just maggot fodder. That’s it. The thought that there’s nothing else doesn’t depress me at all, I’m ready for it!”

When was the last time you vomited?
“Possibly about six months ago. I used to have a thing when I was out or touring with the band where I’d get so drunk I’d be sick. But then once I’d been sick I’d be able to carry on. But yeah, that’s not happened for a little while now.”

Have you ever been kicked out of a bar?
“Yeah, loads of times. I personally don’t know when to stop. I’ve ended up sleeping in bars as well, when they couldn’t get me out so they’ve just left me.”

What’s the most disgusting thing you’ve ever eaten?
“An ecstasy tablet out of a night club toilet. Straight out of the piss-pot. That’s disgusting any way you look at it. Not cool.”

Have you ever stolen something?
“Yeah, loads of stuff, all the time. Not that I’m advising it. But going back to the early days of the band, we literally didn’t have enough money to live on, so we’d steal Ginsters pasties so that we could actually eat.”

Who’s the most famous person in your phonebook?
“There’s a few dotted around. Jacoby Shaddix from Papa Roach is up there, I’ve got a pro skater called Elliot Sloan in there, a couple of UFC fighters. No one mega-famous, but a few people like that.”

What is the worst injury you’ve ever suffered?
“It’s an ongoing joke in the band that nothing ever fazes me in terms of pain. I jumped offstage recently when we played in Russia and I cracked my rib. I didn’t get it seen by anyone and now I’ve got a lump where it’s healed itself over the bone – my bone has this weird point on it. I’ve recently fractured my ankle onstage, I used to cough up blood constantly from the screaming. Tearing my throat was a brutal one but nothing seriously major. I was in a car crash a few years back; I flipped it and it rolled a few times. I had a gash in my back but there’s nothing that’s taken me out yet!”

If your house was on fire, what one thing would you save?
“Probably my vinyl player, just because I don’t know what else I’d save. My vinyl collection’s not massive but music’s probably the most important thing that I have inside my house.”

What’s the worst job you’ve ever had?
“I’ve not had any really terrible ones but when I was younger I worked in retail and it drained the life out of me. I also worked in a call centre, but we worked out how to call each other’s phones so we’d literally be sitting there chatting to each other. One lunchtime we all took our acoustic guitars in, went and sat in the park and decided never to go back.”

Have you ever seen a ghost?
“No, but I’ve seen a UFO. I was at a theme park in America and it was this silvery-grey disc in the sky – it looked almost like a smoke ring but pale in the middle. It hovered for a bit and if it were smoke it would have dissipated. It stayed very solid and gradually moved away. It was really strange and to this day I’ve no idea what it was.”

If you had the power to turn the internet off, would you do it?
“Yes, if just to see what would happen. In terms of music there are loads of pros and cons. When I was a lad you couldn’t check out a band beforehand. It felt a bit more naïve, like you wanted to go out and experience new things without seeing them through someone else’s eyes first. A lot of my friends have kids and now they’re doing this thing where they watch someone else gaming or doing something online. I’m sounding like an old fucker I know, but for my generation that just seems mad.”

While She Sleeps will tour the UK and Europe with Every Time I Die and Vein this month. Get your tickets here.

While She Sleeps UK/Europe tour 2020