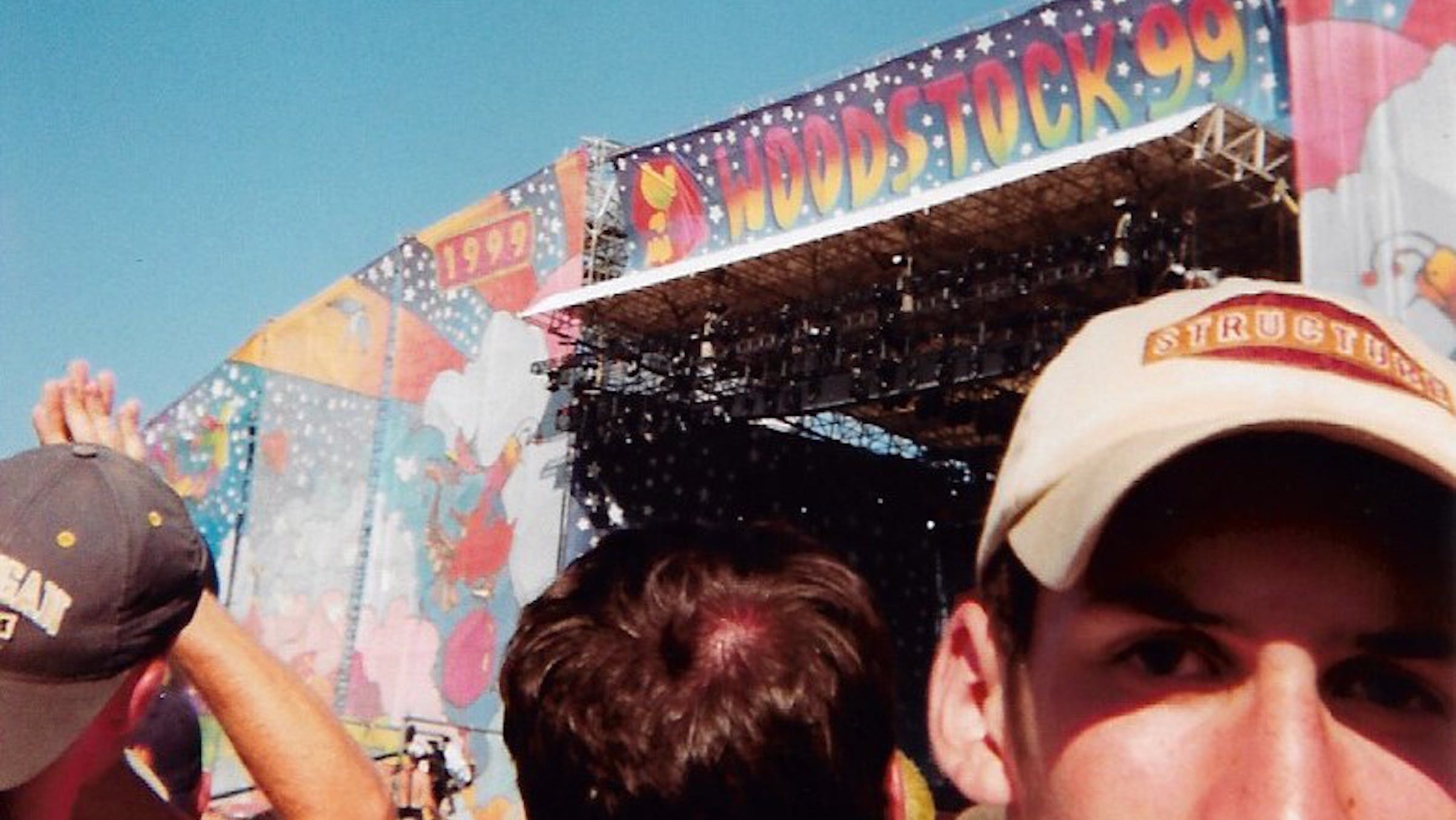 From the first band we’d caught (Lit, whose summer hit My Own Worst Enemy had just taken the States by storm) to the last set of Friday night (Bush), we were having formative experiences that would keep us devoted to rock for our lives. Seeing an act like Korn or The Offspring for the first time would have been thrilling in itself – but to see literally dozens of marquee acts back to back was enough to blow our little teenage minds. (For the record – and maybe this was the weed talking, but – I remember thinking that Sheryl Crow sounded incredible, crushing tunes like If It Makes You Happy and a cover of Sweet Child O’ Mine.)

But with the oppressive heat, a scarcity of free drinking water, and insane prices for food and beverages slowly chipping away at our pockets and patience, the vibe had taken a darker turn by Saturday. Overheard conversations began veering to the negative; more sinister drugs had surfaced; the mosh-pits became more violent. Overflowing loos only exacerbated the problems exponentially. The steaming portable toilets were so putrid – each hole in the ground quite literally piled waist-high with human feces – that proper hygiene was simply impossible.

I recall distinctly when the levee broke (the crowd’s sanity, not my bowels): around 8:30pm on Saturday night, when Limp Bizkit were onstage. During their performance of Break Stuff, frontman Fred Durst began inciting the audience to do just that. The exhausted, filthy mob were much obliged, taking their anger out on anything they could get their hands on: trash, light fixtures, wooden booth panels, other people. It was ugly, and I remember feeling – for the first time at a rock show – unsafe. As if anything could happen to me, and no-one – not my friends or the police – could help.

If anything, Woodstock taught me that nothing in this world is black and white; the capacity for both love and greed exist to some degree in all of us. The highest highs can come with the lowest lows; beauty can be corrupted. But mention Woodstock ’99 to me, and my initial feelings aren’t of guilt or disgust. They’re of joy, nostalgia, and the thrill of being able to utter the phrase, “Dude… I was there.”