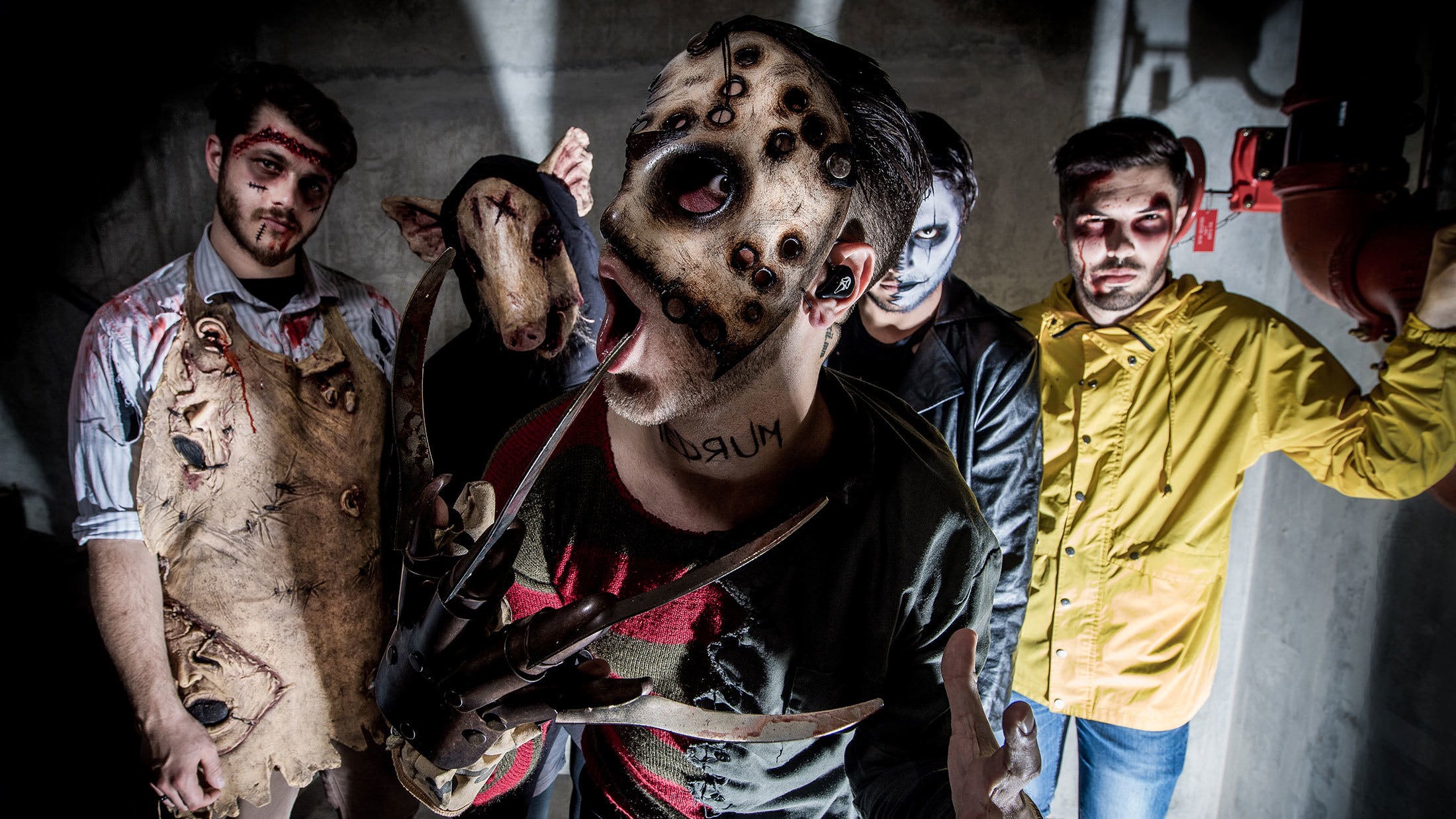 Everyone loves Disney, don't they? Well, Disney doesn't love everyone else. In fact, they really don't like Ice Nine Kills. Last year, the band were scheduled to play the Disney-owned House Of Blues venue in Orlando, Florida, but were barred from played because of their "evil and disturbing imagery".

Three months after the banning, Ice Nine Kills returned to the city seeking revenge – which has been captured in a new documentary.

But just because Walt doesn't take kindly to brutal metalcore inspired by The Shining and The Texas Chain Saw Massacre doesn't mean the band hate the colourful world of Mickey and Minnie.

Gaston was way ahead of his time; he is an early example of the hyper-masculine characteristics that define a Chad. He’s rude, vain and shallow, and a man who enjoys indulging in drinking, smoking and getting into bar fights. As far as evil goes, he did rally a mob of villagers to kill the Beast. Gaston would fit perfectly in our society these days. How metal is he? Not very, but evil enough to be number 10.

Yzma’s plot to bump off the Emperor and take over his Inca Empire (10 million strong) was an ambitious one, and required a good bit of evil plotting fuelled by revenge. Did Kuzco grow up to be a petulant and spoiled Emperor as well as fire Yzma? Yes, but that’s not deserving of death. Her motivation was cut and dry – kill Kuzco.

Scar spends years plotting fratricide and nepoticide, aiming to kill two lions with one stone just so he could usurp the throne and become the Lion King. He succeeds in the former and sends his brother plummeting to his death after careful planning. The lengths Scar went through to murder his own kin is not admirable, but definitely tenacious and methodically planned out.

For Princess Aurora (aka Sleeping Beauty)’s 16th birthday, Maleficent gives her the gift of death. Her raven sidekick’s name is Diablo, (Spanish for Devil) and her character design is based on Vampira, a 1950's character based on Morticia Addams.

Hades is one of the few villains who had his eye on more than just world domination, he wanted to overthrow Olympus and impose his will on the entirety of the cosmos! The ambition alone earns him a top spot in the evil levels. What did he do to try to accomplish the feat? Multiple assassination attempts on baby Hercules, unleash the titans onto the world, kill Meg and strip the Gods of their power.

The Evil Queen attempted to actually murder her own 14-year-old step-daughter for the title of “fairest in the land”. I don’t recommend murder attempts, but the evil lengths she went through to get rid of Snow White with her dark magic definitely make her pretty metal.

Ursula is one of the most ambitions villains in Disney lore. In her desire to usurp King Triton, she’d rule over the entire Underwater Kingdom, which takes up 71% of the Earth’s surface – just shy of complete world domination. She steals the freedom of people and enslaves them. Evil.

Her name is composed of 'cruel' and 'devil'. 'De Vil' is also a literary allusion to Bram Stoker’s Dracula (1897) – in the novel, Count De Ville is an alias Dracula uses. Her obsession with fashion leads her to kidnap 99 puppies for their fur, but why puppies? Because puppy fur is soft, unlike older dogs whose fur becomes coarse.

In Aladdin, Jafar is the second most powerful person in the kingdom, but he has his eyes set on being number one. Jafar overthrows the sultan in his evil desire to become the most powerful being in the universe, and comes very close it. In fact, he briefly succeeds in becoming the most powerful sorcerer in the cosmos.

Without a doubt, this guy single-handedly traumatised a generation of kids by killing Bambi’s mom. The murder of Bambi’s mother is one of the darkest moments in Disney history. From the view of the woodland creatures, can you imagine how horribly it must be to witness your mother be murdered in front of you for absolutely no logical reason? Let’s just hope Bambi didn’t find out what happened with her corpse.

You can watch Ice Nine Kills' The Disney Revenge Show documentary below.

“Horror allows me to never grow up”: Ice Nine Kills’ Spencer Charnas on the spookiness and subtleties of The Silver Scream 2

Ice Nine Kills frontman Spencer Charnas on his love of horror and comedy, and the bold plans he has for the future of one of rock’s scariest creative forces…