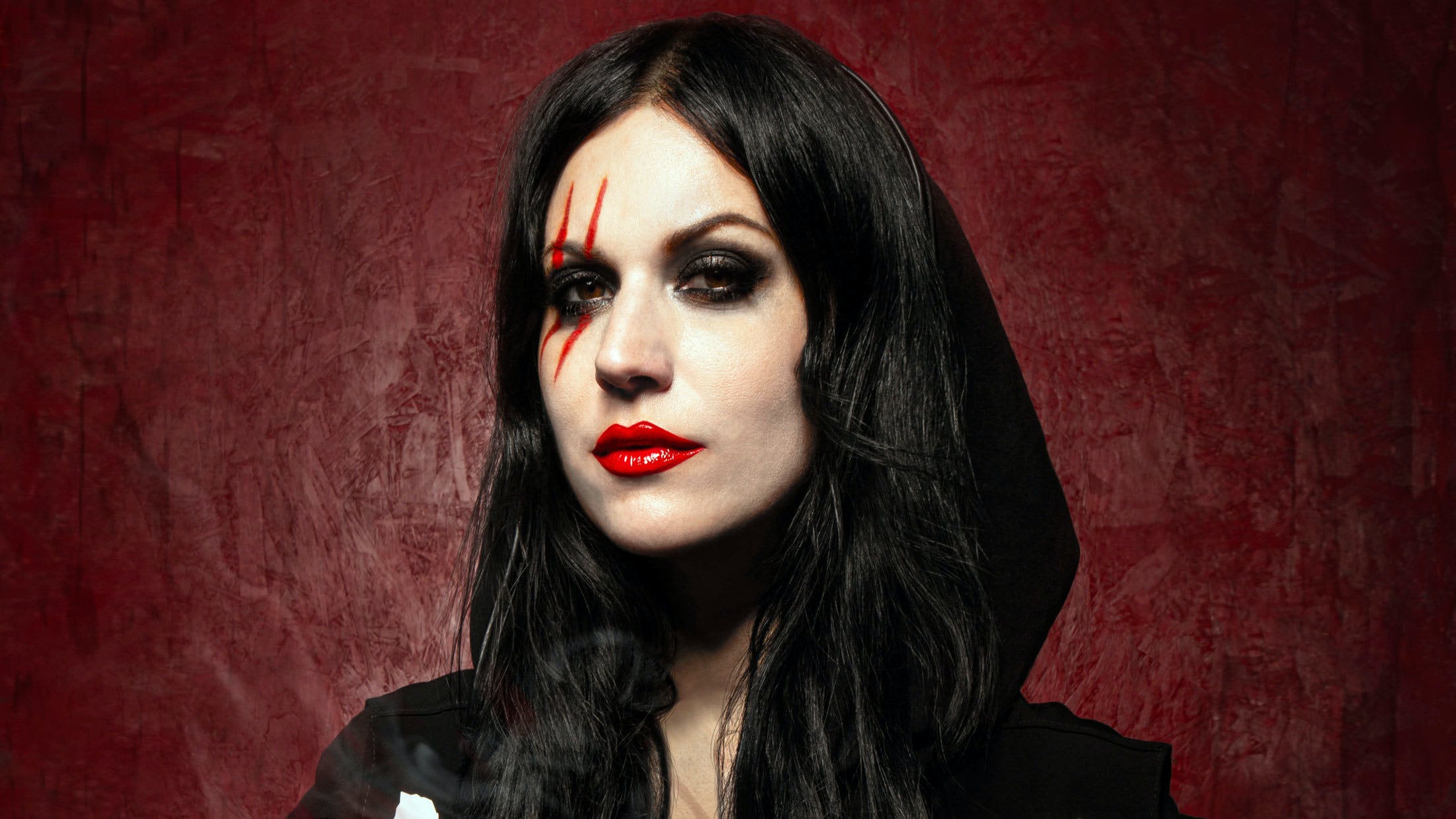 This week we introduce Lacuna Coil's Cristina Scabbia to Kerrang!'s 13 Questions. Ahead of their upcoming ninth album Black Anima, the vocalist for Italy's biggest metal export faces a super-serious interrogation, in which she discusses eating creepy crawlies, fracturing skulls and the murderous thoughts of cats. Because why not?

When you were a kid, what did you want to be when you grew up?
“At school I said I wanted to be a dancer or a model. I have no idea why because as a child I never wanted to show off or be the one in the spotlight.”

Where’s the best place you’ve ever been?
“I like Japan very much because to me it’s like being on Mars – in a good way. Everything is so different and I really love their culture and the respectful way in which they treat you.”

What is the funniest rumour you’ve heard about yourself?
“In our early days it was said that I was taking showers with all the guys at the end of shows. Obviously it’s not true, but what makes it even funnier is that in our early years it was impossible to find a shower backstage at all.”

What is your biggest fear?
“Solitude. I don’t mean in the sense of being without a partner, but in the sense of having no friends, or nobody around me that cares. Also the thought of serious illness preoccupies me sometimes.”

What is your worst habit?
“I used to bite my nails all the time but I stopped that. The guys in the band would probably say that I’m addicted to Pokémon GO. I’m always walking down the street gazing into my phone. They find it annoying at times, but I think the gaming community would understand.”

What is the most disgusting thing you’ve ever eaten?
“Probably a bad pizza, but the weirdest thing I’ve eaten is a cricket and a worm. They were pre-prepared and quite salty. Someone bought a box of them when we were in the US – we all tried out of curiosity; but they were actually quite tasteless.”

Do you believe in ghosts?
“I would love to see them, I am always waiting for signals. I believe that certain energy comes from people – but I don’t believe [in the paranormal] on a larger scale. I do remain open-minded about it, though.”

What do dogs think about?
“I saw a Gary Larson cartoon in which a guy had invented a device to decode dogs barking, but it turned out all they were saying was ‘Hey! Hey! Hey!’. So dogs probably just think: ‘I’m happy! I love you!’. Cats, though – they think: ‘One day, I’m gonna kill you.'"

What is the worst injury you’ve ever suffered?
“I broke my skull when I was 12. I was sleepwalking at my grandmother’s house – the only time I have ever done so. I climbed out of an upstairs window and landed on my mum’s car down below. I had a 7cm fracture and was in hospital for two weeks.”

Have you ever stolen something?
“When I was super young I stole some lipstick, but I kind of regret it now”

If your house was on fire, what one thing would you save?
“I don’t have pets so it would have to be my smartphone because my whole life is there. Also my wallet because there’s so much in there – I don’t just mean money!”

If you had the power to turn the internet off, would you do it?
“I don’t think so. I love it and I hate it at the same time. It gives you the opportunity to reach out to somebody on the other side of the world. There’s aspects of it I’d love to avoid, but I wouldn’t turn it off.”

Why should people listen to Lacuna Coil’s new album, Black Anima?
“Because it is like a great movie. They will feel great and angry and happy and awkward. At the end they will feel a sense of relief and release – that’s what I get from this record.”

READ THIS: Cristina Scabbia: 10 Songs That Changed My Life

Lacuna Coil will be performing Black Anima in full during their upcoming Live From The Apocalypse livestream.