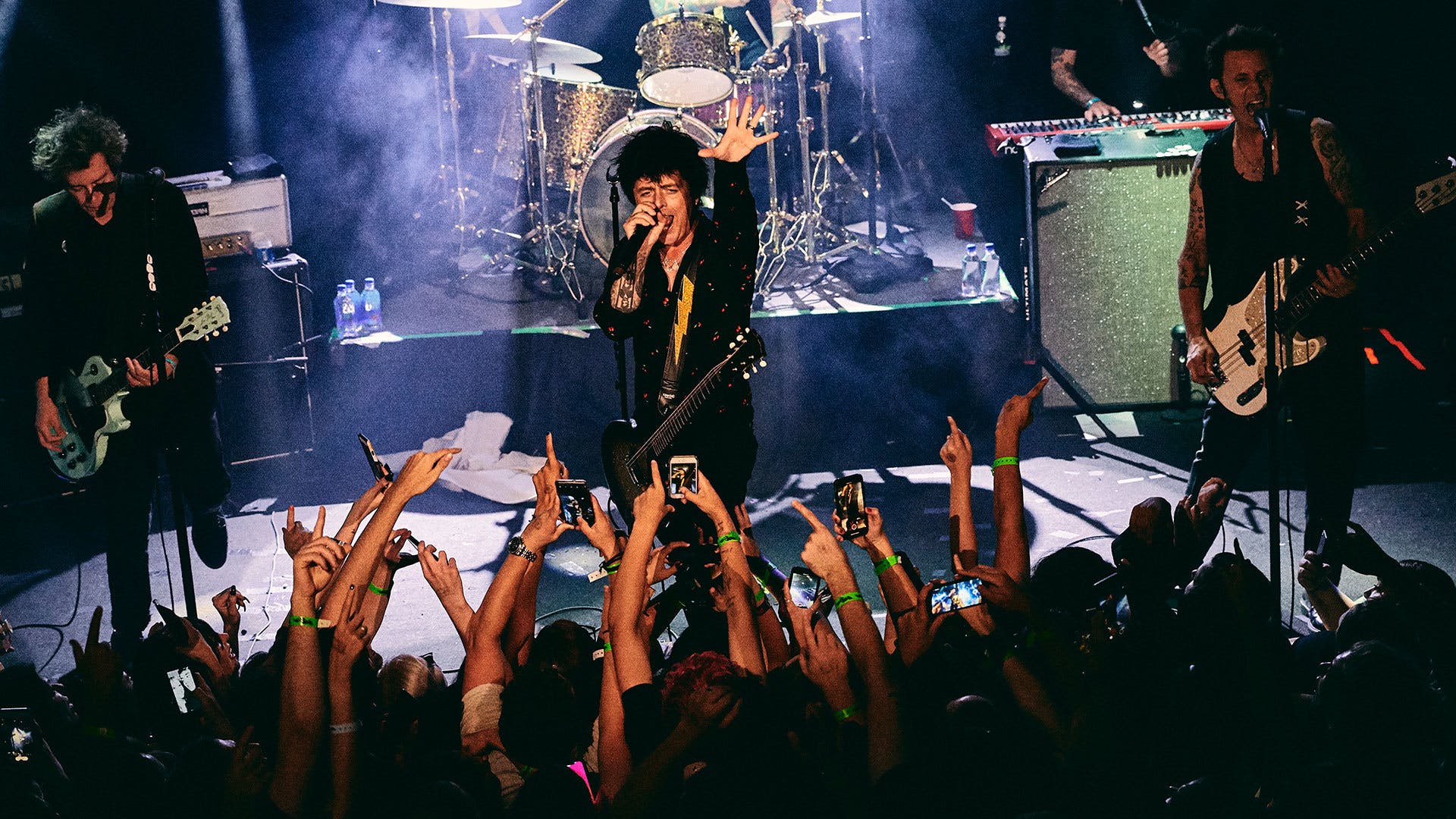 Last night in Los Angeles something very special happened. Just hours after announcing the Hella Mega Tour, Green Day, Fall Out Boy and Weezer played a super-intimate show at the Whisky-A-Go-Go on the Sunset Strip. Yes, you read that right. Three bands who are headlining goddamn stadiums next summer decided to play a 500-capacity room for a laugh. And we were there to capture the action!

Each band played a kickass best-of set along with their brand new single (yes, all three bands released new music on the same day – it's insane), with Green Day opting to play two-and-a-half-minute newbie Father Of All… twice in a row.

Elsewhere, openers Weezer fired through a 10-track set that included Hash Pipe, Say It Ain't So and a barbershop quartet version of Buddy Holly.

On top of two run throughs of Father Of All…, Green Day also found time to pack in Brain Stew, Jesus Of Suburbia, When I Come Around and more. Plus, frontman Billie Joe Armstrong decided to share his make-up regime with the crowd.

It's fair to say the Hella Mega Tour is going to be incredible. Just think of the choruses!

If that’s not enough for you, Green Day are on the cover of the brand-new issue of Kerrang!, on sale from Wednesday, September 11. You can get it anywhere in the world through Kerrang.Newsstand.co.uk right now, or if you’re a UK resident then it’s available from all good newsagents.