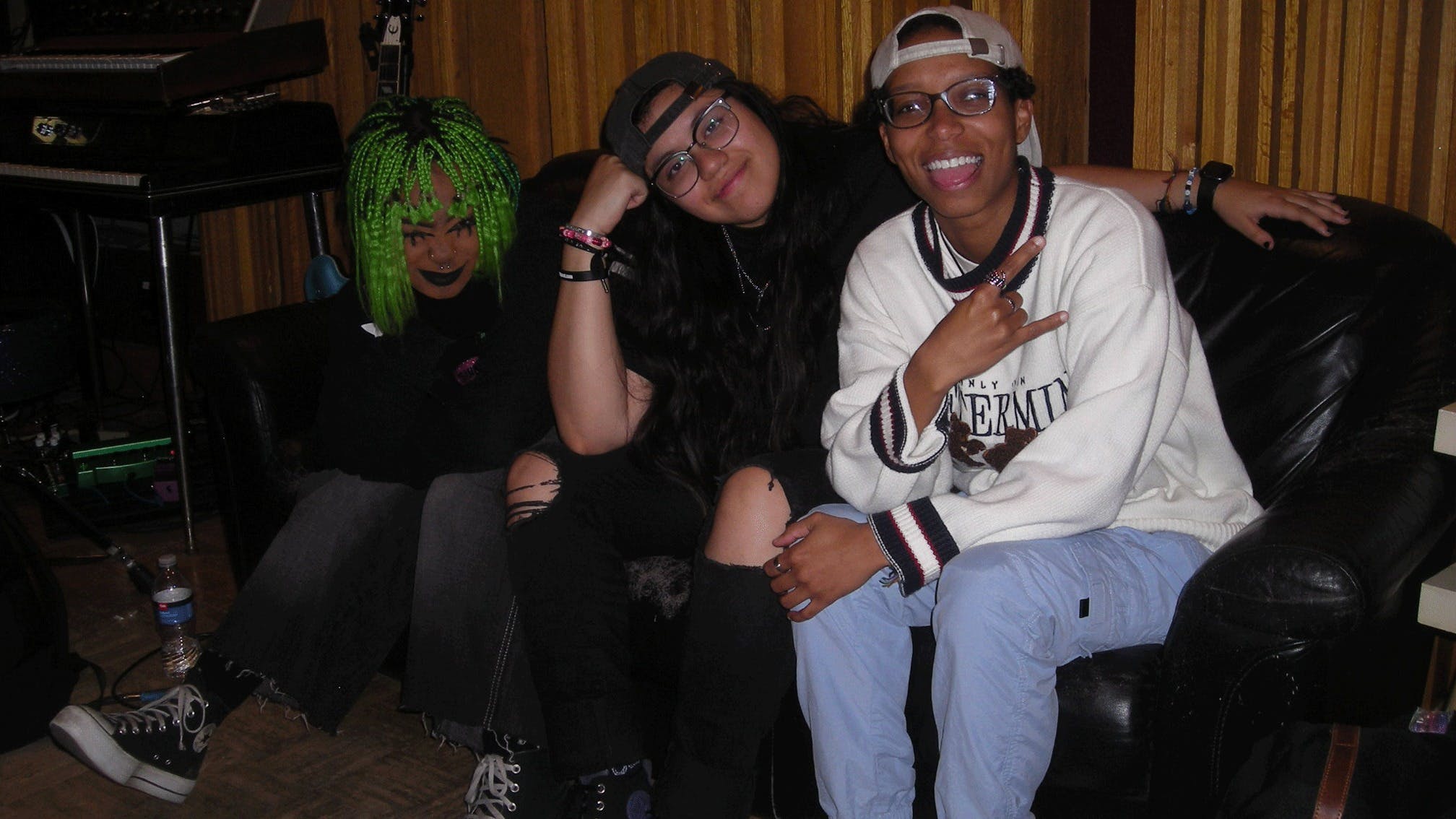 In early 2022, the internet lost its collective mind when one of the hottest bands of the previous year, Meet Me @ The Altar, confirmed they'd be dropping a debut album.

Now, following a whole load of touring – and before they cross the pond for Slam Dunk Festival, Download Festival and to support the mighty Green Day in Europe at several dates! – the trio have given Kerrang! a sneak peek inside the studio.

“We’re so incredibly excited and proud to be in the studio recording our debut album!” the band – completed by vocalist Edith Victoria, guitarist Téa Campbell and drummer Ada Juarez – tell us. “This record means everything to us and we can’t wait to share our new sound heavily influenced by the early ’00s!”

On social media, Edith has teased that the record is for the likes of Demi Lovato, Avril Lavigne and P!nk, while earlier this week she shared that the band's new music "makes me feel all warm and happy inside because I believe it’s the music we’ve always been meant to make – so when I share it with new friends and they are mind blown it makes me so happy."

Can't wait! See Meet Me @ The Altar in action in the studio below…

Catch Meet Me @ The Altar at Download Festival this summer. Get your tickets here.

Read this: Meet Me @ The Altar are changing the face of pop-punk for the better