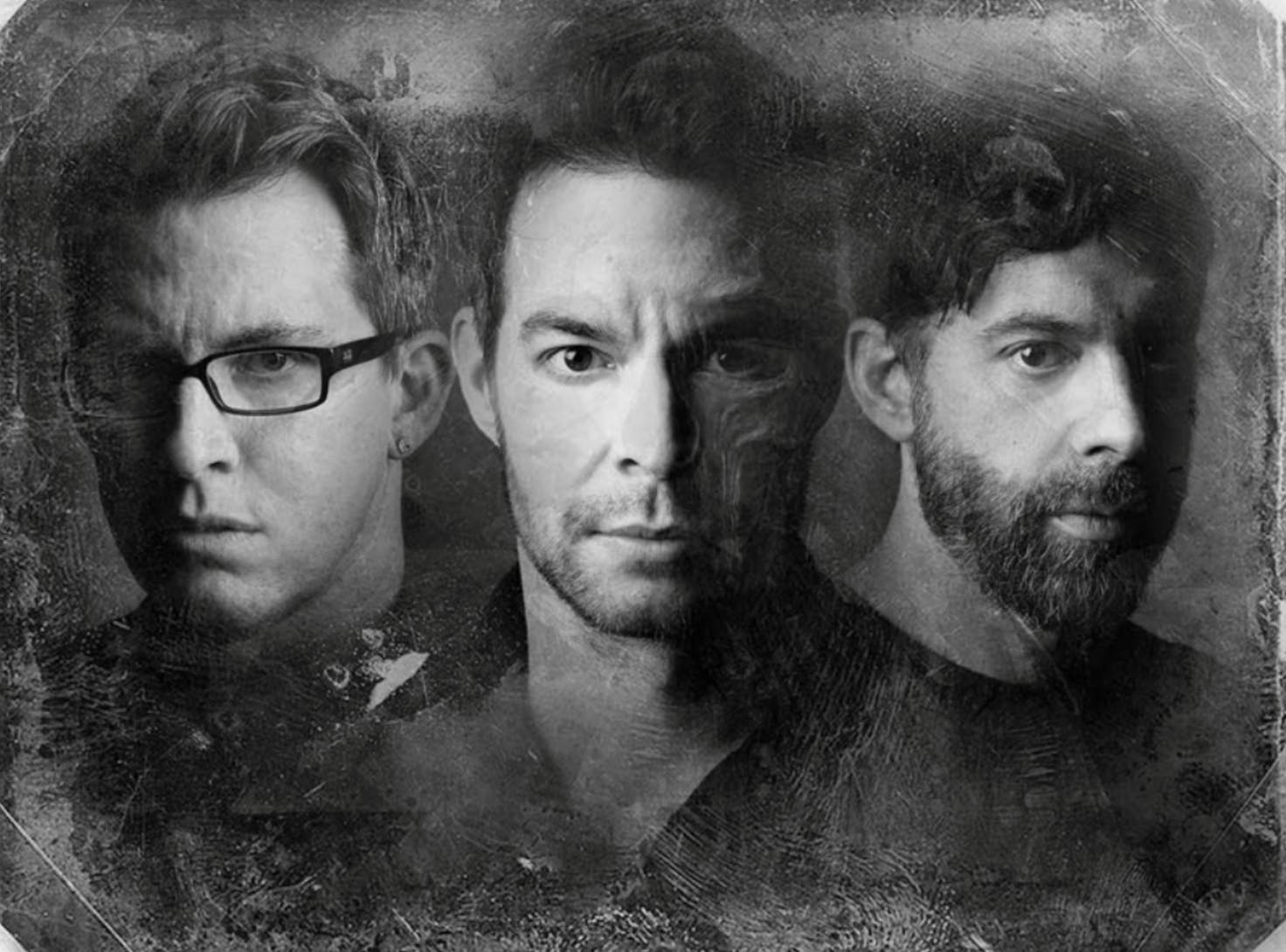 For their first foray into band-themed beers, Chevelle created something relatively daring: a crushable brew. While plenty of bands lean towards heavy and sometimes overwhelming beers for their beer collaboration, the Chicago powerhouse trio worked with locals Revolution Brewing to make a beer as delicious yet effective as their sweeping hard-rock anthems.

“I went in there and I said, ‘Look, this is my story,’” recalls frontman Pete Loeffler. “‘I was in Germany many years ago, in Cologne and I wanted to drink local because that’s what you do. And they brought me an ice-cold Kölsch, and I drank it. And that was where I gave up my super high alcohol beers for a little bit. To sit and drink and watch a baseball game, that is the kind of beer that I want to drink.”

The result is La Gárgola, a refreshing Helles Lager named after Chevelle’s 2014 record. The label features the same image as on the album cover -- Pete himself clad in a black plague doctor outfit, in front of a bloody crimson background. But while the label might suggest a more terrifying beer than a cold yellow Helles, Pete’s quick to note that the label was more of a personal choice than a stylistic one.

“You’re right, it’s a really intense cover for a drinkable beer,” says Pete, “which, hey, hopefully that juxtaposition works for us. But when I listen to the heavy rock bands that I enjoy, whether it’s going back to System Of A Down or Deftones or Mastodon, I want to drink and I want to rock out, as silly as that sounds. You don’t want to drink some coconut flavored stout all night long. I don’t. So, I was like, ‘I’m proud of that record, and I’m proud that I get to work with Revolution -- it couldn’t be a better fit for me.’”

At our thirsty request, Pete took a moment away from touring with Breaking Benjamin and recording Chevelle's new album with producer Joe Barresi to get the inside story on Chevelle’s new beer...

For starters, who came to who? Did Revolution Brewing contact you, or had Chevelle always wanted to do a beer? What's the background here?

Well, it’s something that I’ve wanted to do for a little while. I’m just a pretty big fan of brews in general, so we put the feelers out there in the Chicago area, and obviously Revolution was on the top of the list. Thankfully, I didn’t have to go anywhere else, because they were into it. There’s so many good beers out there, but the fact that I got to do it in the Chicago area with the beer that I know was great. I drink a lot of Cross Of Gold, a lot of Rev Pils...I don’t do a whole lot of the IPAs anymore. I had a whole couple years of that and I kind of shuttled back down around to the German style Kölsches and stuff. It was a perfect fit, if you ask me.

One of the first things we thought was, ‘Finally -- a band has a drinkable beer!’ Did you come to them with notes about what you wanted and didn’t want from the beer?

I definitely went in there with a perfect scenario, and then they kind of worked around it. So I said, ‘Can we do a German style?’ and they said, ‘We already have Ghost Ride as a Kölsch, what about another German style beer?’ and I was like, ‘Okay, that’s almost perfect. If you’re into it, let’s figure it out.’ We settled down to have a Helles Lager. I went there about two weeks ago, and I’ve had many different meetings where we’ve had long sessions of drinking all these funky beers, which are amazing and made by one of the brewers, Jumpy. I actually got the try the La Gárgola beer the other day before coming out on this tour. They pulled it right out of the cage, and it was all unfiltered, really sweet, but it still had a couple weeks to go. I had a chance to try it way before it’s done, so I had an idea of what it might be.

Were you always intent on working with a Chicago-based brewery?

Yeah, absolutely. I’m a fan of so many different types of craft beers -- I was approached by Cigar City, who I think are from Florida. Stone brewing as well. But this is a better fit. It just felt right. The first time we met with everyone, we were walking through their line, pulling pins that you’re drinking as fresh as it can be. They’re like a half an hour from me, so it makes sense. I go to their taproom. So, I couldn’t be happier. I’m excited. The day is almost here, too. We get to sample the finished brew!

Why use 2014’s La Gárgola for the beer’s name and label? Not only is that album ultra-dark in its appearance, but it’s also not your most recent release.

When we were coming up with the name and what route we wanted to go with this, we also talked about doing a Mexican style lager, maybe like Bohemia or Pacifico. We had gone through some of the albums to just look at, and they really liked that name. Of course, I like it, because it’s one of my favorite albums that we’ve done. If you’re a fan of the band, you know that record and you know that cover.

That cover was actually shot by me and a friend in my house, and without any big production or anything like that. We were just messing around, and I got the stuff, and we did this idea and it ended up working for the cover. So, it’s just something that I put my stamp on, and it’s literally me on the cover, which I didn’t think I would ever do.

How have reactions been thus far? Are people psyched to drink it?

If you had to pick a Chevelle song, or a few, to blast while enjoying this beer, what would you recommend?

A lot of songs come to mind. It’s a long list. It’s weird, because I have my favorites, and I play certain ones, I don’t play other ones. There are still a lot of our songs from our nine albums that we’ve never played out. It’s one of those things where you don’t always get that five hour show -- not everybody wants to stay that long. But there’s a song called Shot From A Cannon, and it’s one of the longer tracks. It ends the North Corridor record. The last two albums have been really on the heavier side, and have gone towards that metal side that I love so much. If I could, if I had to choose it would be metal all day long for songs we play live. But I would say Shot From A Canon is a fun beer drinking song. It’s kind of dark -- you can turn off the lights or you can go for a long drive. Not that you want to be drinking and driving -- don’t do that!

Chevelle's La Gárgola will be available tonight at their launch event at Revolution Brewing Brewpub.

Chevelle are currently working on their new album with producer Joe Barresi. Make sure to catch them on tour with Breaking Benjamin and raise a glass in their honor at one of the following dates:

The hard rock stalwarts will drop their deep-dive retrospective in late October.