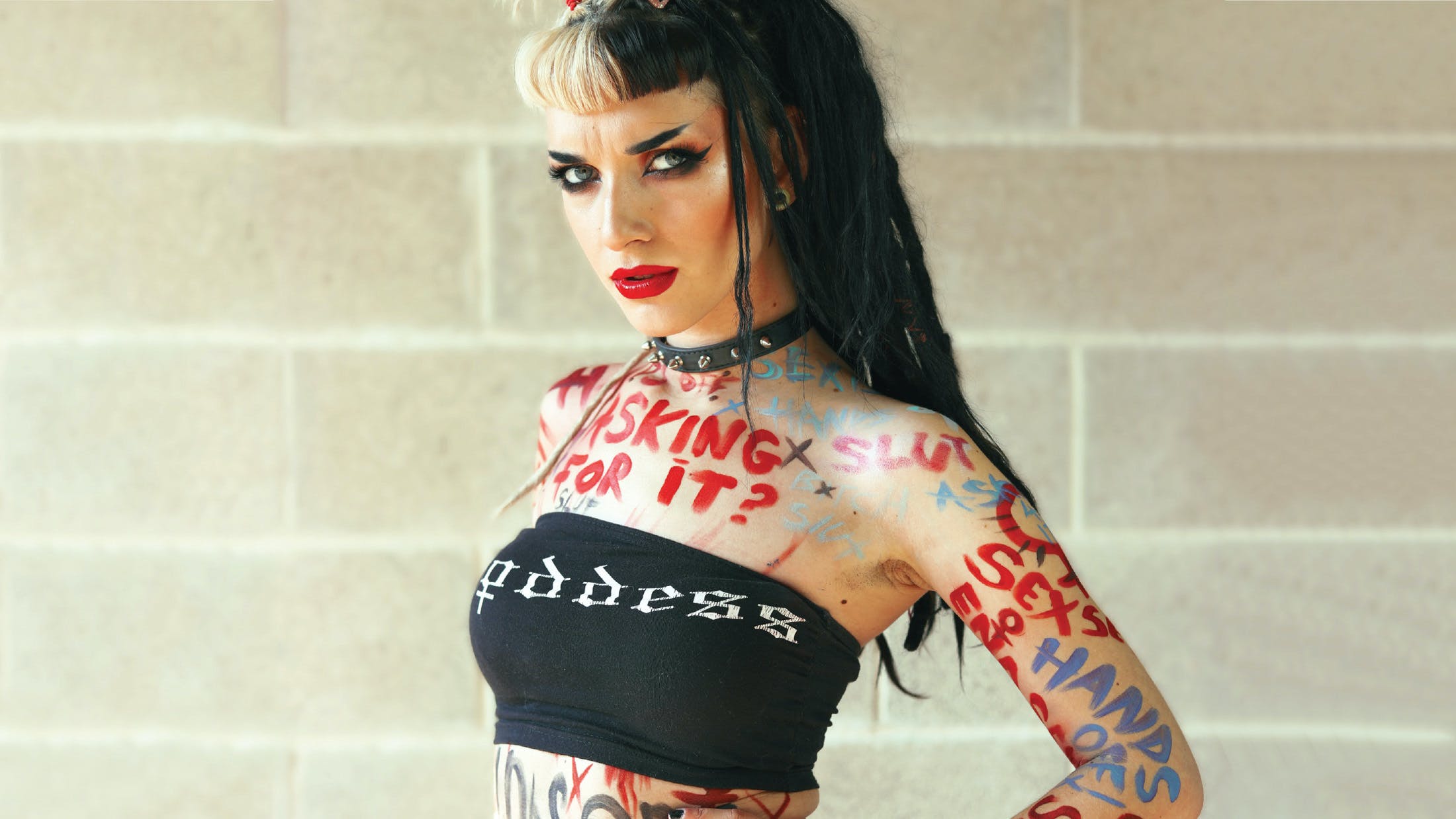 As we were coming to the end of our recent UK tour, I had this sinking feeling in my chest – where I should have felt at the top of my game. I’m becoming more and more aware of sexism at our shows towards myself and bass player Becky Baldwin, which, until a few days ago, I hadn’t been brave enough to address.

At a recent show in London, a guy told me I should ‘lose’ the guitar, as it was a ‘distraction’ – the same guitar I wrote our entire album on. I’ve been told to become more of a ‘frontman’, and that calling myself a ‘frontwoman’ was a disservice. I’ve been asked how I compete with my bass player onstage, as I’m not as beautiful as she is. Becky has had her own issues, including a man twice her age trying to pick her off her feet, in what he thought would be a fun photo. I have had people expressing that the guys in my band are ‘replaceable’, with some promoters even cropping them out of band promo photos. I’ve been kissed, touched, grabbed, licked, and held on to so I couldn’t physically walk away by ‘fans’ at my own gigs, and it honestly breaks my heart. I get messages and comments every day from men explaining what they want to do with me, sending me disgusting pictures and then buying tickets to my show. It’s during the time when I’m meeting fans and thanking them before and after the show that I’m faced with this inappropriate behaviour – behaviour that most girls in bands have to cope with – without anyone to put a stop to it. After I expressed [online] how it felt being sexualised like this, I was met with hundreds of comments focusing on my stage-wear, stating, ‘If you dress like a slut, expect to be treated like a slut.’

As the band songwriter I write a lot of angry ‘anthem-like’ songs for young girls, like myself, dealing with body image and self-confidence. So much so that when I play my shows I’m always looking out into the crowd ensuring that the girls are safe – especially the ones that came alone. At gigs in smaller venues I am the security; there’s no-one else looking after the crowd. The past few shows we’ve played I’ve asked them to come to dance at the front with me, thanking the guys that’d moved aside to let them come through. I’ve since been slammed by men calling me ‘sexist’ for inviting the girls to come forward, complaining then that, ‘If we’ve bought a ticket, we aren’t moving.’ This honestly saddens me so much. As a performer I have to feed off the crowd, and if I look out and see three rows of men with cameras and behind them a group of girls singing every word I’m going to ensure those girls get to the front!

As unpopular as that might make me, it’s my job as a woman in music to encourage other women and be a role model to them. Daring to speak out about these issues has opened up a very shocking conversation, further highlighting the need for change. So many women have messaged me and left comments sharing their stories of sexism at gigs. Despite the backlash I’ve received I am even more determined to see change, starting with my own shows. Us girls are angry, and that’s our advantage. We will use that anger to change the world.

Hands Off Gretel's Lauren Tate: "I was chaotic and aimless before I found the angry women of rock'n'roll"​