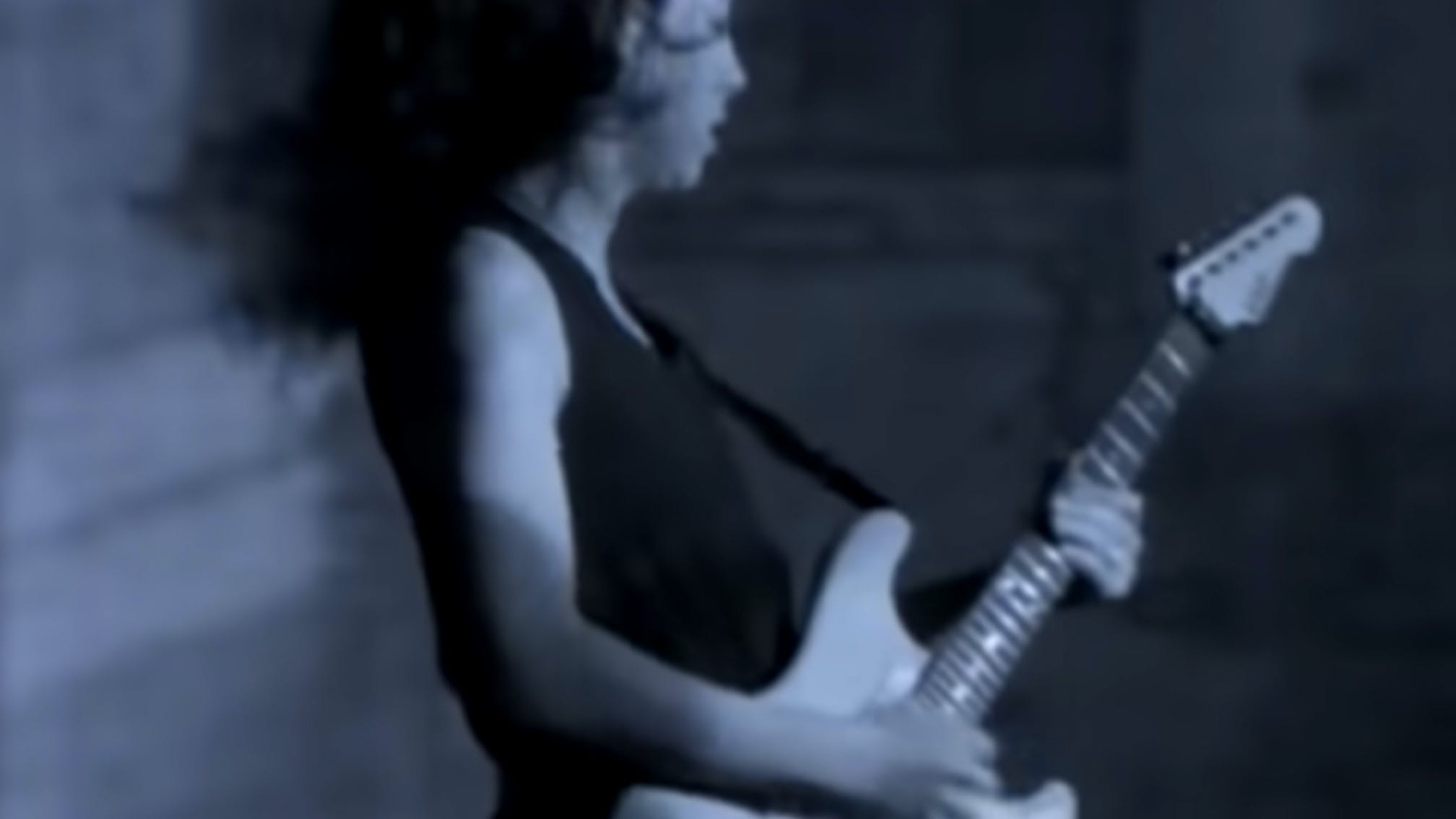 The guitar that Kirk Hammett played in Metallica's absolutely iconic video for One has been put up for auction.

Heritage Auctions have listed the instrument – which is in "excellent" condition – for a limited time, with its current price sitting at $26,000 (not including a buyer's premium, which will be added as a percentage of the final bid). The guitar – an ESP 400 series – is also signed on the body in silver ink by Kirk, and comes with a signed certificate of authenticity, plus the original hard case.

Read this: How the video for Metallica’s One left me scarred for life

"Released in early 1989, Metallica's One video was the first video the metal band ever made. Having released three albums with no promotional videos accompanying them, having a five-minute video edit of their fourth album's third single was a major deal back then. Shot in black and white and splicing footage and audio from the 1971 film Johnny Got His Gun, the One video was a staple on MTV. But it wasn't just a Headbanger's Ball staple – it was on MTV during the daytime in between videos from U2, Debbie Gibson, and Bon Jovi. It was an intense proclamation that showed Metallica was going to be a band to reckon with in the mainstream in the years to come.

"Very clean and all-original ESP Strat-style guitar. Has a 1 & 11/16th width nut on a rosewood slab neck. Signed on the body in silver ink by Kirk Hammett and accompanied by a Certificate of Authenticity, also signed by Kirk Hammett. 7.90 lbs. Original hard case included. Condition: Excellent."

Read this: How Metallica’s …And Justice For All raised the bar for heavy metal