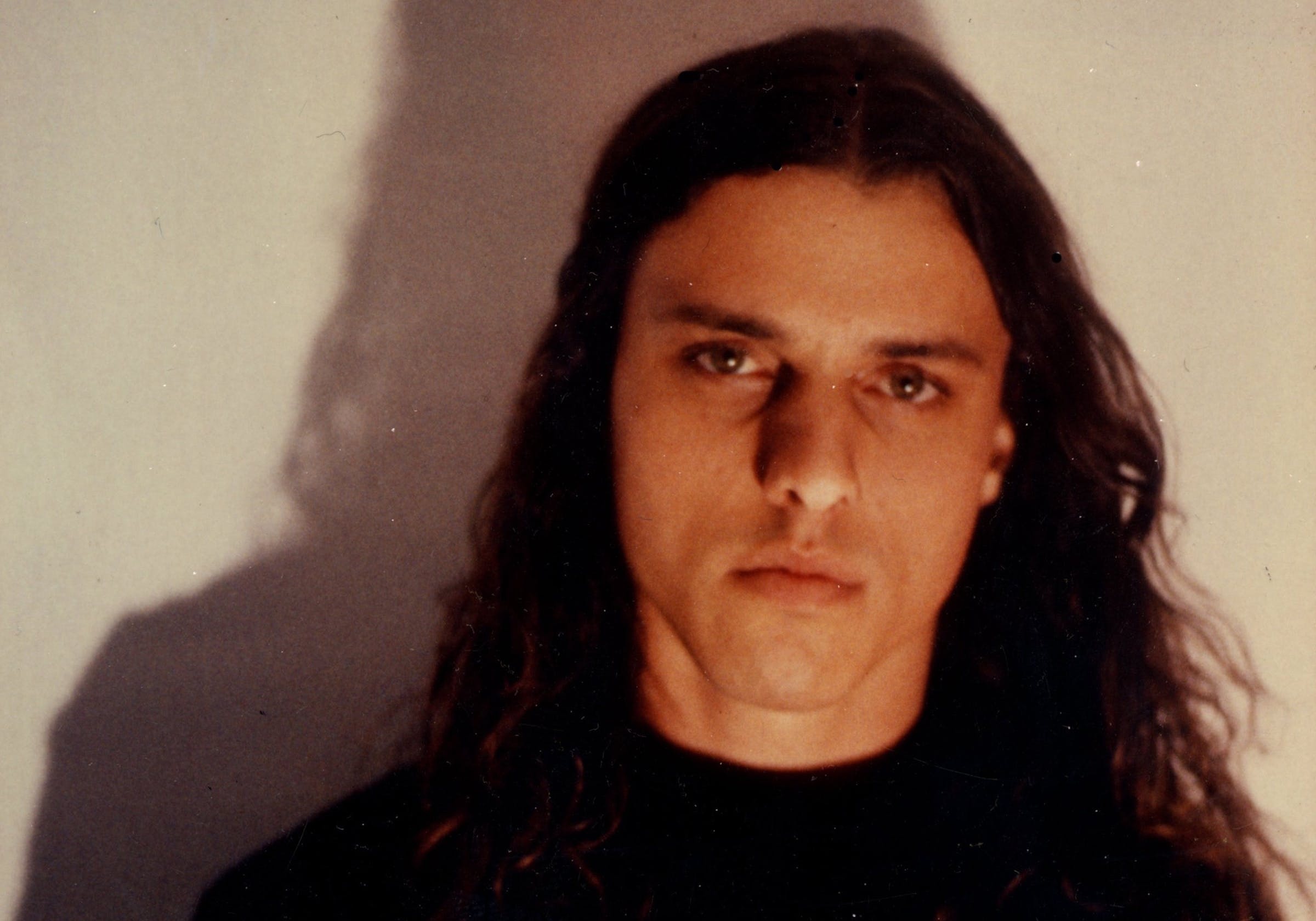 Chuck Schuldiner – guitarist and vocalist for seminal death metallers Death – passed away in 2001, following a battle with brain cancer. Known to many as The Godfather Of Death Metal thanks to his musical ability and vision, it's Chuck's unique personality and legacy that will forever linger in the hearts and minds of metalheads.

Contemplative, soft-spoken, and a vocal lover of animals and people alike, Chuck remains death metal’s oft-lauded innovator. But his legacy stands in stark contrast to the vulgarity of the aggressively violent themes normally associated with genre. The charming, farouche frontman often disavowed the Satanic imagery of his peers, going so far as to wear kitten-adorned shirts in interviews. He even eventually redesigned the iconic Death logo to exclude the inverted cross of the original to disassociate himself from any religious (or sacrilegious) practices.

Compared to his contemporaries, Chuck had a soft awareness about him that tackled societal issues in lyrics that weren’t necessarily everyday death metal fodder (at least during the genre's early years). Altering The Future from Spiritual Healing took on the still-debated topic of abortion, which Schuldiner believed should be available for those who seek it. In 1995, he told Spark Magazine, “It should be legal. If I was a woman, surely I would like to have a choice to have a child or not. In the U.S, a lot of newborns are killed because they were unwanted. It is better to solve it immediately when a woman finds out about the pregnancy and she’s doesn’t want a child.”

Death was the ideal mixture of heart and balls. Schuldiner’s music contained a controlled rapaciousness in each note, a delicately composed symphony of aggression. Never confined to simple hellish fury, there’s hypnotic passion to Death’s music; his riffs were the tempting come-hither of a Draculean lover, an invitation to revel in the hereafter. Take for example Spirit Crusher, from an album divisive among fans who prefer the straightforward brutality of earlier efforts to the progressive leaning on the final album. That track stands as a thoughtful, gorgeously constructed crowning achievement that showcases Chuck’s stern commitment to improvement and perfection – a trait also witnessed in the rotating cast of band members who could barely keep up with the demanding band leader. Spirited chords dive headfirst into frenzied blistering interludes, but it all converges in the crushing chorus as Chuck squeezes every last drop of ardor into those four syllables: 'SPI-RIT. CRUSH-ER!'

Even before this stylistic evolution from Scream Bloody Gore’s adolescent preoccupation with horror to the transcendent maturation of later works, tracks like Zombie Ritual illustrate a philosophical bent. The nightmare of self-immolation in his tortured wails hint at dark seduction. There is sexual charge in those mid-tempo breaks; lascivious yearning in drinking from the zombie’s cursed goblet. It is here we see the multitudes contained in death metal, a genre derided by inexperienced listeners who dismiss it as vile and uncomely. Chuck schooled us from the very start: human consciousness is swirling, dark, and complex, and some of us seek out sounds to echo that.

It would also be disingenuous to exclude Chuck’s centrefold good looks when considering his place in the metal god pantheon. His chiseled jawline and intense, soulful gaze would stand strong on the cover of any tawdry bodice-ripper, yet instead he was instead the brooding boyfriend in the tight jeans and tucked black tee shirt. When Chuck growled 'I close my eyes / And sink within myself / Relive the gift of precious memories,' on Symbolic, he was brutal lyricist and heartbroken crooner in one.

Like any true romantic hero, Chuck Schuldiner’s death is nearly as vital in solidifying his near-deity status as his life and artistic output. After believing he had pinched a nerve in his neck, Chuck soon discovered that he actually had a rare malignant brain tumour for which he struggled to raise the funds to treat. Living life as an uninsured musician is hardly an unfamiliar story, but one that reminds so many today of how fragile each life can be. With the help and support of fans and his family, Chuck was able to undergo an experimental surgery that extended his life two years past his initial 1999 diagnosis. The tumour continued to grow however, and he eventually succumbed to his illness on December 13, 2001.

The impact of a young person’s death is always tragic, as loved ones are left wondering what could have been. When someone with the level of talent and willingness to push himself Chuck possessed is taken so soon, the whole world looks on their death as a robbery. The generations of metalheads he has inspired and will continue to inspire can only dream of the work that would have come from Chuck's constant development, and so fans revisit the past with stinging insight but profound appreciation for what he left us. As he once stated in a classic interview with video magazine Tales From The Pit, “We’re all fascinated and scared and you know, just not sure what the hell’s gonna happen after we die. I would like to live forever if it was possible.”