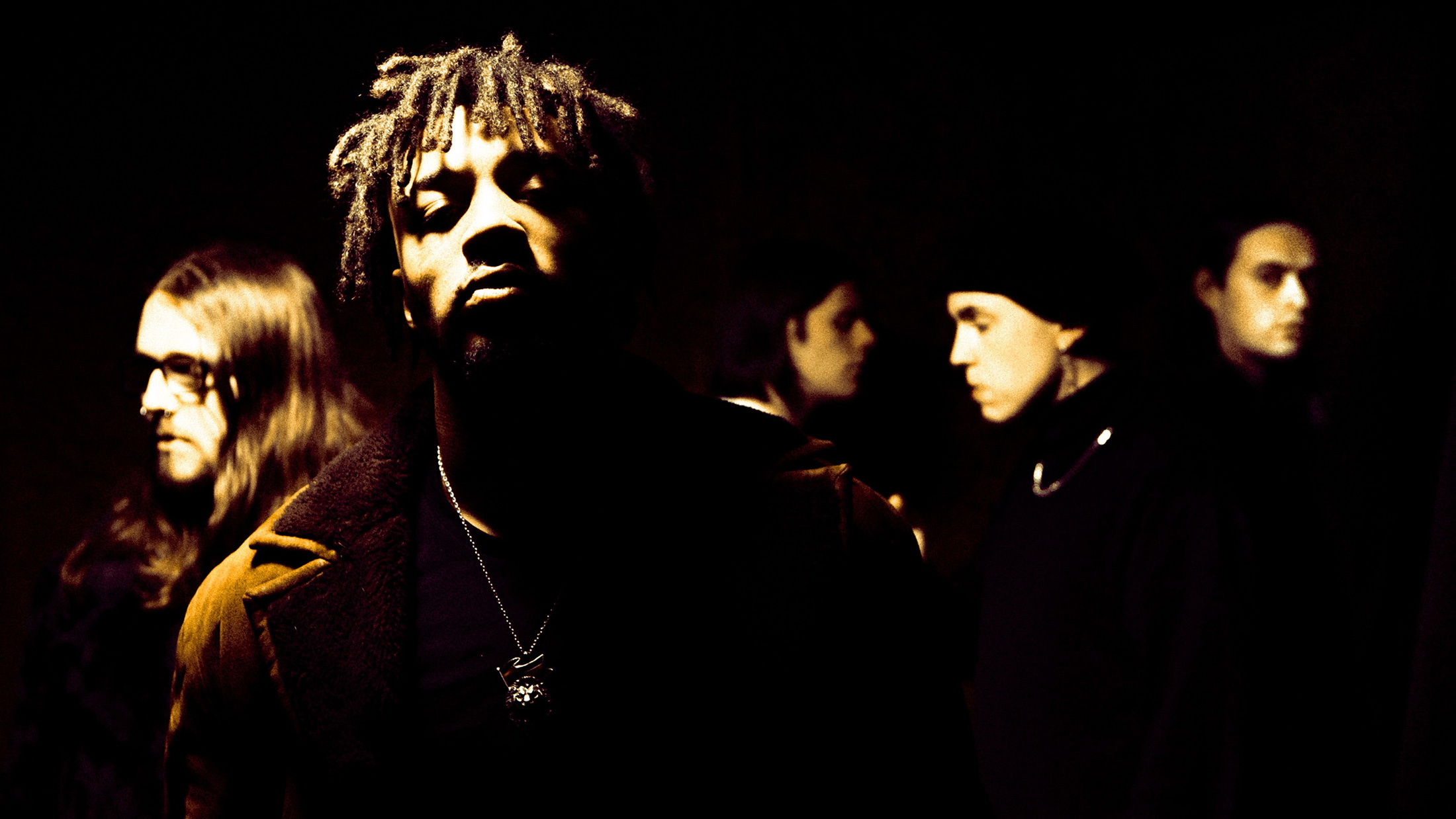 “I feel like a lot of people want something different,” says Erik Bickerstaffe, co-vocalist and guitarist with Liverpool five-piece Loathe. “There’s been a merge between the aesthetic and aggressive tendencies of metal with hip-hop and the more mainstream pop world. I’m not sure why that’s happened, but I love it, because it’s definitely given new life to the style of music we’re involved in.”

It’s almost impossible to pin down precisely which style of music Loathe are involved in, given that their debut album The Cold Sun announced the arrival of an ultra-modern, supremely heavy sound that matches pummelling, technical riffs cut with sudden changes between vocalist Kadeem France’s savage growl and Erik’s own gentle passages. New album I Let It In And It Took Everything only intensifies the variety, standing not just as Loathe’s finest accomplishment but as a unique combination of melody and fire-in-the-eyes madness.

“I don’t think we’ve ever worked as hard or as long,” says Erik. “And I’m hoping that it shows. We’ve come together as a collective even more so than before. It sparked a new energy within us. It feels as though we’ve got momentum back, but it’s a different kind of energy.”

The most important thing to have happened to the group in the past 12 months is writing and completing the record, refining their assault in a process which saw them lay down tracks in an array of UK studios while also enduring an insanity-inducing stint in a cottage in the Welsh valleys. Despite the cabin fever, Kadeem says that in writing songs like Aggressive Evolution or Gored they’ve experienced new levels of creativity.

“Finishing I Let It In… after working on it for so long is the highlight of my year, if not my life,” he says. “When we announced it, I had a very complex mixture of emotions, but they were all overwhelmed by pride. I’m extremely proud of everyone in the band.”

They may be a band that have been operational since 2014, but they now find themselves in an even richer realm of ambition. Kadeem explains that when they gathered for a fortnight at bassist Feisal’s place in Cardiff, they committed to making I Let It In… as magnificently heavy as possible. “We were like, right, from here on out it’s no holds barred, man.”

READ THIS: 11 of the most underrated pop-punk songs of the 2000s

And without getting too carried away, they talk of narratives in songs like New Faces In The Dark, structured as in films like Crash or Pulp Fiction where different stories connect and converge. “I Let It In… is more of a collection,” says Erik. “We tried to incorporate more of an anthology vibe: connected stories within the same universe, but not necessarily with a definitive ending. It’s hard to describe what’s happening without saying ‘the human condition’, but they’re about interactions on a bit of an extended level.

“We want to spread the music and the message to as many places possible,” says Kadeem. “And beyond. There’s no ceiling.”

“We want to write our own history,” says Erik. “We won’t defer to anyone.”

Loathe's new album I Let It In And It Took Everything is out now.

Founding guitarist Connor Sweeney has departed Loathe, but confirmed that, "I am not dead musically as I have something I’m working on…"