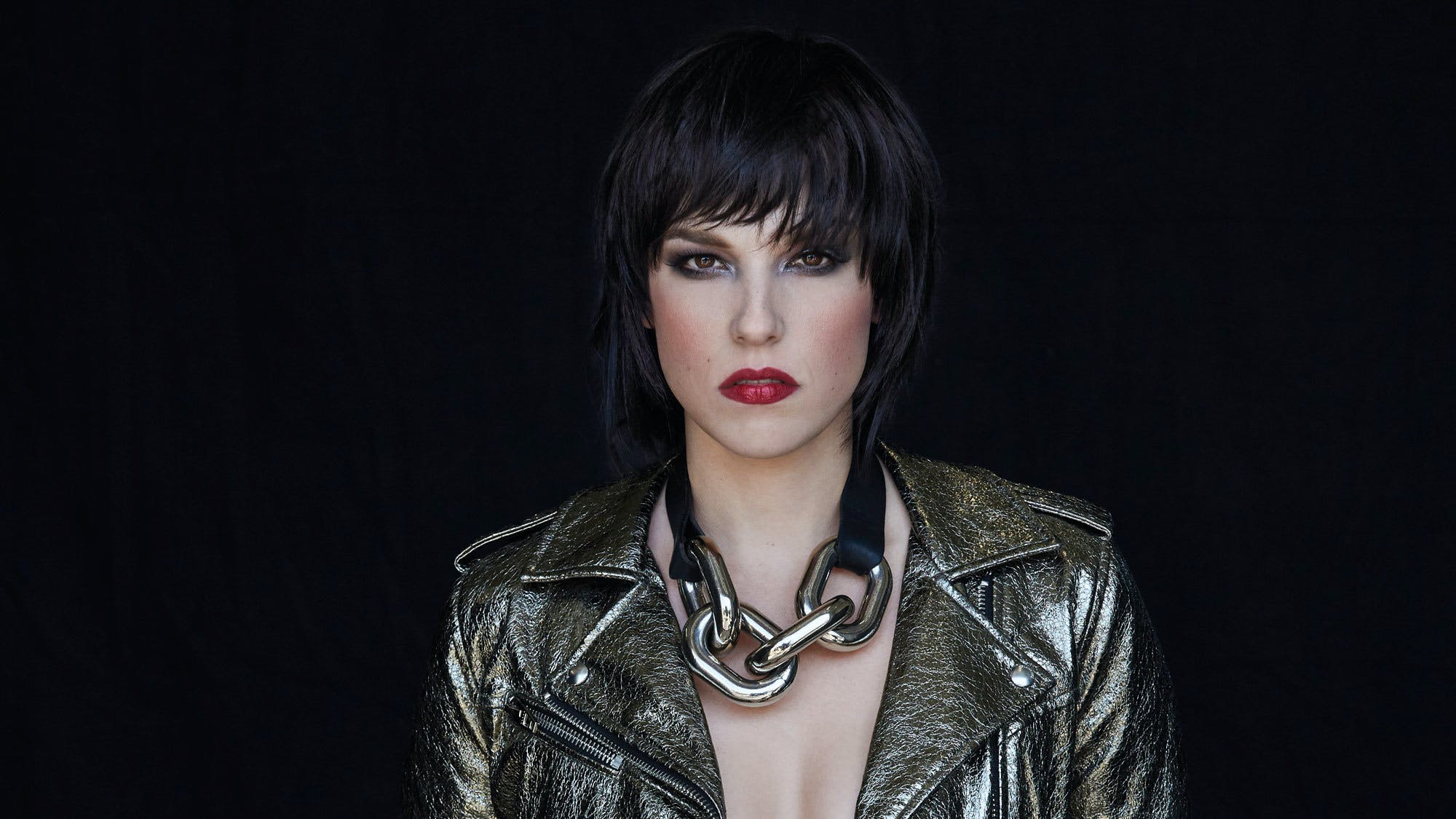 I remember growing up in the '90s but being obsessed with '70s and '80s hard rock. I listened to all of my dad’s music, which I now refer to as my ABCD’s Of Rock: Alice Cooper, Black Sabbath, Cinderella and Dio. These were the dudes that sparked the infernal fire in me, a fire that I still feel every night before I step on stage. These men gave me my direction and taught me to take pride in my weirdness.

When we started Halestorm I was 13, and I would imitate all these men in my singing, playing, and songwriting because that’s what made my heart happy. But my mom thought that if I was serious about being a rockstar, it was important for me to be introduced specifically to my 'foremothers' of rock. For Christmas that year she got me a collection of CDs by Heart, Pat Benatar, Joan Jett, Blondie, Lita Ford, Suzie Quattro, Janis Joplin, and Stevie Nicks. The first album I listened to that day was a live recording by Heart called On The Road Home, and when I heard Ann Wilson sing that live, gritty, semi-a cappella intro to Crazy On You, my mind was blown. I had never heard a woman's voice with such a spectrum of grace and wrath. This was the kind of voice I heard in my head as I was trying to find my voice, but could never describe. And now, suddenly, the bridge I was trying to cross to my own rock star dream was a little shorter to cross.

I had these examples of women, who played instruments, who sang with guts, who wrote songs about sex, and rolled with the boys on the road. They showed me that my dream was possible! They were the stars that I looked to to guide me as I was carving out my own path through the darkness. These ladies made it through to that elusive other side: that legendary shit, it gave me ammunition. Every time someone would try to discourage me, or tell me that I’d never get on the radio, or that I’d never fit in this business, I would list the women who came before me. It became a weapon in my arsenal. I could politely tell all of those people to fuck off and keep moving forward. I didn’t have to carry the weight that comes with being a woman all by myself. I had my female role models.

After being a frontwoman longer than I haven’t been one (21 years), I’ve seen it proven again and again that being strong is not synonymous with being male. Boys and girls are equal, but opposite. And gender isn’t just pink and blue, it is a grand spectrum of magentas, lavenders, deep purples, aquas, and navys.

I’m eternally grateful to all of the female role models who recognise the importance of owning everything they are: from high heels to heavy metal. They were an integral part of me finding my place in this world.

And now I get to be a role model for girls who are carving out their own paths behind me. I will be their North Star and not waste my time while I shine.