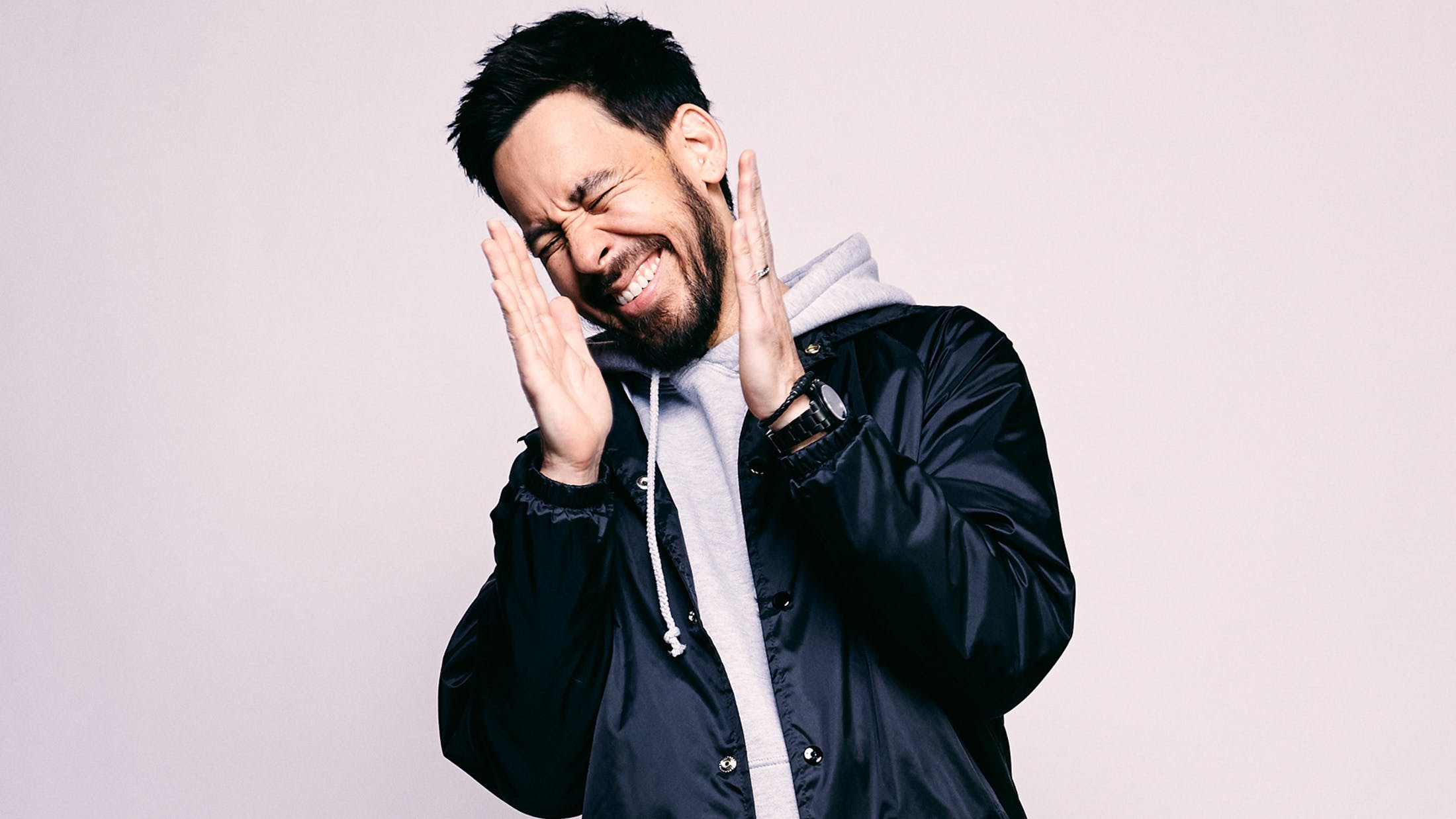 From animating videos to writing music for Russian movies, 2019 was a year of firsts for Mike Shinoda. He even gave editing Kerrang! a go. But which new experience did he find surprisingly difficult?

2019 was another whirlwind year in the life of Mike Shinoda. How have you found balancing all your touring and creative endeavours with everything else that’s important in your life?
“I think the most important milestone for me this year was wrapping up the Post Traumatic tour cycle. I did a few videos for the album, including one of my favourites, for World’s On Fire. I also got back into the studio to write and produce with a handful of other artists. Those projects will slowly be coming out over time. On a personal note, I took some short breaks from social media, because I was finding it to be a negative influence in my life. I actually love Instagram in particular, but this year I’ve found that I need to limit my interaction with it to smaller doses.”

Your lone show in the UK was at London’s Roundhouse in March. What are the memories that stick in your mind when you think back to that evening?
“That show was a real once-in-a-lifetime experience. Having Eg [White, musician/songwriter and Linkin Park collaborator] and Jon [Green, London-based singer-songwriter of The Bonfires] out on stage to play the songs we wrote together, including One More Light, really made it a landmark show. I think we were all moved that night.”

You mentioned the World’s On Fire video, which was your first entirely animated video.Where did that creative process start for you, and did you enjoy it?
“I had the idea for the story and the characters while I was out on tour. They popped into my head and wouldn’t go away. So I sought out a team who could help me get the animated video to the finish line. Venturia [Studios, in Bogotá, Colombia] had worked on a Green Day lyric video that I thought was cool, and I asked them to help me bring this idea to life. Especially with such a short timeline and limited budget, I think it came out great.”

You spent a lot of time on the road last year, and returned to a number of places, particularly in Asia, that you had not played in a long time. Which of those places stand out as being especially interesting, fun or unique?
“One of my goals for the Post Traumatic tour, in general, was to make every show special. I wanted to change the setlists dramatically from show to show; to take requests from fans, and improvise on songs, and basically just vibe out on whatever the crowd was giving me on the night. With that said, I don’t think I have a favourite show of all of them. All of the shows were so remarkable, and I don’t even know what happened or how. I think we were all just going with the flow.”

You also released a new song, Fine, written for the soundtrack to a Russian movie called The Blackout. How did you get involved with that, and did that process differ from your usual songwriting method?
“When the filmmakers asked me to write a song for the film, I was a little sceptical – doing a song for a Russian movie wasn’t really on my agenda for the year, to be honest with you (laughs)! But once I saw the rough cut of the film, I really wanted to be involved. I wrote the song in a couple days after that. And we worked on the concept for the video together. I really wanted to be a bad guy in that one. It was a good pairing for the song."

Away from music, you got the chance to spend a week in the Kerrang! Editor’s chair last year, filling the magazine with things that inspire you. Boris even got involved in solving K! readers’ problems, which probably seemed like a good idea at the time, at least. How was that experience for you?
“I’ve never been an editor of a magazine before, and I have to say, it was a lot more difficult than I expected! Especially since Boris was involved. He’s such a diva.”

What lessons from last year will you carry forward into 2020?
“I feel like I got a new appreciation and experience with improvisation and spontaneity. I’ve spent so many years in a band whose structure is very rigid – partially because it has such a big identity, and partially because you have to be organised in order to keep such a big train moving. But with my solo stuff, it was all so much smaller and more malleable. I think I learned a lot about simply riding the wave.”

It was easy in 2019 to be weighed down by negativity, but what did you see that gives a cause for hope this year?
“I don’t know if the world is getting worse, or if we are now all just hyper-aware of the things that we think are bad. Part of me feels like my parents’ generation must have felt this same way about the world when they were our age. Regardless, there’s always room for hope. It helps us to aspire to do better.”

Do you have a message for your and Linkin Park’s fans in 2020?
“The last couple of years have been all about gratitude for me. I hope that fans can share in that perspective and spirit.”