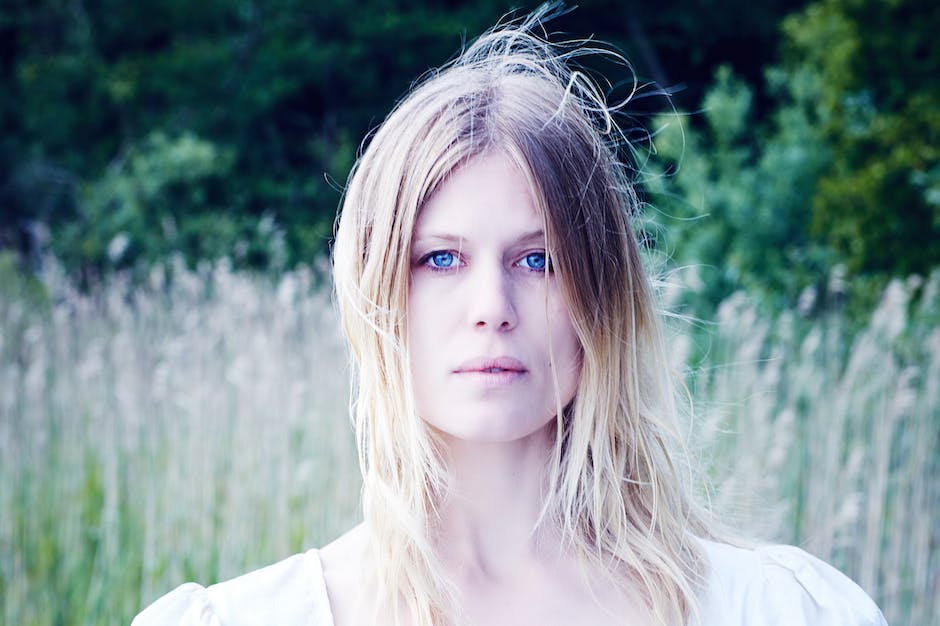 Myrkur is the one-woman black metal musical project of Danish musician Amalie Bruun. She was cool with us asking silly questions about blood, the internet and selling her soul. Let's get on with it, shall we?

What’s the longest you’ve gone without sleep?
There might have been a little nap but I’d say between two and three days. Situations like that have mainly been due to insomnia or flights. I’ve never done drugs! Maybe my generation saw how all the drugs have fried the brains of our parents’ generation. We definitely don’t want any of that.

What’s the wildest thing you’ve done for a dare?
For some reason, only one dare seems to come to mind – we were on tour and someone said they would give me $20 if I kissed a doorman on the cheek. So I went up to do that and he flipped out, thinking I was insulting him. He screamed and pushed me away, the band was crying with laughter. And in the end, I didn’t even get the $20 because I couldn’t get close enough to his face.

Have you ever shed blood in the name of rock’n’roll?
I have numerous times. Once I was recording some demos at home and screamed so much my eyes went all bloodshot. My mum was wondering if I was okay! I’ve cut myself carrying gear in dark and slippery places. I just filmed a new video 2,000 metres up the Norwegian mountains. It was so dangerous I looked like a leper when I came down.

What’s the worst fuck-up you’ve had onstage?
At my first headline show in Copenhagen, there was loads of smoke, the lights went dark and everyone was excited. I played the first note on the piano, started singing and the mic wasn’t on for about five minutes. Which, when you are onstage, feels like five years! I’ve also been electrocuted and fallen over after stepping on my dress.

What’s the worst thing you’ve read about yourself on the world wide web?
I get everything from death threats to hate videos. There are long think pieces about how I’m ruining black metal and I’m the worst thing to happen to anything. I also get annoyed by all the conspiracy theories – people changing my Wikipedia to say I was born in Chicago and pretend to be Danish. It’s a bit like Obama: what do they want, a birth certificate?

What musician would you be most starstruck to meet?
This is tough, but I’d have to pick King Diamond. I love him so much: the music, his role-playing, his voice, all the ghost stories and conceptual albums have been a big inspiration to me. There’s something otherwordly about him, it almost makes me feel upset. He’s also really Danish and sounds like he never left Denmark!

What’s the weirdest place you’ve been recognised?
I’m lucky in that no-one outside of the scene really knows who I am and would like to keep it that way. It’s like that scene in Coming To America where Eddie Murphy is stood in a queue, no-one cares, and then one person walks past and starts worshipping him! So when I go to the grocery store, no-one gives a shit, but when I’m out at certain shows I’ve had people start crying when they meet me!

You get to sell your soul to the devil in return for one superpower. What do you pick?

This one is easy: killing people with my eyes. Seriously, I think about having this superpower every day. I just look at someone and then they die. The best part would be that no-one could trace it back to me, unless I wanted them to!

You wake up one morning as Queen Of The World. what’s the first law you’d enact?
No cell phones in public spaces. If you speak on your mobile while you are on the bus or in the airport… you die! I would use my superpower if I had to. That would be the first thing because I feel it’s the worst thing about our society right now. Those one-sided conversations we get forced to hear because people are yelling away. It’s just not fair.

Is there an afterlife?
I think we all go to Valhalla and sit amongst the gods in a big wooden hall where everyone eats, drinks and dances. If you want mead out of a horn and to hang out with Thor, then I’d say you’ve ended up in the right place.

Myrkur rummages through her record collection to pick the most influential songs in her life – from Prince to The Cure.

Get the folk in: Danish black metal enigma Myrkur explores the quiet side with Folkesange