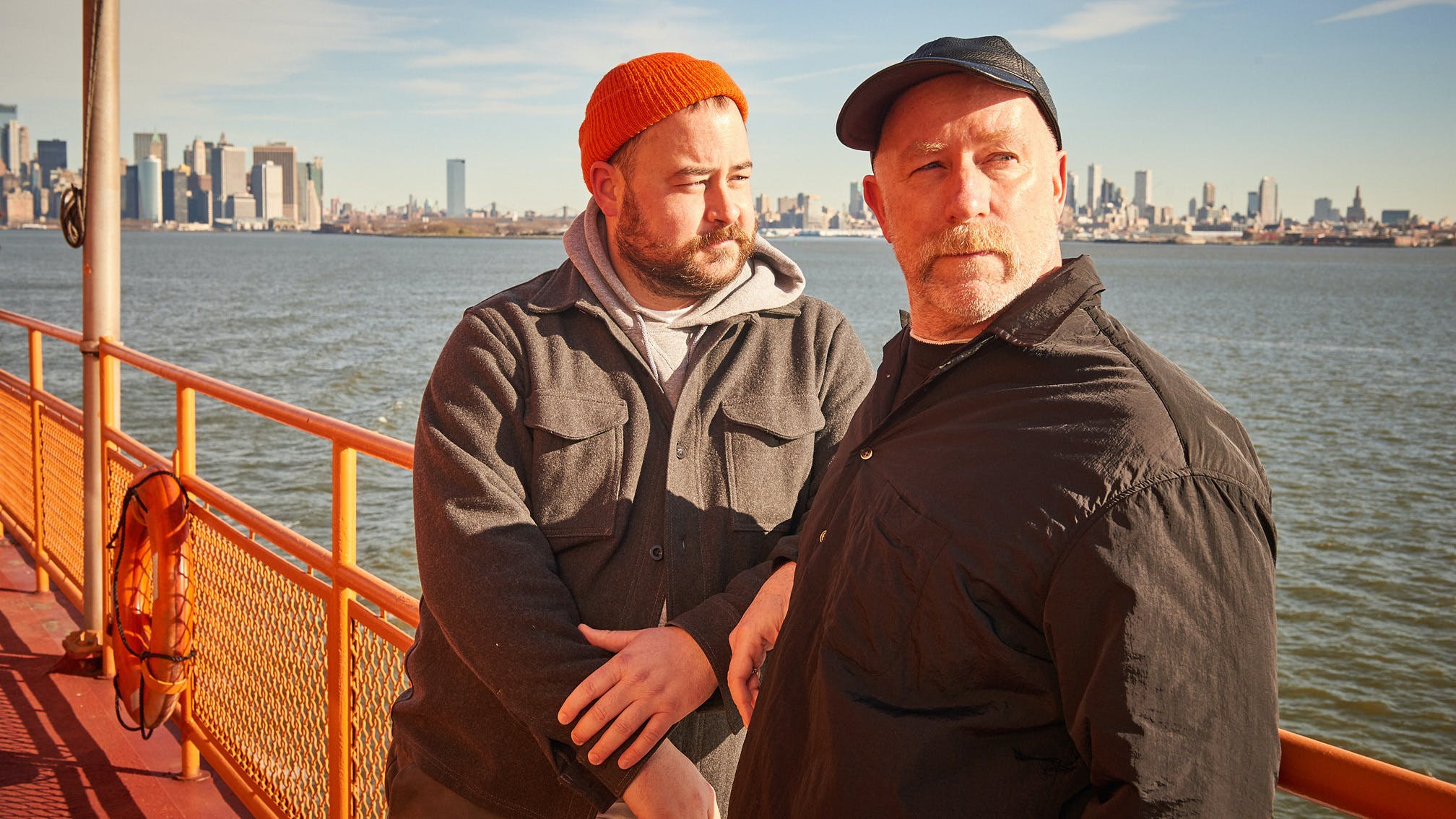 Back in March, Kerrang! published an op-ed titled ‘We need to talk about metal’s online homophobia problem’ written by yours truly, in which I explained my own experiences of homophobia within heavy metal. This piece came in response to the homophobic comments strewn across social media relating to a news article about Man On Man, the new project from Faith No More’s Roddy Bottum and his partner, Joey Holman.

Given that my article provoked an equally outspoken response on social media – with commenters declaring there is no problem, despite many gay metalheads knowing that to be false – it felt important to get Roddy and Joey’s feelings on the topic and surrounding issues.

Here, we sit down with Man On Man to discuss the online backlash, their reactions and how best to progress from here.

With Man On Man, did you expect that at some point there were going to be some people being arseholes?
Roddy Bottum: “Yeah. When I approach projects, there’s a sense of provocativeness that’s ingrained in me. I always hope that some people will be pissed off. Our convictions are true. And coming from that place and knowing that we’re saying something, sharing something that we feel to be true, it’s an untouchable place to be. I couldn’t care less about any people who naysay. It’s not my concern.”

So, there’s a little bit of you that likes pissing people off?
Roddy: “Yeah. It’s inspiring to me to piss people off, especially when I’m coming from a truthful place. It’s inspiring that it would ruffle feathers. I like that because it means that it’s working. People don’t understand it and it scares them and they have a bad reaction. That’s great. And they’re talking about it – even better.”

Did you have a different view on that, Joey?
Joey Holman: “If it makes people upset, I really don’t care. But when I read what people are saying, that was actually was really hard for me. I had never been in a place to get feedback that was so hateful. I didn’t care about people not liking it because I’m not stupid, and not everyone should like it. That doesn’t bother me. But to specifically see why people don’t like it and it be personal attacks about my size or my sexuality was so jarring. It felt like people were saying that directly to me. When Roddy and I first discussed that this was happening specifically on the one outlet in particular, Roddy was really good at centring me immediately. He created boundaries very quickly; he didn’t want to hear about it. He knew it was going to happen, but that taught me and led me to not put stock in what naysayers are saying because they’re going to exist no matter what.”

Roddy: “I just drew the line. It’s a tricky thing. People are talking about you, and you want to read what people are saying. That’s just human nature. We stumbled onto that Blabbermouth thread, Joey was reading aloud what some of those responses were, and I said, ‘No, I don’t want to hear this. This doesn’t do any good for me.’ I’m fine to know that that exists, and I know in the world that we live in there’s people whose ideologies don’t match up with ours. I knew it would happen, but reading it doesn’t serve any purpose. So the line that I drew was just to not engage or not hear those things, which I’m fine with.”

Were you at all surprised that the homophobia in the comments on the Blabbermouth post got any pushback with media outlets saying, ‘Hang on, we need to say something about this, this isn’t good’?
Roddy: “It was really great to hear [Kerrang!] pipe up in that way. I wasn’t really sure if that would be addressed. It seems like the change that we’re all going through as a world with social justice, injustices, and people stepping up to the plate, I’m seeing [change] in a way that I wasn’t sure we would. It was nice to see it come into our realm. People standing up for us.”

Joey: “I’m curious about the social responsibility of outlets who are posting our news stories using the same photo of us in our underwear, knowing that it will get straight guys to click it and comment poorly on it. Because the more clicks they get, the more comments they get, which means that they’re on the website longer, all of which means that they’ll get money from advertisers. There’s such a bigger game at play besides just homophobia. And then culturally, I know for a fact there are gay guys who are in the closet, who are probably posting homophobic stuff about our music because what we’re doing scares the shit out of them because it reveals in themselves what they like. I’m not saying that everybody who says homophobic stuff is gay, but I know what it’s like to be a kid from the South in America, grow up in this religious environment, and need to give lip service to homophobia so nobody knows that you’re gay. There’s so many more things at play than just somebody saying something mean.”

Do you think that scared kid you speak of is going to be helped by seeing people say, ‘Actually, the guys making the bad comments is not okay’?
Roddy: “It feels like for the most part, people who make shitty comments get spoken down to, and it’s clear to people like us who are on this side of the fence that our bigger truth is always defended in a big way. And I think kids who are coming to terms with their sexuality, or at a crossroads, will see that.”

Joey: “I think that – with the straight people who are making homophobic comments – it’s also because they don’t have good role models. To see a straight person talk about gay people, queer people, lesbians and trans people tenderly and compassionately, through the lens of understanding and sticking up for them… there’s not enough of that. It also comes down to the responsibility of these bands. At best, we get pop stars who use gay people in their videos and have them at their shows, but we need voices in the rock and metal communities who have a stance on it, and who talk about it. Because I think that will encourage other people to stop saying stupid shit like that.”

Yeah, I don’t know what the solution to this is, but I do object to having to go onto a site that’s talking about music and seeing people being homophobic. I don’t need it to see it when I’m reading about a band’s new album.
Joey: “And I agree with that. I am also torn and this is a new conversation, right? I don’t know how I feel about it. Because I also feel like, gosh, the coolest subcultures, the coolest clubs, and the coolest bands formed because there weren’t spaces for queer kids to exist. And it’s like, I don’t want those people in those places to go away, or those viewpoints to go away. I want everybody to be safe. I want to protect mental health. But I also love [that] queer culture is very resistant, and it’s very, ‘Fuck you’ And that attitude exists because of that homophobic standpoint that the whole world seems to have.”

How much do you hope that the next time you do a record that the conversation can just be, ‘We made this great record that we’re really proud of’ and not about what some homophobe has written on the internet?
Joey: “I think that’s okay, though. I don’t want to live in this reality where I think that everybody is cool with what I do. If there’s a system that we’re not accepting, that we’re trying to push through, we have to be aware of that system in some way. We can’t just think, ‘Oh, everything’s cool! It’s positive. We’re queers making music.’ We have to be brave. We have to actually be strong and have thick skin to be able to deal with people who say stupid shit. Part of the reason why we’re doing what we’re doing is to broaden queer influence, and to broaden queer influence means to stretch into places that it wasn’t before. That’s going to make people uncomfortable.”

Roddy: “I look forward to those conversations, always.”

Even if it means you have to think about some of the negative things? One of the things that I found really helpful is not to focus on this kind of thing too much, and not to have too many conversations about it. If you’ve got to have one, you’ve got to have one. But I don’t want to spend all my time talking about the negative side of things, when actually there’s an awful lot to be very positive about. How unpleasant is it having to have that negative conversation, for you?
Roddy: “Personally, I like that negative bit of the conversation, that’s great. It brings up things that people are afraid to talk about. I miss a time when I was young and there were no gay people in the music world. It was a heroic place to be and I felt like I had a lot to prove, and I was filled with an inspiration to do that. And I loved the backlash. A backlash to me only means that you’re making progress. And those conversations only mean that stuff is going forward. It’s the silence and the secretive talking in whispers that I find a lot more dangerous. So if we can bring those voices into the forefront and discuss things, that’s great. It’s always a good place to be.”

Faith No MoreMAN ON MAN