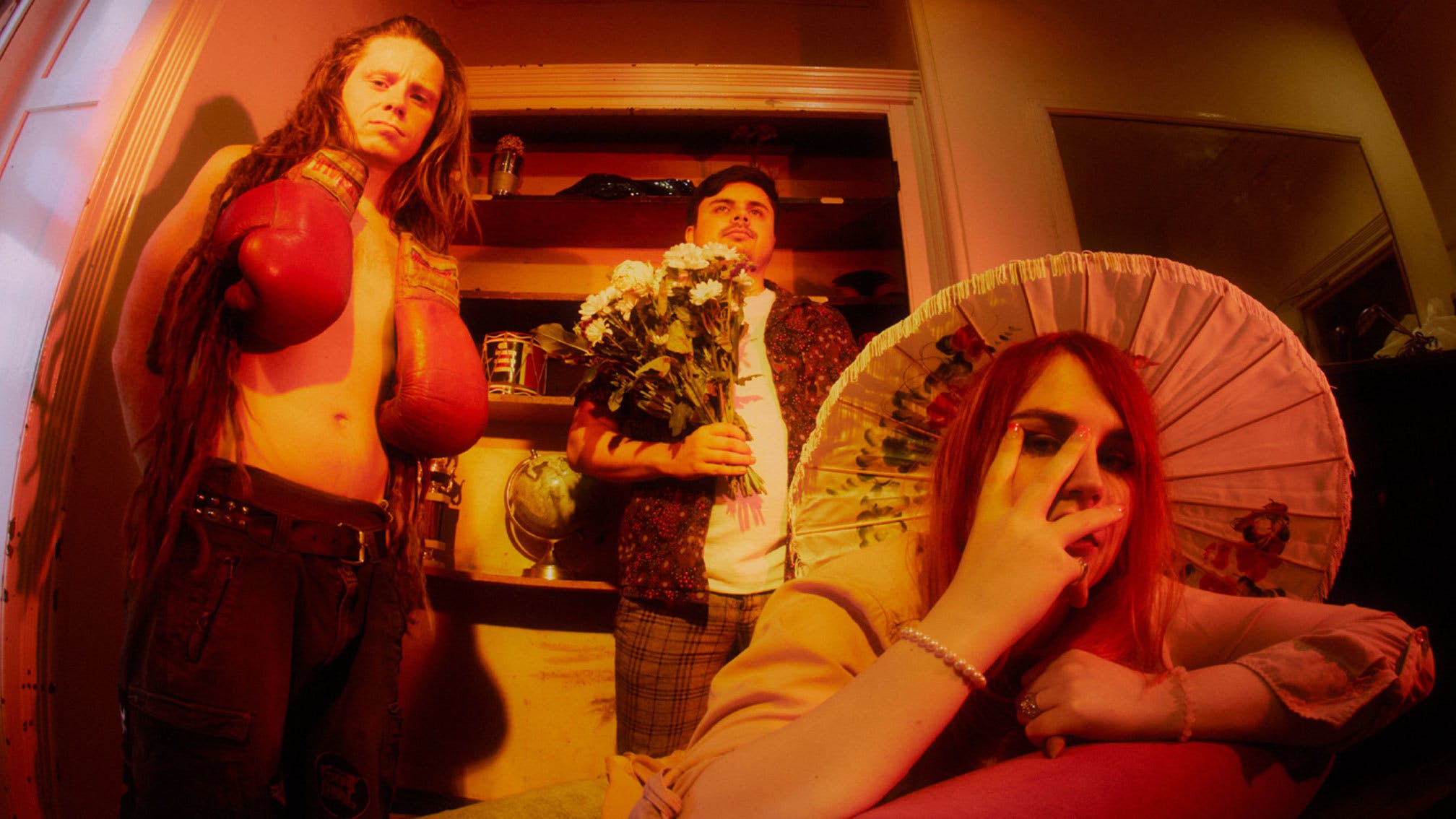 Vocalist / guitarist Kate Davies had the modest of expectations for Mirrors, the debut full-length Pupil Slicer released back in March 2021.

“We thought about 30 people might listen to the album, and we might sell 20 copies on vinyl,” Kate recalls. Instead, the trio have become one of the most talked-about bands to emerge from the extreme music underground in recent times.

The spark that lit this ascent came when a line-up change saw Kate take charge of vocals and lyric-writing, a new start which also found them and drummer Josh Andrews keen to move on from the band’s goregrind origins in favour of a more wide-ranging approach.

“Josh’s favourite bands are Rolo Tomassi and Slint,” says Kate. “I love Deafheaven, Converge and The Dillinger Escape Plan. Our bassist [Luke Fabian] is a proper metalhead. Somehow mashing all of these influences together created something fresh. We’re trying to make something which gives us the same feeling as all these different bands we love.”

As their music has developed into something consistently chaotic with maximum brutality, so Kate’s lyrics retain a savage edge despite moving far beyond gore, dealing with their own experiences of depression and anxiety along with anger at the discrimination and violence directed at the trans community to which they belong. “I’m not a very outspoken person in my personal life,” Kate reveals. “It’s quite funny that I seem to be able to manifest this different persona for performing that’s a really strong outlet for talking about these issues.”

This catharsis is crucial to the band’s appeal, with Kate adamant that, “I want people to be energised, and wanna go mosh, do spin kicks in the pit and jump off the stage – like a big energy release. And it’s meant to be fun music. Some of our riffs are meant to make you pull a funny face!”

You’ll get the chance to experience a Pupil Slicer show this month, when they head out on tour with Rolo Tomassi, before a summer when Kate wants to play “every festival under the sun”. Get ready for the angriest – but most fun – new band you’ll see in 2022.

This article was originally printed in December’s one-off live music special. Pupil Slicer are on tour from February 21.