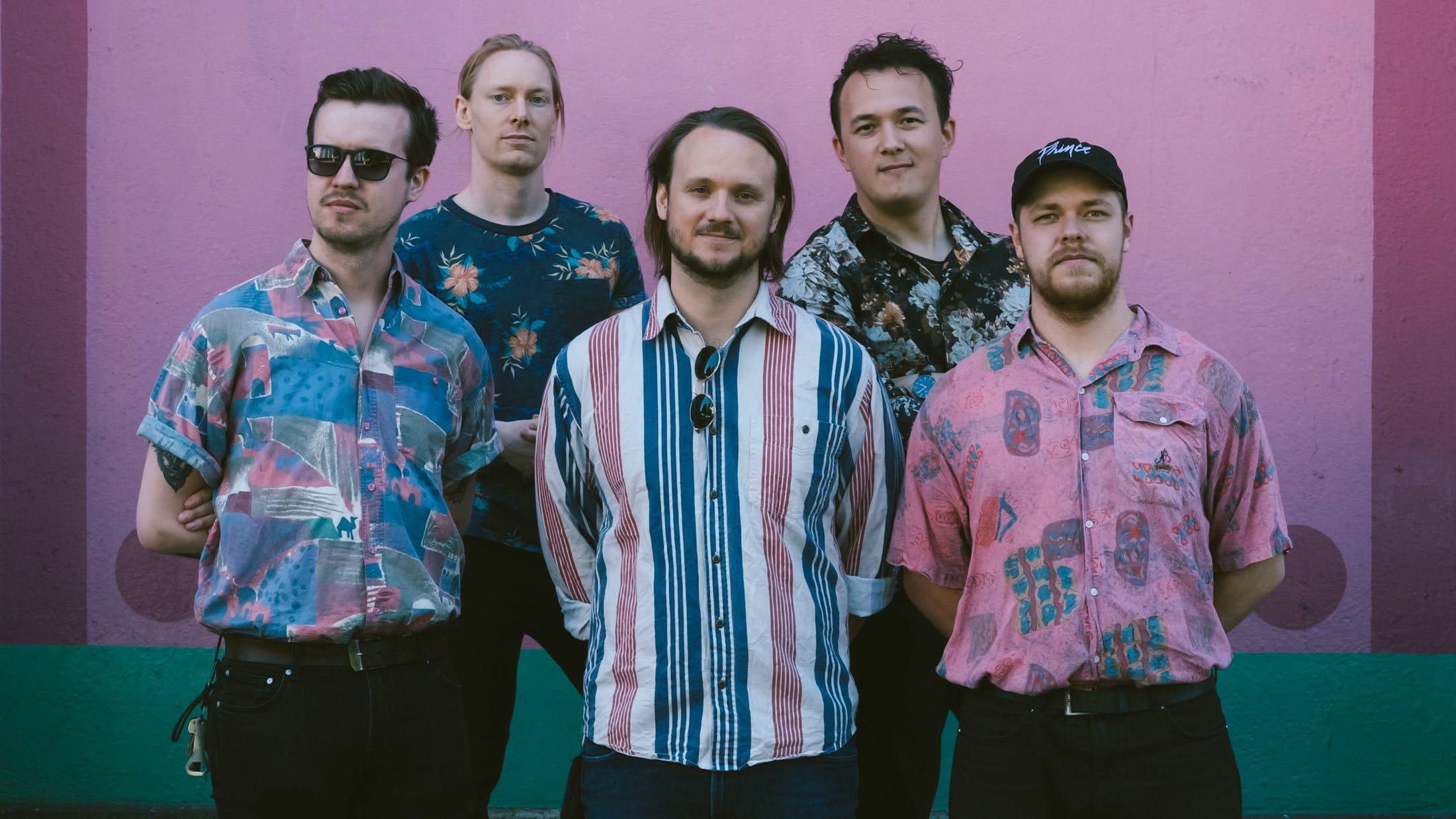 Since the release of their self-titled EP in 2014, Danish five-piece MØL (that’s ‘moth’ to you non-Danes) have been seen as darlings of the blackgaze movement. Bolstered by an endless series of knockout live performances, they have received critical acclaim for their swirling guitars and hissed vocal attack that blurs the edges between dream and extreme, firmly placing them alongside the likes of Deafheaven and Alcest.

Despite the clear similarities, vocalist Kim Song Sternkopf isn’t a fan of the term blackgaze. While he understands that ascribing a label to music is beneficial for attracting listeners – especially in these days of algorithms and mood playlists – Kim feels that the phrase itself is an oversimplification.

“I think we're more than that,” he begins. “I feel we have elements from a lot of stuff, like ’80s rock, and you can hear some surprise Van Halen solos going on somewhere. We enjoy having the freedom to have a backbone of something harsh from the metal part and something ethereal and soft from shoegaze. There are no specific rules – not with us, at least. Other than the structure of the songs and the structure of the album, it’s really the coherence and dynamics that are some of the main components of our songwriting. There has to be a specific soul or at least a specific distinction from track to track.”

This soul-searching sound was perfectly distilled in 2018 with the 5/5-rated debut album Jord (Danish for ‘earth’), and now the band are back with album number two, Diorama, having signed to Nuclear Blast.

The ‘difficult second album’ is a dreaded undertaking for many bands, trying to harness the momentum of their first impression without retreading old ground. For MØL, this was never a concern: Kim simply wanted to continue the catharsis. Previously a religious person, and a believer in the afterlife, Kim is using his voice to make peace with (and let go of) his past.

“It was my way of reconciling myself with the thought that I'm going to end up in the ground someday, because I actually used to be a believer,” he explains. “Diorama is the continuation of that. What do you end up with when you experience loss of meaning? There’s no sense of urgency when you're not training for utopia. I grew up in the Christian faith, but my parents were also really deeply involved with a lot more extreme environments and that kind of coloured my childhood. That’s what I'm trying to work through, so for me it's actually pretty personal.”

It’s not just the lyrics that have taken on a deeper, more personal meaning – Diorama is the hardest the band have ever challenged themselves instrumentally. While previous releases have leaned heavily on the guitars to guide the direction of each song, their latest opus sees the strings stripped away, paving the way for the percussion to make more of an impact. While MØL’s typical influences revolve around the likes of My Bloody Valentine and Slowdive, drummer Ken Lund Klejs’ inspiration for this particular record may raise some eyebrows.

“On Vestige, there's a really direct reference to Travis Barker in the drums,” Kim says. “There's nothing off-limits, but we stick to some of the essentials of what we feel MØL is, and there are really strong melodies and songs that fit together. The emotional narrative unfolds before your eyes, or at least before your ears. And we really like that we can present eight tracks that are vastly different from each other, that have a character of their own. We would describe them as characters in a play, or parts of the history that's being told.”

What’s perhaps most striking about Diorama is how much influence has been pulled from the Ari Aster horror film Hereditary. Kim relates heavily to the protagonist, Annie, who builds dioramas as a means to process her trauma. Likewise, Kim uses his lyrics as a medium to express inner turmoil.

“I could relate a lot to how you tend to try to objectify the trauma, or at least the hard things that you're going through. Put it out in front of you and try to look at it from different angles. That's one of the things that I like about Hereditary; Annie really tries to look at specific events from different perspectives, trying to wrap her head around why things happened.

“I think this is my way of doing the same thing with some of the trauma that I've worked through. Both in therapy through the last couple of years and also with my family. There's a lot of confusion going on and a lot of searching for parental figures. And I see the same thing in that movie as well. Even though the mother isn't there, her ghost is looming over the whole story. There’s something about the past trying to possess you or make you a part of it that just enticed me. I see this album as a way of drawing a line in the sand and trying to break the cycle of social heritage in some sense.”

Never a band suited to studio life, MØL are taking Diorama on the road in February 2022. Having just wrapped their release show in Copenhagen and headlined Aalborg Metal Festival, Kim is eager to share the emotional impact of the album on a global scale.

“The thing that I like about this record is it gives more variety to play with when building setlists,” he grins. "We’ve just put on a couple of shows with a mix of some of our old songs and new songs and they're enjoyable sets to play. So I might like writing, but I always feel like it's pretty painful at some point, because it has to come from somewhere personal. But, live is where it happens – that’s where I come from. I just need to go out and dive head-first into the crowd. That's what I love.”

Diorama is out now via Nuclear Blast.

From Bandcamp To Blackgaze: Why MØL Are Reissuing Their First Two EPs

Exclusive: Listen to MØL's first two EPs ahead of their re-release