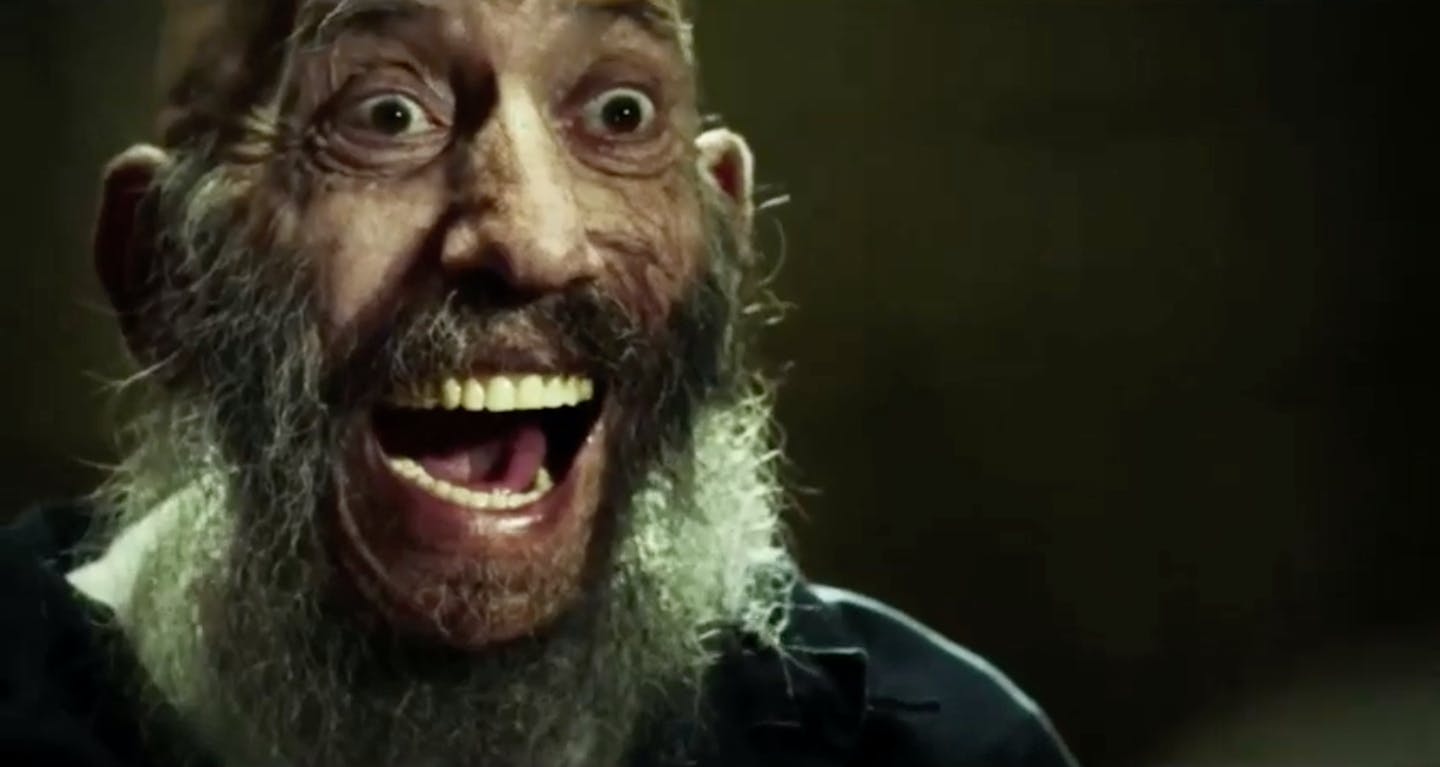 Last week, the metal and horror communities were heartbroken to hear about the death of Sid Haig, the character actor best known for playing the murderous clown Captain Spaulding in Rob Zombie’s Firefly Family movies. Sid’s death made the actor’s brief appearance in 3 From Hell, Rob Zombie’s latest film, his final appearance onscreen -- which, in retrospect, cast a sour light on the many critics and fans publicly chewing Rob out for "replacing" Spaulding with Richard Brake's Foxy. Now, Rob Zombie has admitted that Haig was not only ill, but aware that this would be his final role in a movie.

“It was kind of a drag, because I knew people would wonder about that,” the singer and director told Kerrang!. “And especially, you know how fans are -- ‘Fuck you, man, you shoulda’ done it like this!’ But I wasn’t in a position where I could tell what was happening, because it’s not my life, it’s someone else’s private business, their health. So I was slowly letting on what was happening, because it became more public -- that he was in the hospital, what was going on.

READ THIS: Never turn your back on a clown: remembering Sid Haig

“But we’re very fortunate that we got that scene,” adds Rob. “People are like, ‘You should’ve done more and more,’ but it’s a miracle we got that. I’m very happy for that, because it would’ve been really a drag to not complete that character’s journey, especially with what is happening, and what has happened.

“Sid knew that was going to be his last thing,” says Zombie. “I mean, we talked about it, how ill he was. He put on a brave face, but he knew that was probably...you never know for sure, but he was pretty sure that would be his last appearance in a movie. So we had to make it happen. And it got dicey for a minute that it wasn’t gonna happen at all, so it’s good that we got that. The scene, although fairly brief, is pretty good. “

Rob Zombie's 3 From Hell will return to theaters for one final night on October 14. Tickets are available via Fathom Events' website.

3 From Hell will be available on digital download platforms, Blu-ray™ and DVD on October 14 from Lionsgate UK.

Everyone at Kerrang! sends their heart out to all of Sid Haig's family, friends, and loved ones. In his memory, watch him headbutt scream queen PJ Soles in the face in this scene from The Devil's Rejects.