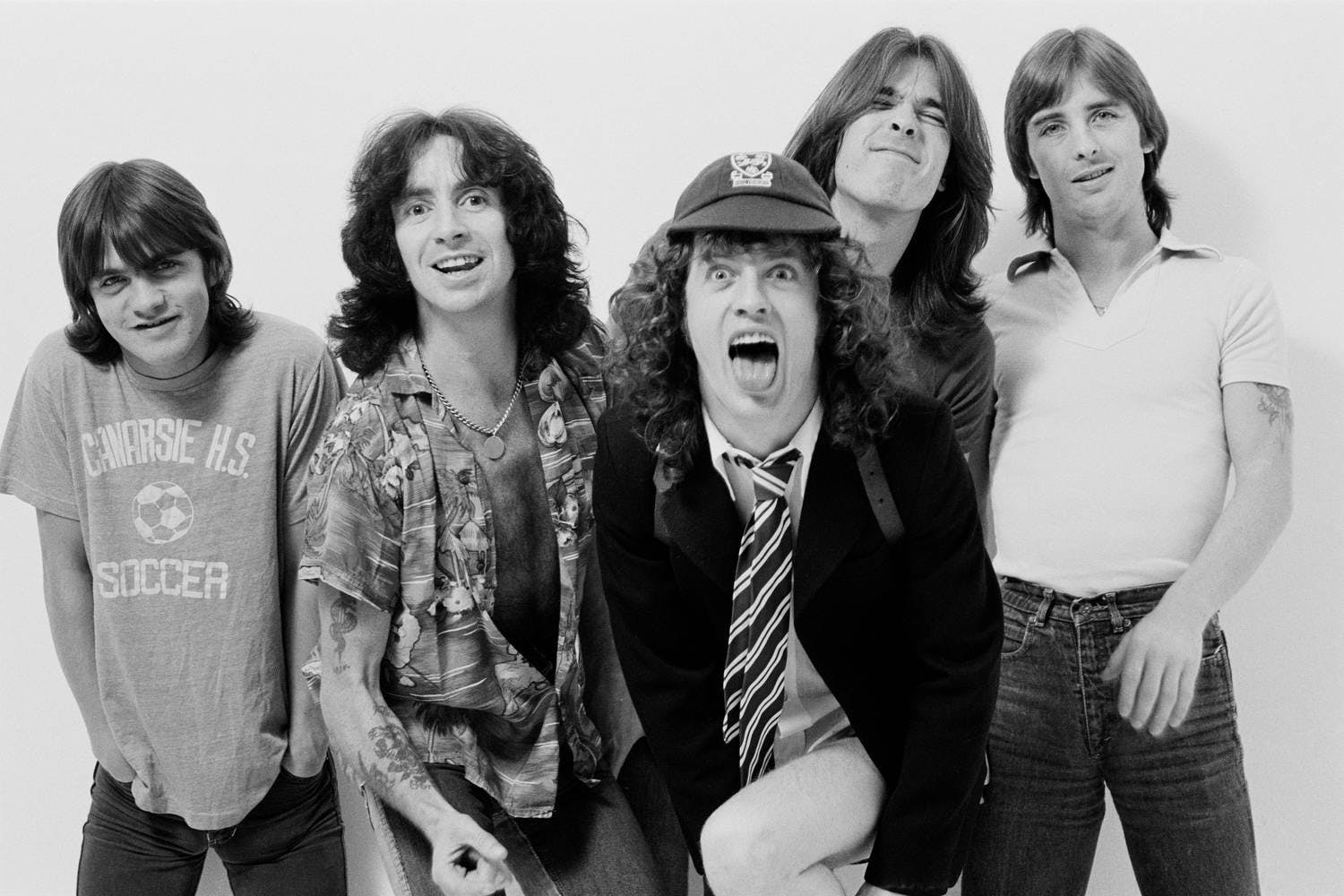 Ever seen Angus Young without his school uniform? It's weird. It's like seeing someone without their glasses on. (Obviously, do not try to remember the 'uniform-free' element of AC/DC shows...)

Anyway, like with everything, there was a first time that Angus stepped onstage at an AC/DC gig with his schoolyard getup on. Though now an iconic look, in them days, wearing such garb in an Australian pub was to declare open season on yourself...

"That was the most frightened I've ever been onstage," he told Total Guitar. "But thank God, I had no time to think. I just went straight out there. The crowd's first reaction to the shorts and stuff was like a bunch of fish at feeding time — all mouths open. I had just one thing on my mind: I didn't want to be a target for blokes throwing bottles. I thought if I stand still I'm a target. So I never stopped moving. I reckoned if I stood still I'd be dead."

On one occasion, things got worse. To wit, some charming punter pulled out a knife. Well, actually, it was a bit more Crocodile Dundee than that. That wasn't a knife, this was a meat cleaver.

"I remember one night I said to the rest of the band, 'I'm not going out there,'" Young recollected. "The police couldn't get in the place. There was some madman running around inside the hall with a meat cleaver, chopping into the people! And the front row was all bikers. I said, 'They just want blood!'

"You looked out and it was just like murderers' row. And the look on their faces is like, 'Send us the little guy in the shorts!'"

READ THIS: How AC/DC's Back In Black changed rock music forever