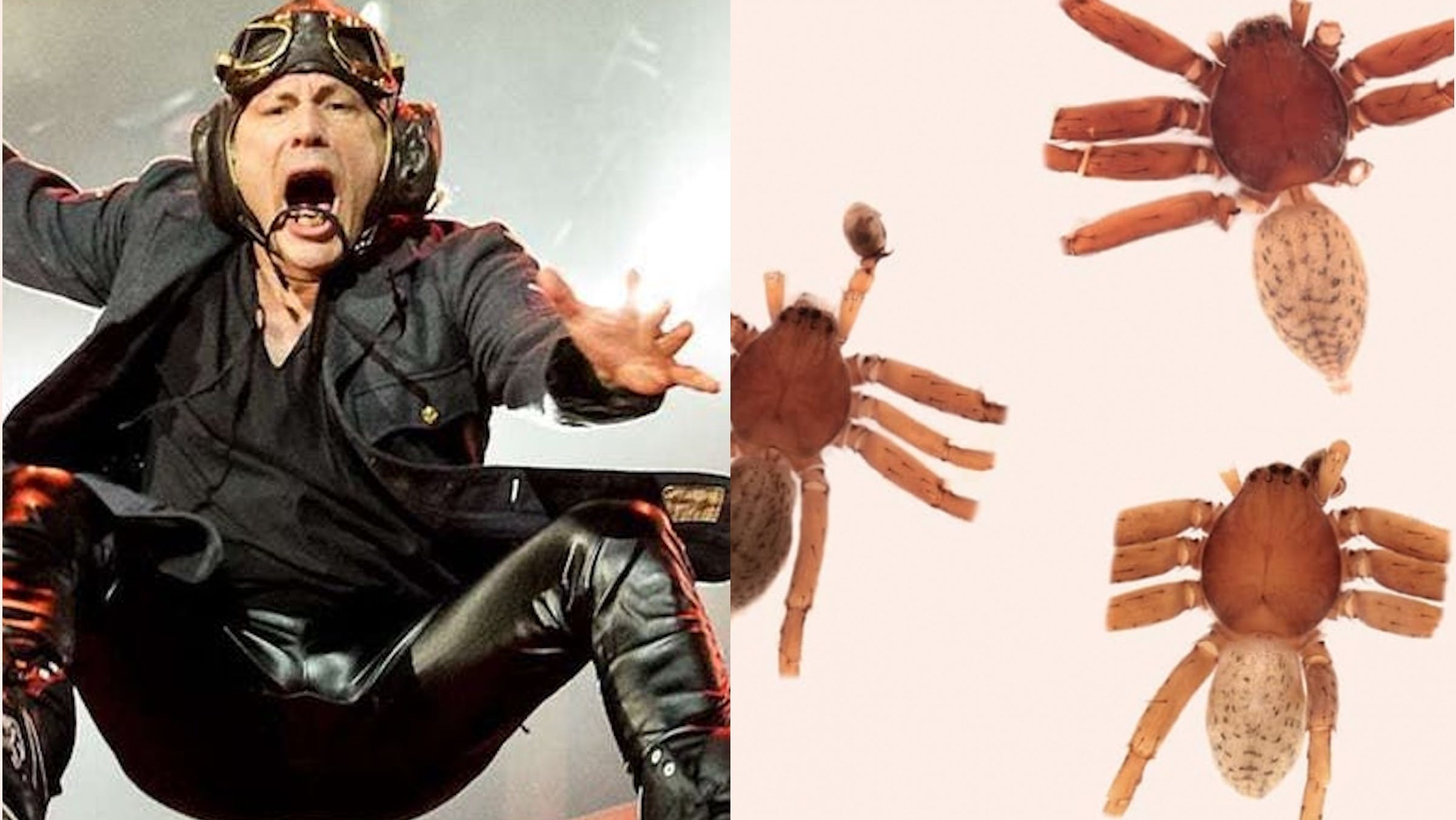 As a heavy metal musician, there are different signs that you've truly made it: your own festival, a signature beer, a sponsorship deal with a massive company. But getting a newly-discovered animal named after you -- that is truly a sign that you are one of history's greats. Now, a handful of metal musicians have entered this elite club, as a scientist in Brazil has named four new species of spider after them.

According to PRI, Brazilian scientist Christina Rheims at Sao Paolo biological reasearch center Instituto Butantan has discovered four new species of spider of the new genus 'Extraordinarius', and has given them Latin names referencing four of her favorite metal musicians:

Above: Rheims's four new species of spiders, stumbling home from the pub together.

READ THIS: Heavy metal is good for your health, according to recent study

Rheims has named over 200 species of spiders, with her taxonomy always taking a somewhat metal bent: "For my Amazonian specimens, I chose the main characters from Brazilian legends, and then I had another genus from Mexico and I decided to go with demons."

This time around, though, she chose metal stars for one simple reason: “This is the kind of music I like and I usually listen to."

She also chose musicians based on whether or not they adequately fit the Extraordinarius label: "I've always wanted to honor Rick Allen because I think he's an example. You have a drummer that loses an arm, and he continues his career and he learns how to play with only one arm. So he's one of the Extraordinarius as well."

The fandom isn't a one-way street, either: upon learning of the dubious honor, Klaus Meine contacted Christina and asked for a certificate from her, which she signed and sent on.

“I like to joke that now he has my autograph,” says Rheims.

READ THIS: Ozzy Osbourne is a mutant, according to DNA researcher